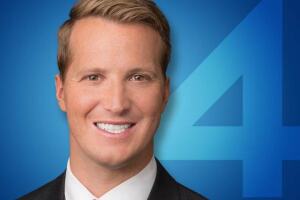 Storm Team 4 Meteorologist Brian Niznansky gets you out the door weekday mornings on 'TMJ4 News Today.' Brian's forecasts were named "Best Weathercast" in the state by the Wisconsin Broadcaster's Association in 2019.

Brian joined TMJ4 after working several years at our sister station NBC26 in Green Bay. Prior to Green Bay, he worked in Wausau, where he was voted “Favorite Weathercaster” by the readers of the Wausau City Pages. Brian grew up in Racine, graduated with a degree in Meteorology from UW-Milwaukee, and is absolutely thrilled to be forecasting for his hometown.

While home visiting friends and family, Brian met his wife Julie at Bastille Days in downtown Milwaukee, and they eventually married in Green Bay. Julie and Brian now live in Grafton with their two young daughters, Olivia and Riley. Most of Brian’s family remains in Racine, and Julie’s family in Mequon. Brian explains, “It’s very important for our daughters to have a close relationship to their grandparents.

Brian’s fascination with weather goes as far back as he can remember. According to Brian, “I used to get picked on for watching The Weather Channel more than ESPN.” As Brian went on to study Meteorology at UW-Milwaukee, he learned the broadcast side of things, while being mentored by John Malan.

Brian is a weather nerd down to the core. “If I’m not at work tracking storms, I’ll either be checking them out from home, or out chasing them down,” he says. But don’t be fooled - Brian is also a Badgers, Brewers, Bucks, and Packers fanatic. He’s pretty much the biggest homer possible. “There are only a few things in life which rank higher than the Packers, pretty much just weather and family.”

If you have a great weather photo, send it to Brian.Niznansky@tmj4.com - you might see it on the air!