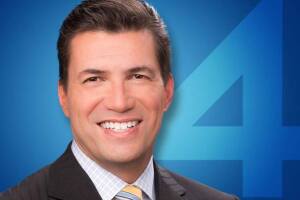 Growing up in Rice Lake, Wisconsin, Lance Allan kept a working notebook on all kinds of sports statistics and interesting facts. "I loved sports even as a kid, but quickly realized that I wasn't a great athlete," said Lance. That didn't stop him from participating in everything from baseball to neighborhood kickball games, though.

When Lance reached high school, the freshmen were asked in one particular class to think of a career they might like to pursue. "I thought right away that I wanted to be a sports announcer of some kind." His interest in sports broadcasting seemed to develop early and naturally.

Even as a high school junior, Lance landed a job at WJMC, Rice Lake's local radio station. He did the small scale stuff that any teenager would be expected to handle, which wasn't a disappointment to Lance. He was getting a taste of broadcasting and loving every minute of it.

From Rice Lake High School, it was on to UW - Barron County, and then the University of Wisconsin - Madison, where Lance studied broadcast journalism. Like many broadcasting students, Lance interned for the hands-on experience at WMTV, the local NBC affiliate, from Sept. 1991 to Aug. 1992. His real world preparation included editing sports highlights and conducting interviews.

Once graduation neared, the big question became, "where can I get a job?" At the time, Rhinelander, Wisconsin was recommended as the place to go and get your feet wet. So, Lance sent an audition tape, which generated a call from WJFW-TV's news director. "He called to see about my interest in doing weather. At the time, I wanted anything to get started, so I took the job as WJFW's weather guy, if you can believe that," said Lance.

His official title was weather reporter, but station management knew that Lance's heart was really in sports. "I did get the opportunity to shoot sports stories between my weathercasts, which was great," said Lance. "Because the station was so small, I really did a little bit of everything for two years...anchoring and reporting in news, weather and sports."

In May 1994, Lance moved into sports permanently, a position he held for a year until he grabbed an opportunity to become weekend sports anchor at Green Bay's WFRV-TV. "I was excited to move to a bigger market," said Lance "Working in different capacities at WJFW taught me so many things, though. For one thing, I determined how much I really liked sports and wanted that to be my area of concentration. Being in weather taught me how to ad lib, and working as a news reporter taught me how to be thorough. It was so worth starting where I did."

After a little more than a year at WFRV, Lance heard about an opportunity in the TMJ4's sports department. "In my opinion, TMJ4 has the best reputation around the state as far as the place to be in broadcasting. I wanted to give it everything I had to make their sports team." After the traditional resume tape reviews, interview process and difficult wait for a response, Lance got the call from TMJ4. "I had said whatever the outcome of my interview process, I just wanted a critique my tape and let me know how I was doing," said Lance. "Then I got the call. I was overwhelmed. I felt like all my education had finally paid off and that one of my bigger goals had been reached.

Lance is happily married, and the proud father of three beautiful children, including identical twin boys. He was named the Wisconsin Sportscaster of the Year in 2012 and 2005 by the National Sportscasters and Sportswriters Association.

Have a story for Lance? Shoot him an email at Lance.Allan@tmj4.com