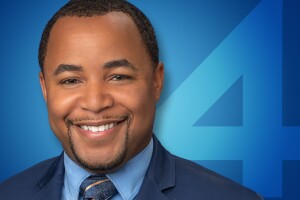 Tony Atkins joined the TMJ4 team in August 2019 as a reporter. He's extremely excited to work back in his hometown of Milwaukee after five years on the road. Tony looks forward to covering stories that matter to people he's known his entire life. He does not, however, look forward to cold winters.

Prior to Milwaukee, Tony worked as a Reporter in FOX13 News in Memphis, TN, a digital journalist at WPXI-TV in Pittsburgh and a Digital Media Associate at the Austin-American Statesman in Texas.

A grizzled veteran of the newsroom already, Tony completed two internships with the TMJ4 Sports team. He is thrilled to work with colleagues, new and old.

Tony is a 2013 Journalism and Media Studies graduate at the University of Wisconsin-Milwaukee. In his free time, Tony enjoys local sports, comedy and the outdoors and is always on the hunt for hard-hitting stories with IMPACT and VALUE.

If you have a story idea, Tony can be reached at Tony.Atkins@tmj4.com