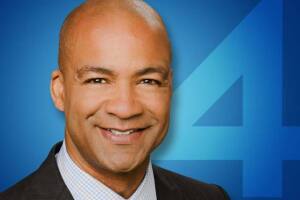 Rod Burks joined the TMJ4 sports team in March 2006 and is teaming up on the weekends as the Sports Anchor.

Rod worked for WSVN-TV in Miami, where he covered Shaq and former Marquette star Dwyane Wade. "On any given day, you just never knew what was going to come out of Shaq's mouth," says Rod. Rod loved covering the Heat, the Miami Hurricanes, the Marlins and the Dolphins. Now, Rod loves to cover the Packers and their fans.

Rod is no stranger to the midwest. He started his broadcasting career in the Chicago area while attending Columbia College. His tenacity led him to a rare opportunity to cover Bears games. His first trip to Soldier Field was with a neighbor's camcorder.

He then secured an internship at WMAQ-TV. It was there that he was given his own NBC crew to cover the games. Rod then moved to Comcast, where he covered high school football and basketball. Rod enjoyed his time with high school players, coaches and families. It was there that he really developed his own unique style. Rod moved on and up to FOX Sports Net Chicago, covering the Cubs, Sox, Bears and Bulls.

His next stop was Saginaw, Michigan, where he started as the weekend sports anchor for the CBS affiliate. His beat included Michigan, Michigan State and the Detroit Pistons. Rod was also able to go the NFL Draft in New York when a high school player from Saginaw turned out to be a high draft pick at the time. Rod spent one week in New York and had the time of his life.

Don't be surprised to see Rod at Bradford Beach with his flip-flops on during the summer.

If you have a story idea for Rod, drop him a line at Rod.Burks@tmj4.com