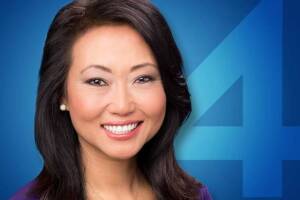 Susan Kim is celebrating over 25 years with TMJ4! She started with us in 1994, working both the assignment desk on the weekends and reporting during the week. Her hard work and dedication paid off and she was moved to full-time reporting and then anchoring, shortly after she started in Milwaukee.

Susan has covered many stories during her tenure, including the Packers Super Bowl in New Orleans and in San Diego, the Falk explosion, and the crane collapse in the building of Miller Park. Susan was also nominated for an Emmy for her coverage of the Azana Spa Shootings in 2012.

In her many years on the anchor desk of 'TMJ4 News Today', she has guided the station's coverage of numerous storms and breaking news, including the giant fire that claimed the Pizza Man restaurant on Milwaukee's East Side. 'TMJ4 News Today' has been recognized as the 'Best Morning Newscast' multiple times by the Wisconsin Broadcasters Association.

Susan also believes in making her community a better place to live. She volunteers a great deal of time helping many organizations but one of her biggest passions is the 'TMJ4 Community Baby Shower' which she helped start in 2001. It's a one-day drive to collect much needed baby items for families-in-need in southeast Wisconsin. Since its inception, the 'Community Baby Shower' has collected tens of thousands of items and helped countless babies in our area. Susan understands the need first hand, as a mother of three: Madeline, Gabrielle, and Alex.

She lives just outside of Milwaukee with her children and husband, Patrick.

You can follow Susan on Twitter @susankim4 and on Facebook. You can also join Susan with her 'TMJ4 News Today' co-anchor, Vince Vitrano, every Monday through Friday from 5 - 7am.