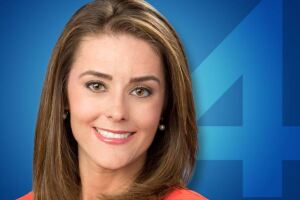 Rebecca Klopf grew up in Woodstock, Illinois, just on the other side of the Wisconsin state line. The Emmy-award winning reporter is a graduate of University of Illinois. She earned her bachelor's and master's degree in broadcast journalism.

Rebecca started her career at the NBC station in Rockford, IL working behind the scenes producing the news. Her passion for storytelling and talking to people drove her to become a reporter. She reported live from the London Olympics, flew with the U.S. Air Force Thunderbirds, and was first on the scene after an EF-4 tornado hit Rochelle, Illinois.

Before Rockford, she worked at MSNBC as an executive intern where she focused mainly on politics. She attended the Democratic National Convention in Boston.

When Rebecca is not out reporting you will find her traveling, reading, running or doing something outside in Milwaukee.

If you have a story, send Rebecca a line at Rebecca.Klopf@tmj4.com.