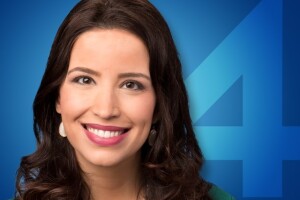 Julia Fello is the Weekend Anchor for TMJ4 Today, which airs Saturdays and Sundays from 5 - 7am. She joined the station as a reporter in October 2014.

She comes to TMJ4 after reporting for WWMT-TV in West Michigan, working as the Battle Creek Bureau reporter.

Julia is not new to the Badger State! She reported in Wisconsin for more than four years, beginning in 2008 at WSAW-TV in Wausau. There, she was a reporter and anchored the Sunday morning show. Two years later, she moved down to the state capital in Madison to work for WKOW-TV. She was a reporter and weekend morning anchor. During that time, she covered the controversial Budget Repair Bill. She reported on the union protests at the Capitol, and multiple recall elections, including state senators and Governor Scott Walker.

Her first break into news was working for CNN as a runner at the 2004 Republican National Convention in New York City. The experience inspired her to pursue a career in broadcast journalism.

She is proud to now call southeast Wisconsin her home, and works hard to report stories affecting our community.