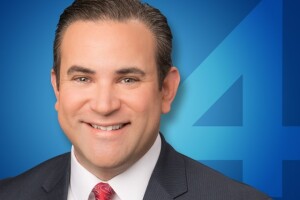 Tom Durian joined TMJ4 in February of 2017. He is no stranger to southeast Wisconsin. Tom worked as an anchor/reporter in Milwaukee earlier in his career, and is excited to be back in the Brew City.

Tom previously worked at KSTP 5 Eyewitness News in Minneapolis-St.Paul, where he was an anchor and reporter. He is an EMMY-winning reporter as part of the team that won "Best Newscast" for their coverage of the death of superstar and Minnesota native Prince.

Prior to the Twin Cities, Tom was co-anchor of the CBS 58 Morning News in Milwaukee from 2011-2013. During his time in Wisconsin, politics took center stage. Tom covered the 2012 Presidential race from Janesville to the Republican National Convention in Tampa, FL. and on to Charlotte, N.C. for the Democratic National Convention. Tom was also on scene of the tragic shootings at the Sikh Temple of Wisconsin and Azana Salon in 2012.

Previously he was an anchor and reporter for KHQ in Spokane, Washington and KMIR in Palm Springs, CA.

During his career, Tom has covered major breaking news stories. He has filed reports from the aftermath of the 9/11 attacks in New York, the death of President Ronald Reagan, the Michael Jackson child molestation trial, and recovery efforts along the Gulf Coast after Hurricane Katrina.

Tom says one of the most exciting stories he's ever covered was "a day on the aircraft carrier - The U.S.S. Ronald Reagan." Tom and his photojournalist were flown to the carrier off the coast of Mexico. He received a certificate for taking part in an arrested landing and catapulted take-off from the giant ship.

Tom was born and raised in Los Angeles and studied Journalism at College of the Desert and UCLA. That's also where he began his career as an intern on the KTLA Morning News.

Outside of the "TV world," Tom is an avid car enthusiast. When it comes to music, you'll find him listening to the greats; Sinatra, Martin, and Crosby. Despite the fact he is from the hustle and bustle of L.A. he's also a big country music fan. You might find him singing some of his favorites at a local karaoke spot or in the crowd at Summerfest.

For more than a decade, Tom has worked with the Cystic Fibrosis Foundation to raise money for the 35,000 Americans suffering from the genetic disorder.

If you have a story, Tom can be reached at Tom.Durian@tmj4.com