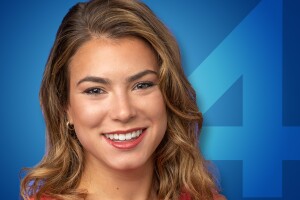 Stephanie Haines joined TMJ4 as a reporter and multimedia journalist in August 2019. She is thrilled to call Milwaukee her new home!

Stephanie comes to TMJ4 from Knoxville, Tennessee. She reported and anchored for WBIR, the NBC affiliate, where she often covered the Great Smoky Mountains National Park, the University of Tennessee Volunteers, the Oak Ridge National Laboratory and Dolly Parton.

She's no stranger to Wisconsin. Her first TV job was in Rhinelander, Wisconsin. Go Hodags!

Stephanie grew up in the Chicago suburbs and graduated from Northwestern University's Medill School of Journalism in 2015. While in school she got to intern in Washington, D.C., and the ABC News Investigative Unit. She also reported for the Medill Justice Project and the Daily Northwestern.

Stephanie has tons of family all over the state. She's so excited to meet you and tell your stories. Please say hello! stephanie.haines@tmj4.com