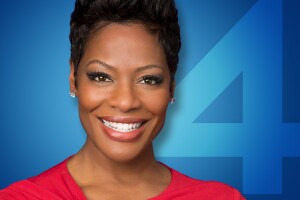 Her journey to Milwaukee has not been the road typically taken by most journalists. Before starting her career in broadcasting, Shannon was a classically trained singer, aspiring to be an opera performer. She has a bachelor of arts from the Manhattan School of Music.

After studying abroad in Italy she landed in Bloomington, IN. It was there she began her broadcast career as a radio announcer for 92.3 WTTS. The California native returned to the Bay Area to pursue a new career in radio and TV.

In San Francisco, at KGO 7, Shannon interned and was quickly hired as a production assistant. She got her first job in front of the camera at KREM 2 Spokane, WA as a general assignment reporter.

During her time in the Northwest she covered snow, snow and more snow. But it was her exclusive and breaking developments in the disappearance of Shasta and Dylan Groene, and later the capture of sex offender and kidnapper Joseph Duncan, that helped her grow as a journalist.

Shannon continued to hone her skills at WVEC in Norfolk, WKEF in Dayton, OH and waking up early with the FOX19 morning team in Cincinnati.

During every stop, Shannon has been involved in the community. One of her biggest achievements was raising money to outfit the entire 6th, 7th, and 8th-grade classes at the Dayton Boys Academy with brand new ties. Not only did she fund the uniform project, but she was able to bring a group of professional men into the school to spend time with each child and develop a bond that would last a lifetime.

While in Dayton Shannon was also very active as a member of the Dayton chapter of NABJ (National Association of Black Journalists).

Shannon enjoys working in the Milwaukee community and learning more about the Brew City and beyond.