Fugitive has been on the run since April 4 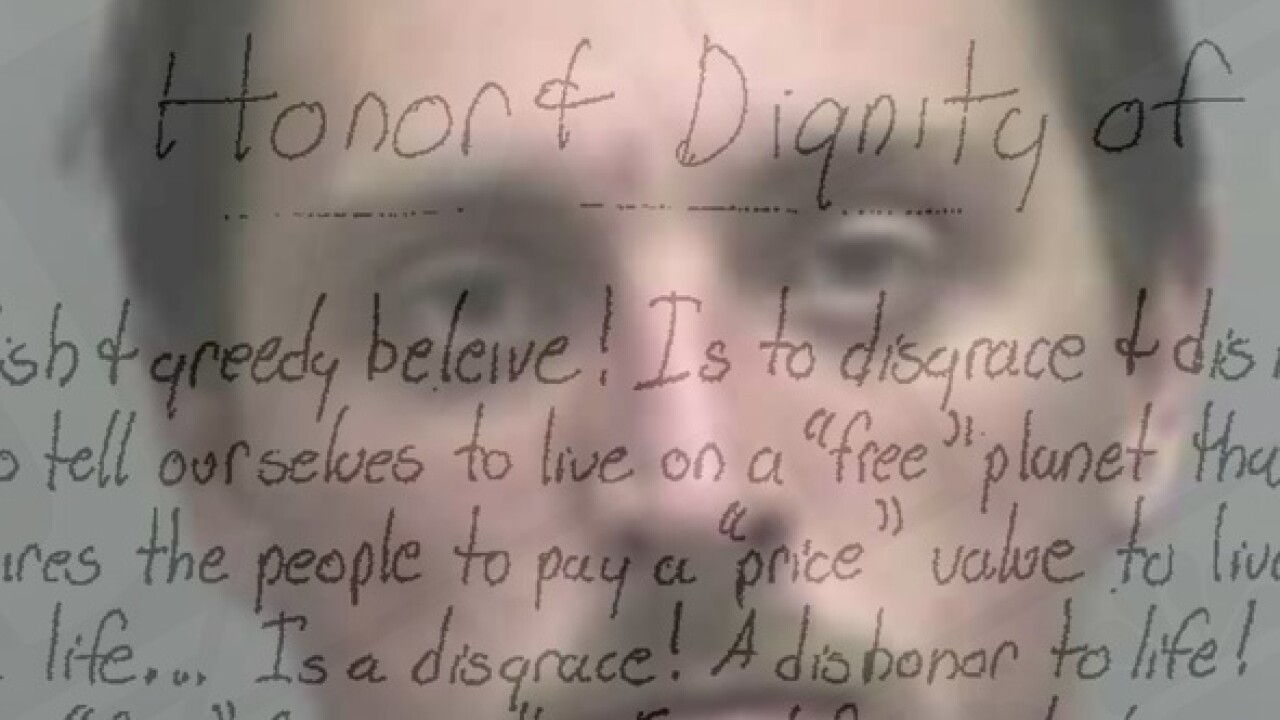 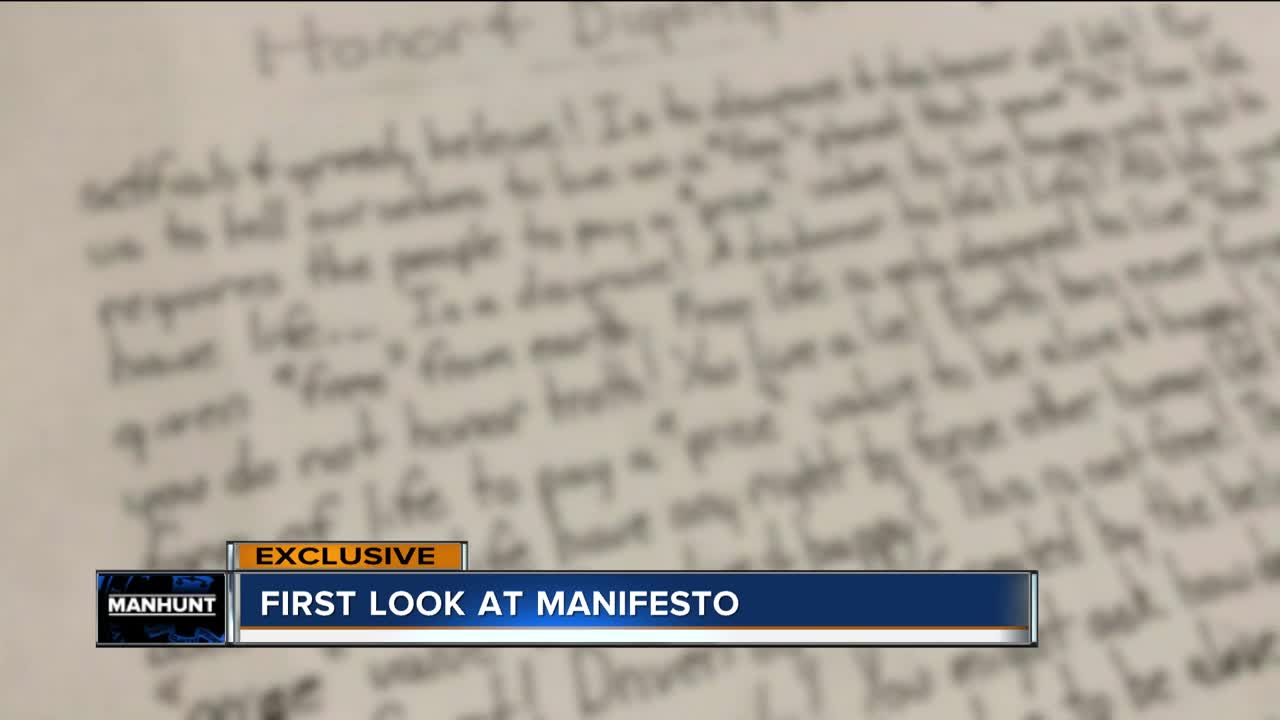 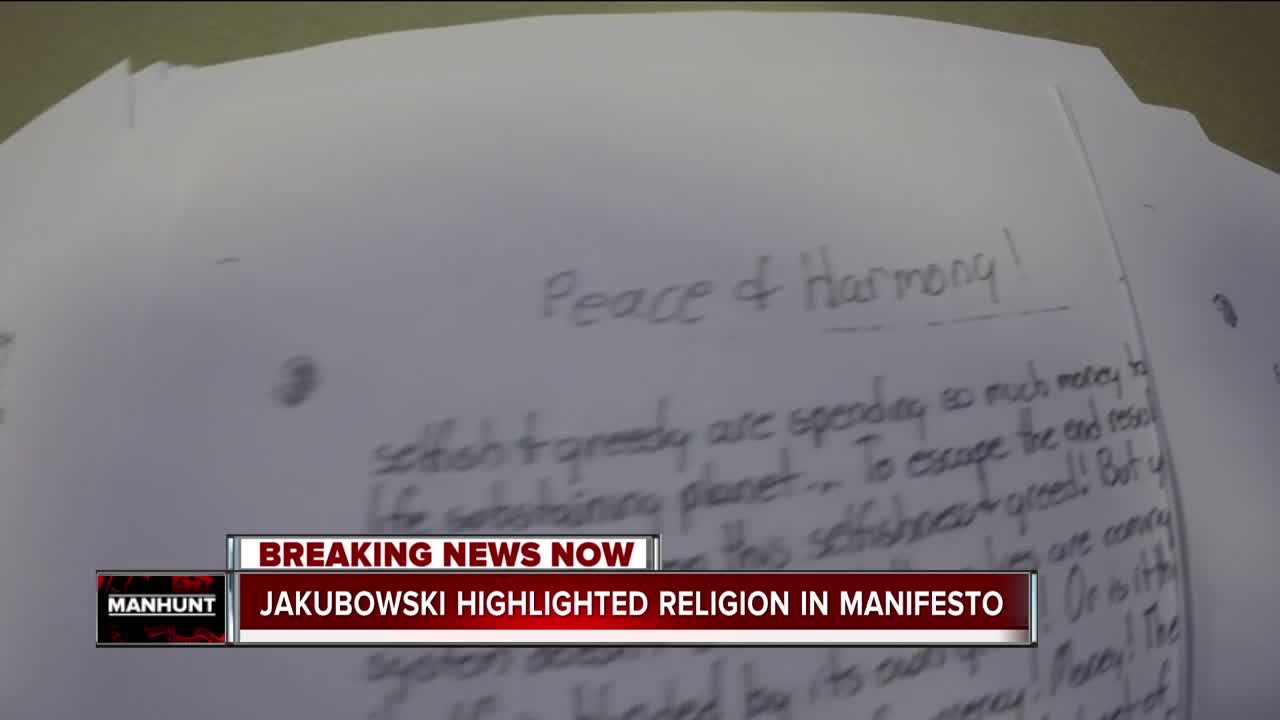 A manifesto police believe Joseph Jakubowski wrote before going on the run provides some telling insights into the mind of a Janesville man suspected of stealing weapons and threatening public officials.

TODAY'S TMJ4 obtained an exclusive copy of portions of the manifesto from a source who claims Jakubowski mailed it to them prior to sending the original to President Donald Trump.

The document we received is 35 pages of the full 161-page document, and for the most part, contains every other page, starting at 93 and ending at 160. According to the source that provided the copy, that's a result of a copying error.

A law enforcement official close to the investigation examined the pages and confirmed that it's an authentic copy of the manifesto they believe Jakubowski wrote. They can not say for certain if it's the same version mailed to the president, as Jakubowski may have written several versions.

Jakubowski refers to health insurance, taxes and religion as examples of the government trying to brainwash its citizens.

"We the people should be out for these sick minded people belonging to the system! We need to spill their blood!" he wrote.

We also learn from his writings that he's an artist but he claims that government regulations destroyed his passion.
He writes in his manifesto that he planned to break into the gun store only because as a felon, the government took his right to protect himself.

"I have never been a thief! I hate thieves!" he wrote. "However since this system has stolen my natural right to protect and defend life..this system has left me no choice but to commit crime to have the means to protect life!"

He also goes on several rants concerning religion, saying that government and religion are the same thing.

Priests and churches control the presidents and the banks..." he wrote.

He says he will not bring harm or violence to anyone, unless "these terrorist gangs continue their terrorism on human life and force my hand to protect and defend the honor and dignity of life!"

He also writes often about his own death saying he's not afraid to die. But he writes, "I choose my death to be carried out by the hands of the president! The leader of the people! Not in secret either! On live TV."

He also wrote, "The only way the system will take control of my life...is over my dead body!"

Authorities released a cell phone video last week showing Jakubowski mailing his manifesto at the post office. This occurred prior to his alleged break-in at the Armageddon gun store.