Vaping Crisis: What a single puff could do to your lungs 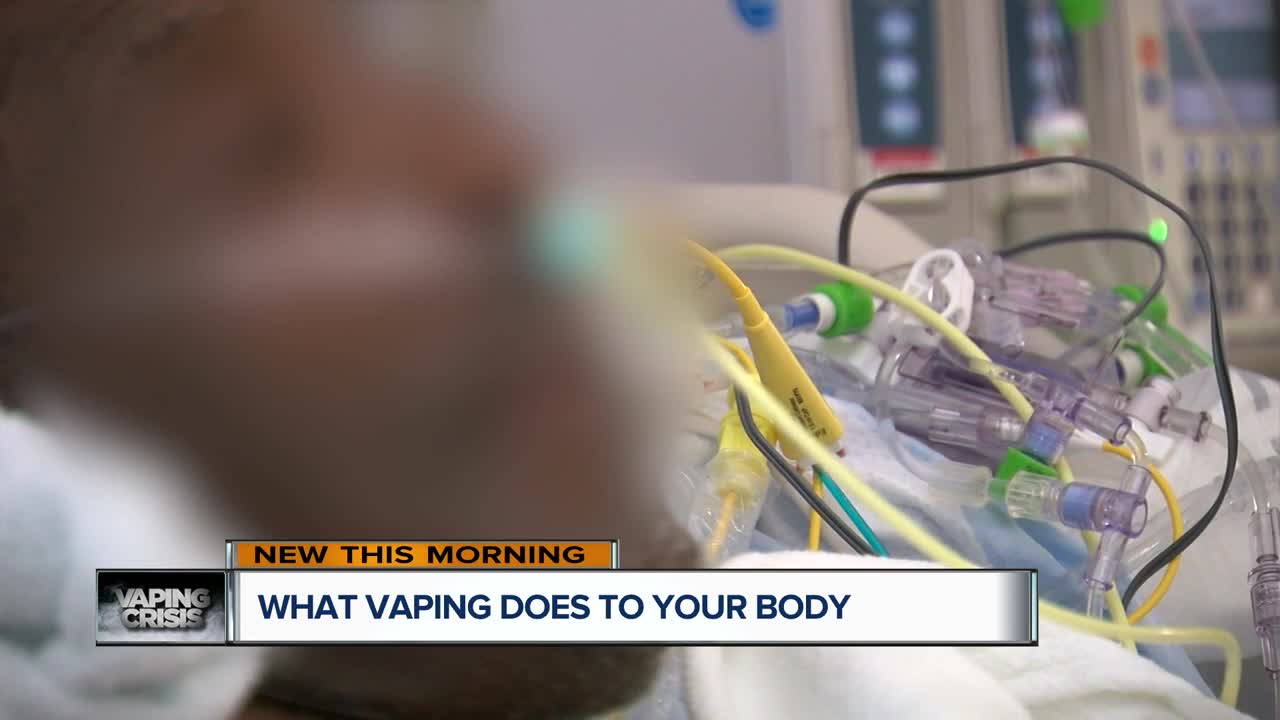 Julia Fello talks with a cardiac surgeon about the effects of vaping on your body. 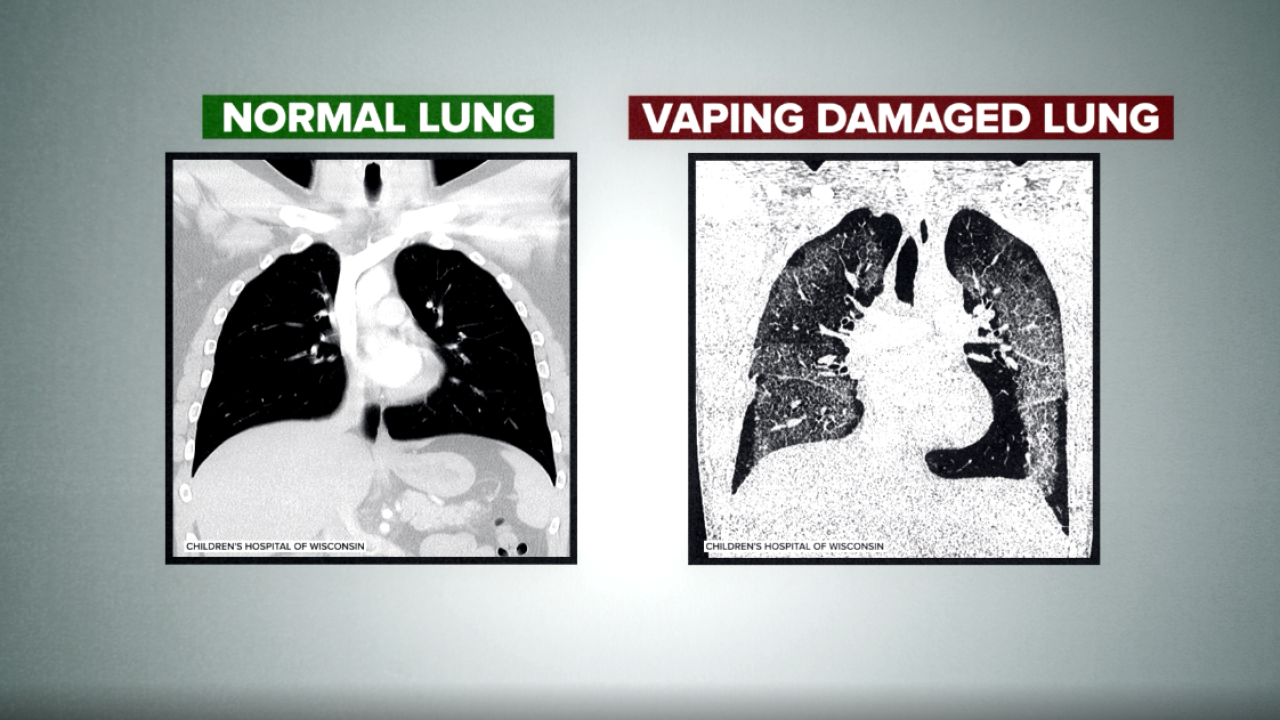 MILWAUKEE — What exactly happens to your body when you vape?

Cardiac Surgeon Lucian Durham warns inhaling a single puff from a vape could make you his next patient at Froedtert and Medical College of Wisconsin.

The lung damage he has seen in patients is the equivalent to someone smoking cigarettes for decades.

"It literally can kill you the first time you try it," he says.

He says the liquid chemicals are the culprit. When they are all flash heated at once, no one can predict what you are about to breathe in. The unsafe ingredients may sound harmless, like Vitamin E oil.

"When you inhale it, it goes down and essentially coats the alveoli."

Alveoli are crucial in your breathing. If that is coated, the exchange of oxygen and carbon dioxide can not happen.

"So you get low Oxygen and high CO2 and the high carbon dioxide in the blood turns into acid," Dr. Durham said.

Your body does not function well in an acidic environment. That causes an inflamatory response in your body called Acute Respiratory Distress Syndrome.

"[Patients] deteriorate very quickly. They get short of breath, light headed, pass out, cardiac arrest. We've had a couple of them show up getting CPR because it's gotten so bad," Dr. Durham said. "We had some patients that literally looked like they were going to die before we got them on support."

He says a common myth is patients only end up like this if they are vaping with THC, the chemical in marijuana that gives users a high.

"Probably most of them we see are nicotine. There's really no one particular substrate that causes it."

That unpredictability is why he and health officials are warning there is no safe way to vape. Dr. Durham says he will not be able to tell if irreversible lung damage has been done on the patients he has treated for another six months to a year.