What’s in a vape? Lab test results offer a look inside vaping products 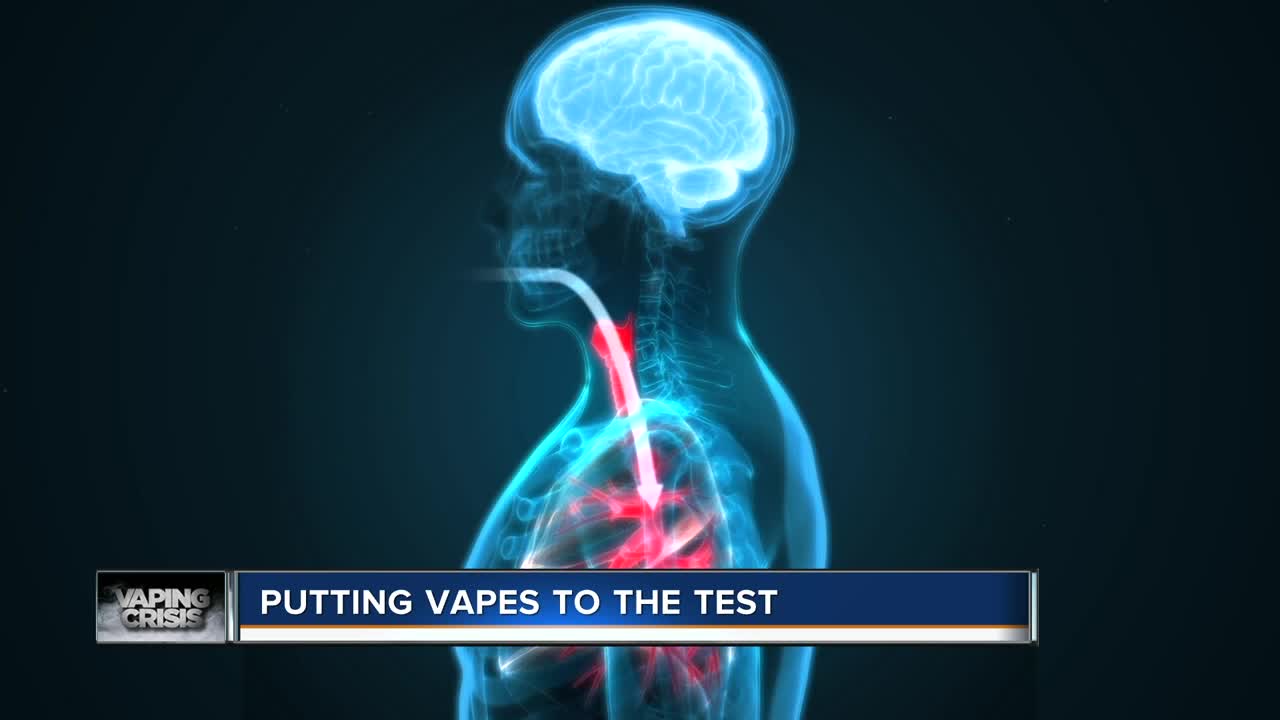 Doctors and other health professionals have sounded the alarm about the potential dangers of vaping, and vapers we spoke with didn’t know what was inside their devices. 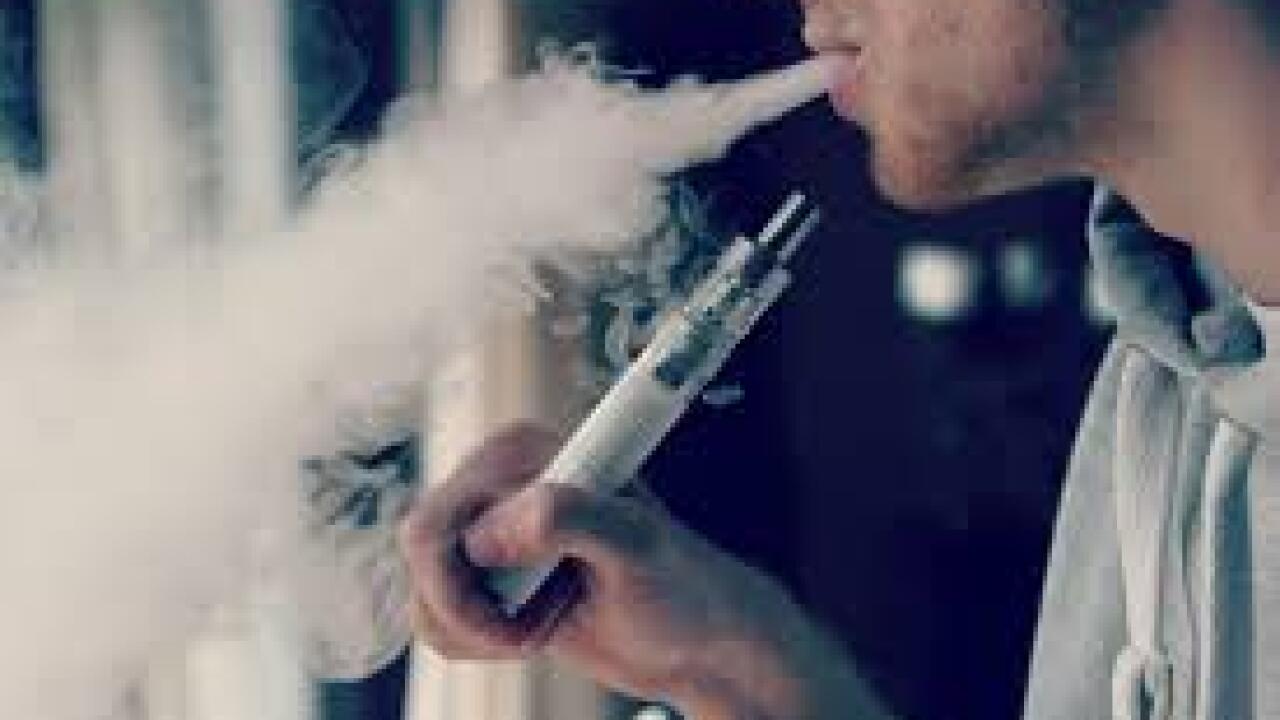 Doctors and other health professionals have sounded the alarm about the potential dangers of vaping, and vapers we spoke with didn’t know what was inside their devices.

The I-Team brought four vaping products to a local lab. Inside these products the test found ethanol, the alcohol in beer and wine, ethyl acetate, which is used in glue, acetone, the main ingredient in nail polish remover, and methanol, used as antifreeze and found in gasoline, along with other chemicals.

Dangerous chemicals are why Matthew Wetzel of Laughing Grass Hemp tells his customers to know what you’re buying.

“It is an epidemic that's happening here specifically with vaping carts and vaping itself, but I wanted people to come in and not be scared to talk to us about it,” he said.

After doing an independent study on his vaping products, he says there were dangerous cutting agents in some of them and he decided to take those products off his shelves.

“As far as vaping goes, we still have a lot of research to do. That's why we only use one cartridge and one vape product in our store,” he said.

What’s in a vape? Lab test results offer a look inside vaping products -1

Wetzel feels more regulation is needed in this industry, and he reached out to the Wisconsin Attorney General about the problem.

“I wanted him to understand this is a public safety risk to the citizens of Wisconsin, and he has to take a look at it,” he said.

We tested the vaping product in Wetzel’s store, and all of the chemicals the test found were under the national exposure recommendations.

Some of the vapers we spoke with aren’t worried about the potential dangers, and believe they are safer than regular cigarettes.

“If I was smoking like three pods a day or if I was buying juice from somebody online that I did not know, I’d be more concerned about it,” said Parker Vogg.

“When I looked at those chemicals, I was actually shocked to see people would start to inhale those directly,” Ma said.

Whether it’s nicotine, CBD or just vaping for the flavor, all the vapes we tested had chemicals Ma said should not be inhaled.

Specifically, she explained that when heated and inhaled, ethanol goes directly into the blood stream and brain in a matter of seconds and can cause brain damage.

What’s in a vape? Lab test results offer a look inside vaping products - 2

Ma based her analysis of our test results on federal standards for workers who have to be exposed to these chemicals in a factory setting. There are no regulations for flash heating and inhaling chemicals.

“Anything that is not Oxygen or Nitrogen should not be in the lungs,” said Children's Wisconsin Dr. Louella Amos.

Amos is deeply concerned about the short and long term effects of teen vaping.

“People are coming back and they're not quite perfect,” she said. “They’re still not at the baseline that they were before they were using e-cigarettes.”

Amos speaks to schools in hopes of stopping kids before they start vaping.

She and the doctors at Children’s Wisconsin want lawmakers to change the legal age for purchasing vape products from 18 to 21.

“There are a good number of seniors who are 18 years old,” Amos said. “Seniors are friends with freshmen. They may have siblings who are younger as well. The access is there, they can get younger kids devices if they want them.”

She and doctors at Children’s Wisconsin continue to sound the alarm to keep more teens out of the ICU.

“I feel like it's a crusade that we should all take together to prevent e-cigarette use in our youth,” Amos said.

Legislation to raise the age of smoking and vaping to 21 has been introduced in Madison, but has not yet moved out of committee.

Illinois and 17 other states have raised the legal vaping and smoking age from 18 to 21.