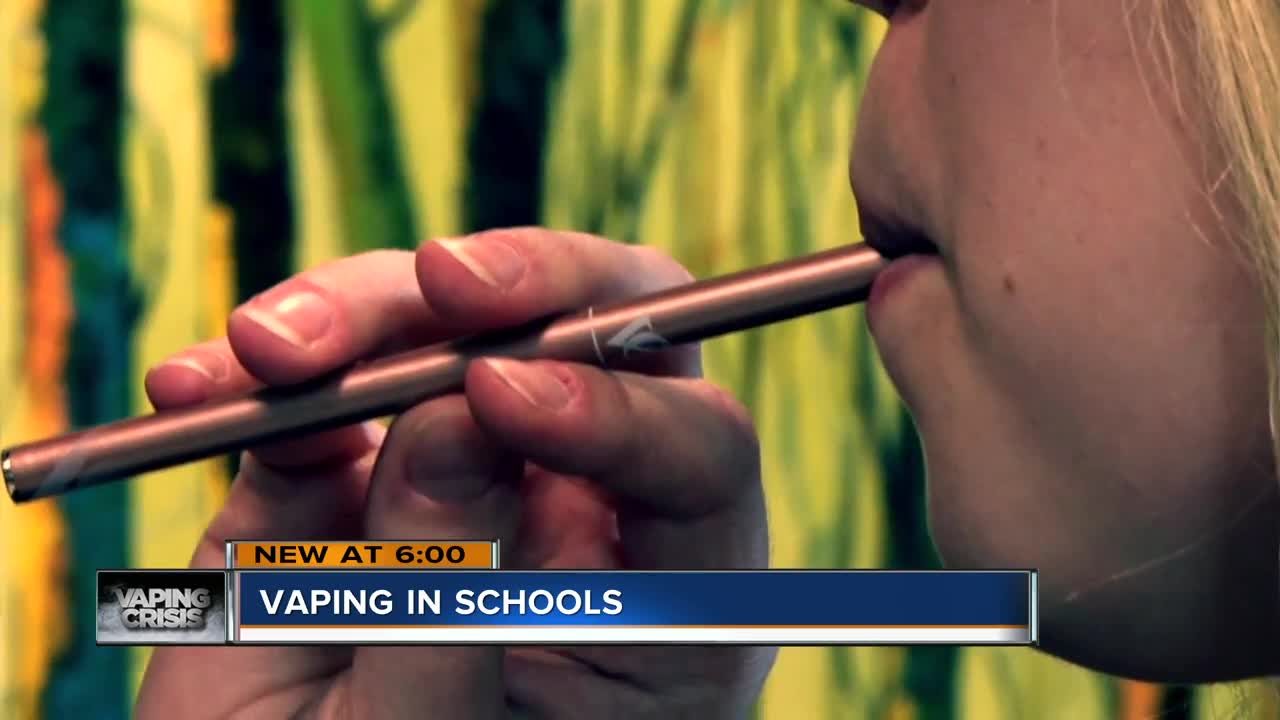 The Elmbrook School District is throwing resources at the vaping crisis to try and stop the growing number of students using.

The Elmbrook School District is throwing resources at the vaping crisis to try and stop the growing number of students using. The district have put out two public service announcements. One talks about what vaping is and the different devices out there. The otherfocuses on health risks.

Many students at Elmbrook schools have admitted to vaping, but we talked to some students at Brookfield East High School who are the exception. They have heard about vaping since middle school and they see it happening regularly in their high school.

"Most of the time that's where I'd see it whether it's in the bathroom or at a high school football game," said Mark Browne.

"My friend tried my other friends and her lungs like burned. She said she felt like she was on fire because the nicotine was just so much," said Clare Freitag.

Tanya Fredrich, the Director of Student Services for the Elmbrook School District, said the more we talk about vaping the better. She started working with teachers and parents last school year about what to look for.

"I mean a student could walk down the hall technically and be vaping and no one notice because of the way the equipment has evolved," said Tanya Fredrich.

In the spring, results from a Youth Risk Behavior Survey found 55% of the high school students who filled out a questionnaire in the Elmbrook district tried vaping by the time they graduated.

"I think what I was surprised about was the discrepancy between students using traditional tobacco products such as cigarettes or chewing tobacco versus students using vaping for nicotine," said Fredrich.

The survey found 8% of students admitted to using other tobacco products like cigarettes.

"They think that there's kind of an association between tobacco-based products right they smell bad, they've been taught since they were tiny about the dangers of second-hand smoke and lung disease and all these things so when a product comes out that is vaper and has a water base in their minds and it smells fruity or it doesn't smell at all it seems clean," said Fredrich.

Elmbrook is adding a vaping curriculum for middle schoolers to reach kids at a younger age.

"The conversation is definitely important to make people aware of the health risks and all the unknowns that are in vaping," said Browne.

"Our survey data shows us that 50% of kids who vape have tried to quit unsuccessfully," said Fredrich.

"They'll go like two days without it and they say that they're like spiraling out of control. I think that one of the main issues that high schoolers face is finding the resources without being judged," said Freitag.

The district plans to put out a third PSA soon.

Here is a list of resources for parents and community members to better understand vaping, addiction and more.