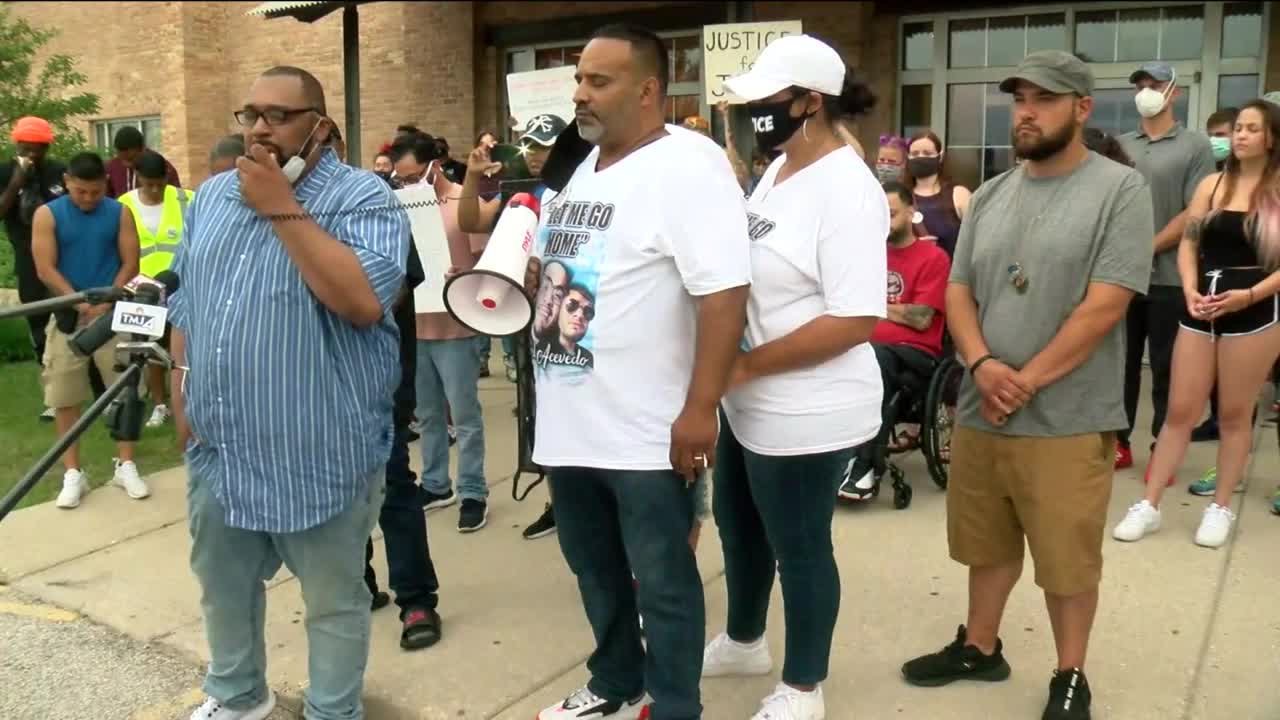 People are rallying in Glendale to fight for justice after the death of Joel Acevedo, killed by former police officer Michael Mattioli.

MILWAUKEE COUNTY — A source close to the homicide case against an off-duty Milwaukee police officer tells TMJ News one of the witnesses was a probation officer for the Department of Corrections. TMJ4 News is not naming him at this time as he has yet to be charged, but a spokesperson from the DOC said he resigned last week on June 22.

The family of Joel Acevedo is fighting to get this witness and another one mentioned in the criminal complaint arrested. It was the focus of a rally Monday outside the DOC office in Glendale, where the probation officer worked.

Joel died back in April after investigators said Milwaukee police officer Michael Mattioli placed him in a chokehold that went too far, eventually leading to his death. Mattioli was off-duty at the time and is now charged with reckless homicide.

The criminal complaint for Mattioli references two witnesses, and describes them as having helped Mattioli restrain Acevedo.

It all allegedly happened after Mattioli had some friends at his house and said he woke up the next morning to find Joel going through the pockets of his pants.

The Acevedos and their attorneys claim Joel was defending himself, and believe the witnesses should be charged in the case in addition to Mattioli.

“I compared George Floyd’s situation with Joel’s. It’s no different. One held him down and choked him, the other one held his legs, and the other one watched,” Joel’s mom, Maribel said.

“For these individuals that took part in my son’s death and think you can get away with it, you’re not going to get away with it,” Joel’s dad, Jose said. “If we don’t stand now and continue to fight there’s going to be more Joel Acevedos out there, there’s going to be more brothers and sisters, this isn’t about black, about white, about brown and white, this is about human beings.”

The Acevedo family is also continuing to call for the release of the body camera footage and 911 call, which they say will prove their claims.

Mattioli made his first appearance in court last week, where a judge decided to keep his bond at $50,000, set before his charge was upgraded to reckless homicide, and which he already posted. He’s currently on full suspension from the Milwaukee Police Department and his job status remains in the hands of the Milwaukee Fire and Police Commission.