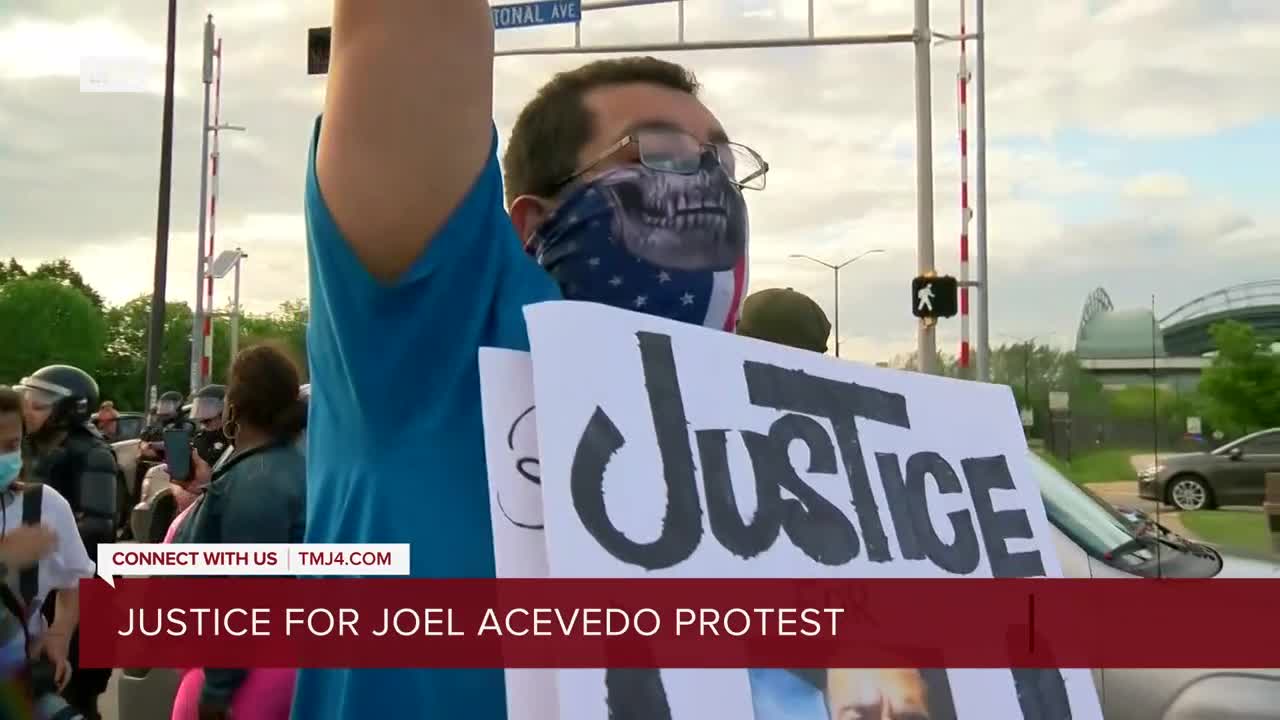 Hundreds of people march down National Avenue in Milwaukee demanding justice for Joel Acevedo who was killed by an off-duty police officer.

MILWAUKEE — UPDATE: 6:30 p.m. -- Protesters made their way down National Avenue before Milwaukee County Sheriff's Deputies blocked their path at the intersection of National and Miller Parkway.

Protesters Friday gathered outside the house of Michael Mattioli, the Milwaukee Police officer charged with the off-duty death of 25-year-old Joel Acevedo.

On the morning of April 19, officers were called to a report of a man attacking two people at Mattioli’s home near 45th and Cleveland. According to the criminal complaint, Mattioli and Acevedo were involved in an altercation that night. When police arrived, they found Mattioli on top of an unresponsive Acevedo. He was not breathing.

On the morning of April 19, officers were called to a report of a man attacking two people at Mattioli’s home near 45th and Cleveland.
y cam footage. They then took to the streets, walking down National Avenue.