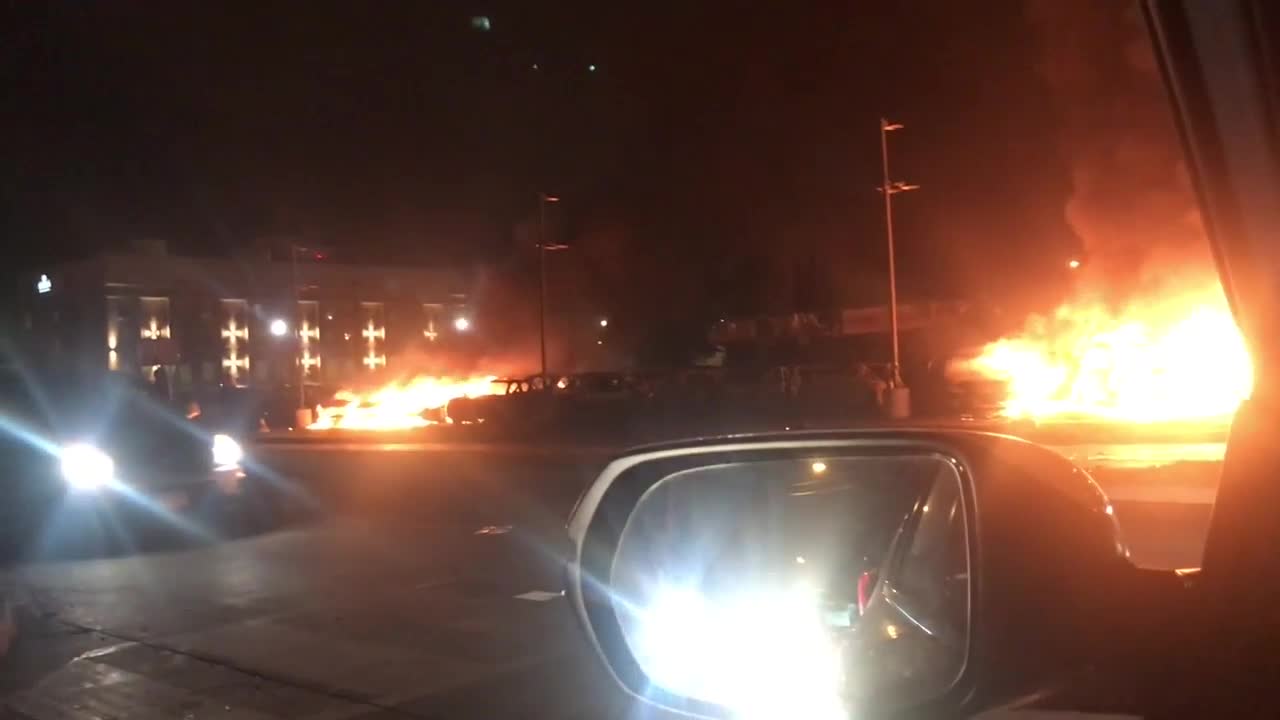 Multiple buildings were set on fire overnight in Kenosha.

KENOSHA — Multiple buildings have been set on fire in Kenosha Monday night.

TMJ4 News crews saw that they were on fire around 11:30 p.m. It is unclear how they started, who started them, or when they started. However, many people could be seen walking around the burning buildings.

This came after crowds faced off with police protesting the shooting of Jacob Blake.

Earlier in the night, a large truck was also set on fire.

One of the fires was by Sheridan and 60th at a tire shop.

Right across the street from the abandoned building on fire is another fire at a used auto/tire shop. It’s by Sheridan and 60th. @tmj4 #Kenosha #Wisconsin pic.twitter.com/ZauWNN3Y4G

Another fire was started at an abandoned building across from the tire shop.

There are multiple buildings on fire in #Kenosha. This one is at an abandoned building. #Wisconsin @tmj4 pic.twitter.com/ejNXo2Rdd7

On Sunday evening, Blake was shot in the back seven times by a Kenosha Police Officer. All the officers involved have been put on administrative leave.

Blake is still in the hospital and in stable condition according to his family.

The Wisconsin Department of Justice is investigating this case. They said they hope to conclude their investigation within 30 days.

Protesters took to the streets Sunday night and continued their movement all day Monday and into the night.