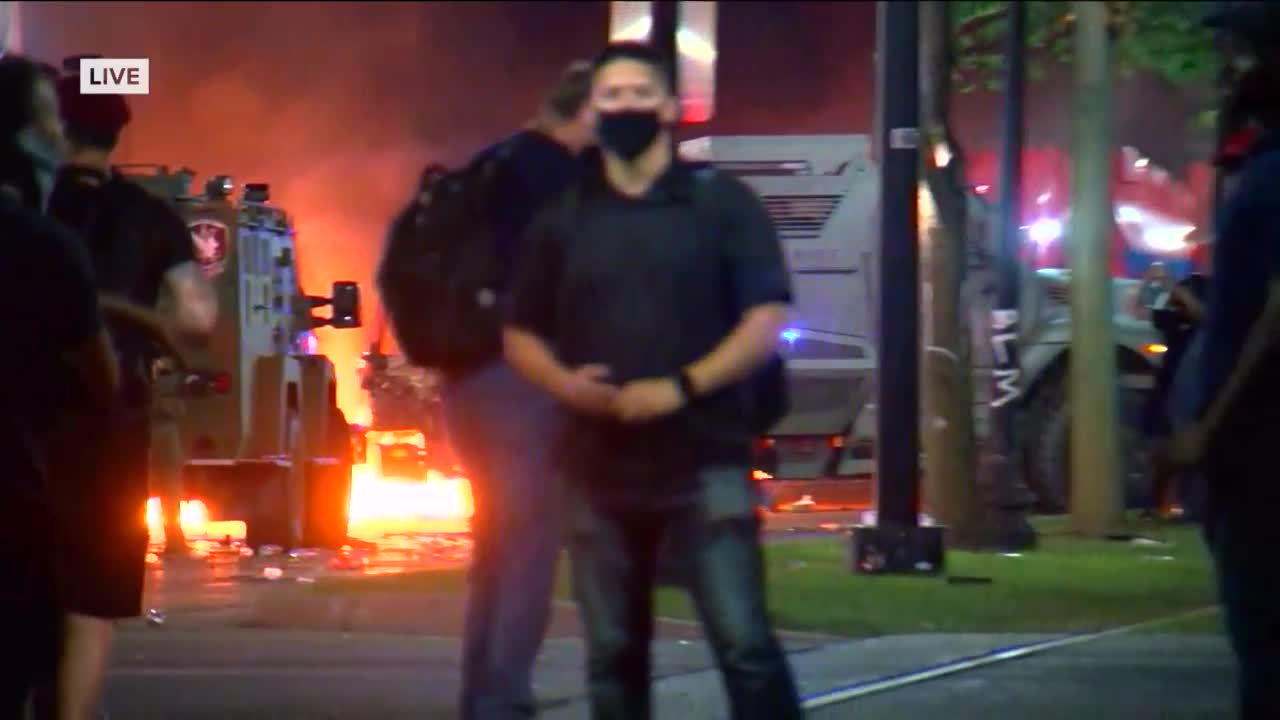 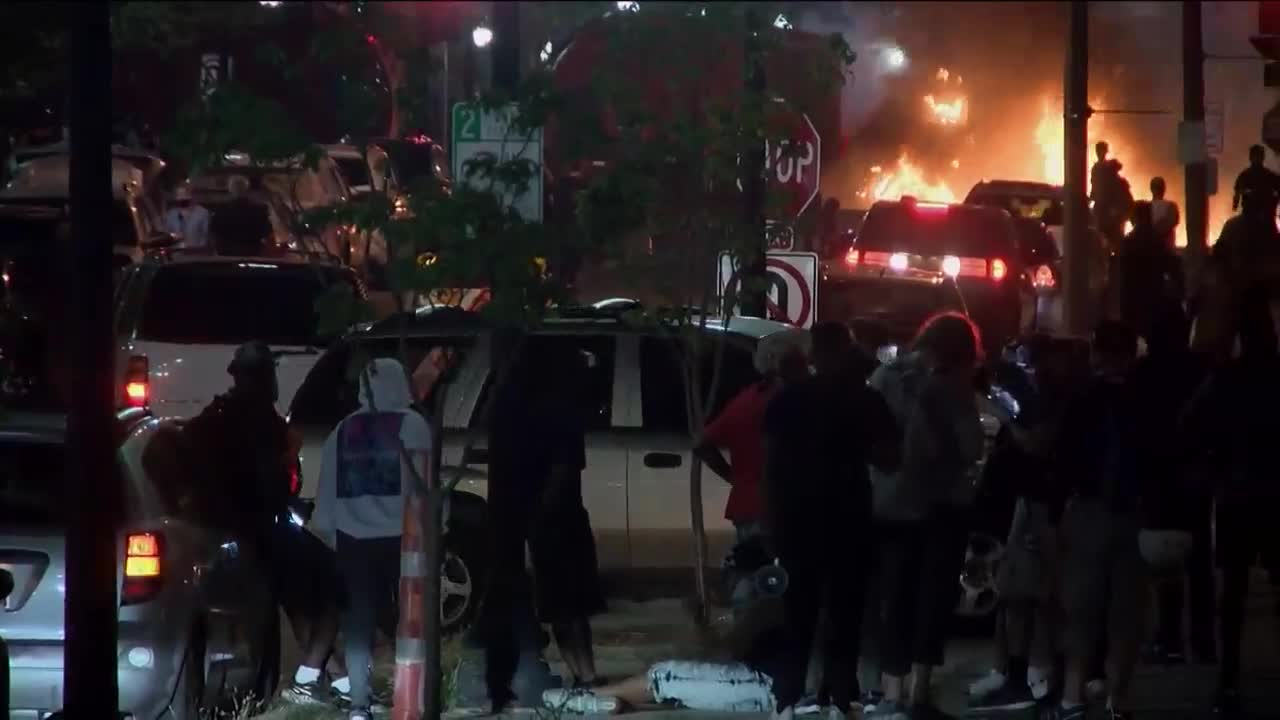 KENOSHA — Protests continued into a second night in Kenosha, following the police shooting of Jacob Blake on Sunday.

More than two hours and a half hours past curfew, protesters continued to demonstrate in Kenosha. Police began to fire rubber bullets and blast a siren to get the crowds of people to leave.

We are now more than 2 hours past curfew in @KenoshaCounty. Law enforcement is escalating their tactics - now shooting rubber bullets and blaring sirens at protesters here fighting for justice for Jacob Blake, who was shot by @KenoshaPolice Monday afternoon @tmj4 #Kenosha pic.twitter.com/iiSpzRbDV6

Around 9:50 p.m. police responded protesters throwing firecrackers at them by using what could have been flash bangs against the crowd.

Around 9:40 p.m. a truck was set on fire. It is unclear at the time of publishing what or who started the fire.

It happened just blocks in front of the courthouse.

Kenosha right now. This is in front of the courthouse. We are blocks away. pic.twitter.com/YOPCYz6F3j

Just before 9:30 it appeared as though the Wisconsin National Guard arrived as protesters continued demonstrating past an 8 p.m. curfew.

.@WI_Guard just showed up as protesters stay out past @KenoshaCounty curfew. They’re done by @KenoshaPolice department to the left of front of courthouse. @tmj4 #Kenosha #JacobBlake pic.twitter.com/TWBazzk9Y2

Jacob Blake was shot by Kenosha police just after 5 p.m. Officers were responding to the area near 40th and 28th on a "domestic incident." Officers did not say what led up to the shooting, but video shot by a neighbor shows Blake walking to an SUV and attempting to enter it moments before an officer grabs him by the shirt and shoots him.

The family of Jacob Blake was at the protests urging everyone to be peaceful.

Protesters gathered Sunday evening and marched to downtown Kenosha. Several cars and businesses were damaged, due to the unrest.

Gov. Tony Evers called on the National Guard to assist local authorities amid the unrest. One hundred twenty five Guard members would be deployed to Kenosha.