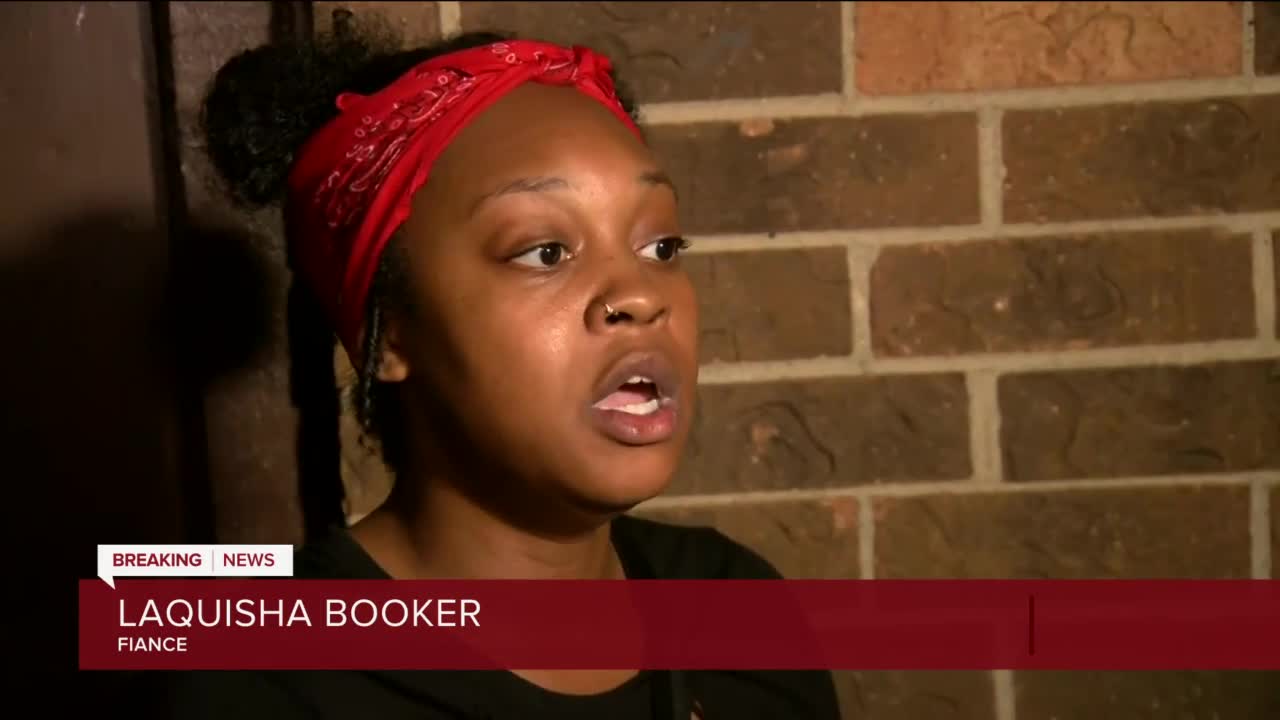 A woman who identified herself as the fiancé of a man shot by a Kenosha police officer Sunday says the shooting happened in front of his three children.

KENOSHA, Wis. -- A woman who identified herself as the fiancée of a man shot by a Kenosha police officer Sunday says the shooting happened in front of his three children, who were inside a nearby vehicle.

“You shot him numerous times, for no reason. It didn’t take all that," Laquisha Booker said in an interview Sunday evening. "Disregard that my kids were in the car at all. And you knew they were in there, because I kept screaming that.”

Kenosha police did not say what led to the shooting, but a video circulating on social media shows Blake walking toward a vehicle near the scene before being grabbed by an officer and shot from behind.

Following the shooting, crowds gathered at the scene before marching to the Kenosha Police Department.

Fires were set to dumpsters meant to block off roads in the area. A nearby car lot was set on fire as well.

The Kenosha County Courthouse and Administration Building were both closed Monday due to overnight damage from the unrest.