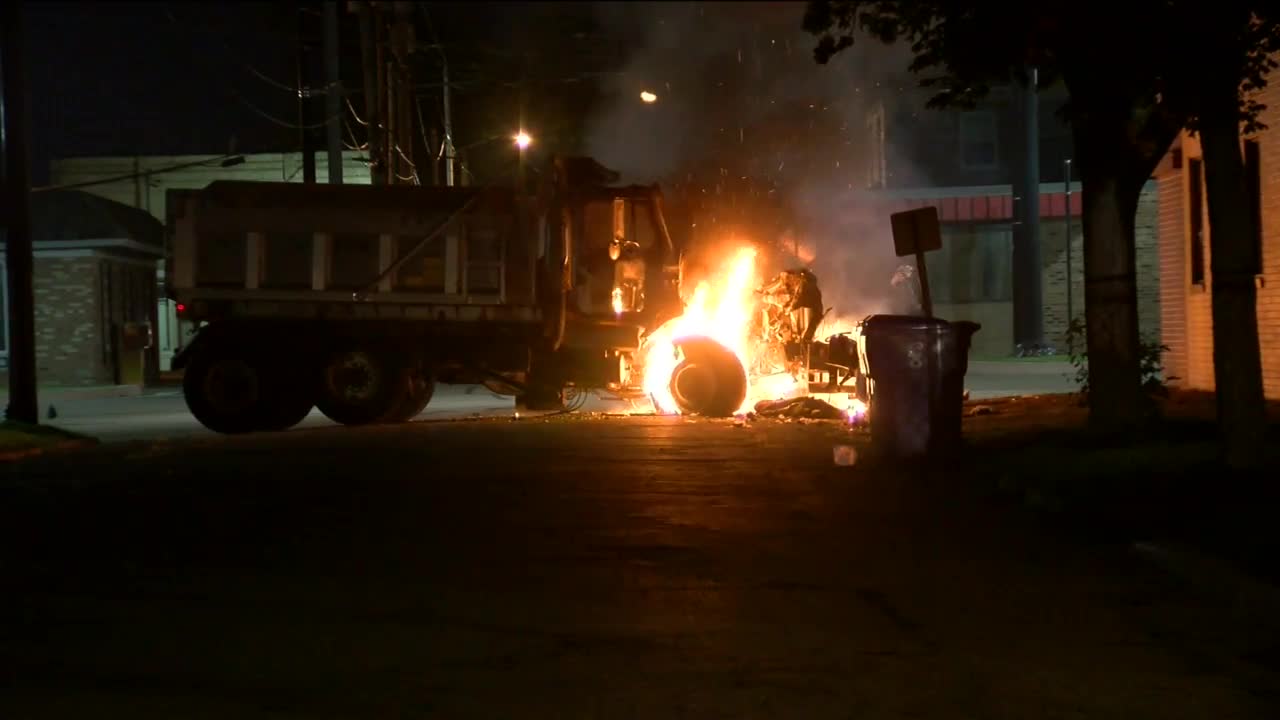 Crowds of protesters gathered in Kenosha overnight after a police officer shot a man and seriously injured him during a 'domestic incident,' some of it turning into looting and rioting later in the night. 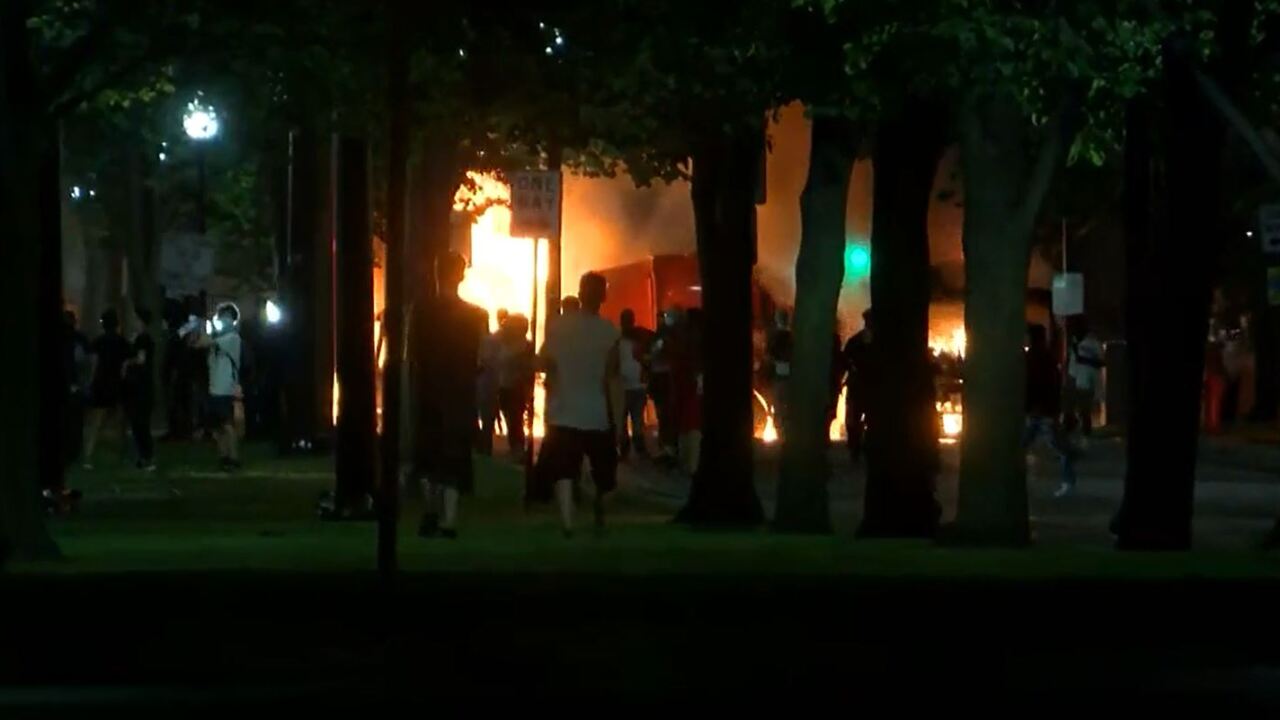 Crowds of protesters gathered in Kenosha overnight after a police officer shot a man and seriously injured him during a 'domestic incident.'

A man, identified by family as Jacob Blake, was shot by an officer. Kenosha police did not say what led to the shooting, but a video circulating on social media shows Blake walking toward a vehicle near the scene before being grabbed by an officer and shot from behind.

Crowds gathered at the scene before marching to the Kenosha Police Department.

Fires were set to dumpsters meant to block off roads in the area. A nearby car lot was set on fire as well.

The Kenosha County Courthouse and Administration Building were both closed Monday due to overnight damage from the unrest.