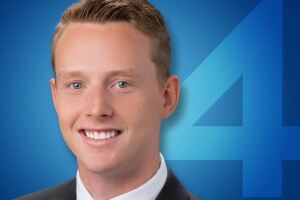 Ben Jordan is a reporter/multimedia journalist for TMJ4. He joined the station in August 2016.

Ben graduated from Luther College with a Bachelor’s degree in Communication (Broadcast Journalism emphasis) with a minor in Business Management.

He comes to Milwaukee after reporting for two years for KAKE-TV in Wichita, Kansas. Before that, Ben reported for KCCI-TV in Des Moines, Iowa. Throughout his career, Ben has covered two World Series runs for the Kansas City Royals, investigations into school boards and lawmakers, as well as historic wildfires in southern Kansas.

Ben was born and raised in Waterloo, Iowa and claims to be one of the biggest Iowa Hawkeyes fans in the Badger State. Although, viewers might be happy to hear he is a converted Green Bay Packers fan after just one trip to Lambeau Field.

Ben says his favorite part of reporting is that he gets to meet new people and learn something new every day.