Report: Brewers' Eric Thames gets pulled over in Milwaukee for ridiculously large truck 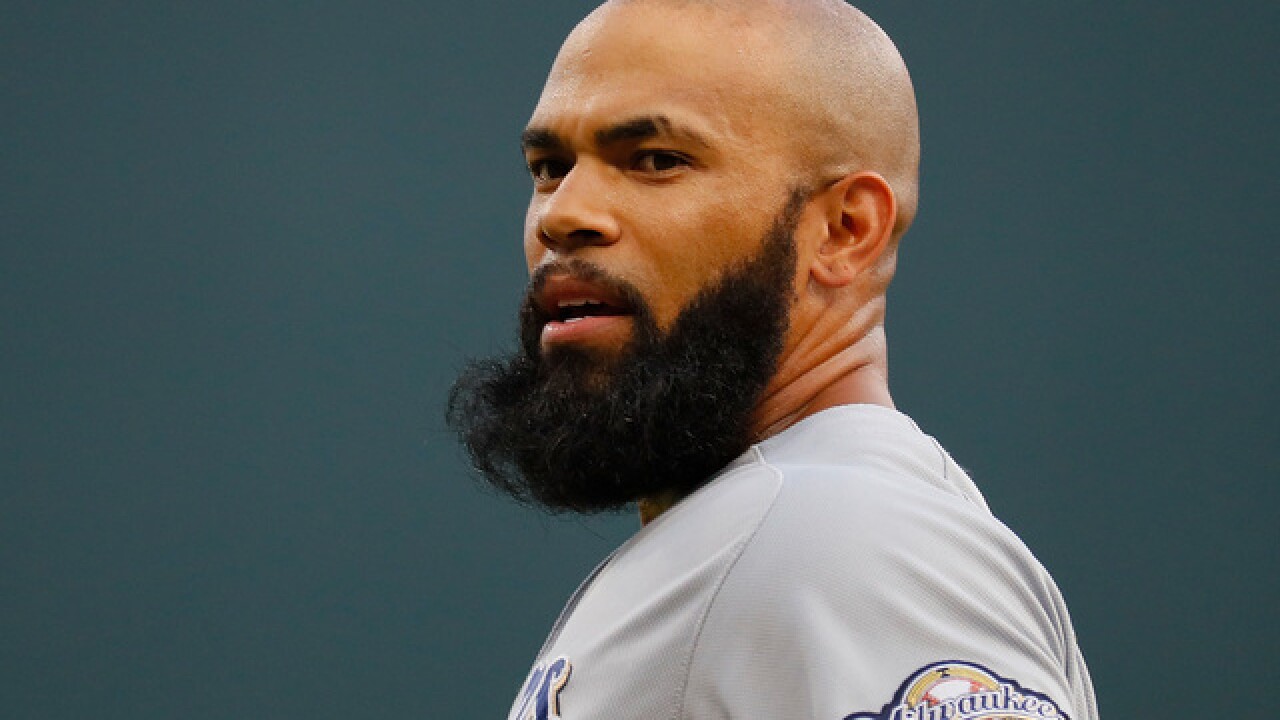 He showed it to the world on social media when he rolled up to Spring Training in it.

"Rollin' up to Spring Training like..." was the caption that accompanied a tweet from the Milwaukee Brewers showing Thames standing next to the truck, his head at about handle-height.

However, it looks like Thames' truck might have got him in a little bit of trouble over the weekend with the police.

According to a report from Busted Coverage , Thames posted a picture on his Instagram story of police stopping him for his truck being over the height limits.

"MKE police already got me,” a picture in his Instagram story said.

Thames appears to have been pulled over near the Milwaukee Public Market in the Third Ward neighborhood.

"Tires can't be more than 2 inches out of the wheel well," Thames also said in the Instagram story. "Thank goodness I didn't buy an F650."

Nevertheless, whether it's in Arizona for Spring Training, or in the City of Milwaukee, it's safe to say Thames will always stick out in this monster of a vehicle.