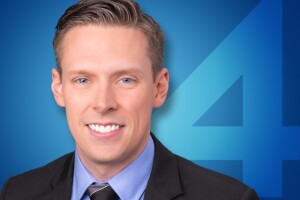 Shaun Gallagher is a former Harlem Globetrotter and current Multimedia Journalist for TODAY’S TMJ4. He joined the station in April 2017.

Wisconsin has quickly become home for Shaun and his wife. They love the people, the food scene and everything that makes Milwaukee and Wisconsin a hidden gem.
Shaun comes to Milwaukee after spending three years in the Hoosier State, reporting at the NBC affiliate in South Bend, Indiana. While there, he covered all things Notre Dame as well as breaking news around the Northern Indiana and Southwest Michigan area.

Shaun prides himself on being able to do it all. While attending Temple University, Shaun tried a little bit of everything, from rolling teleprompters to anchoring. His first job out of college was at Comcast SportsNet in Washington, D.C. He started as an editor before working his way up the ranks of producing 30-minute local sportscasts.

However, show producing wasn’t his calling. So he took a chance by going to South Bend to work as a Multimedia Journalist; getting a chance to “do it all” by writing, shooting, editing and reporting all of his own content.

Shaun brings that can-do attitude to Milwaukee. A product of Philadelphia, he brings a strong work ethic to tell the untold stories around Wisconsin. He and his wife absolutely love Milwaukee and enjoy getting around the Good Land with their corgi, Franklin.

If you have a story idea or want to talk about the 2008 NLDS, 4th & 26 or the Philly Special and Super Bowl LII, feel free to drop Shaun a line at Shaun.Gallagher@tmj4.com, on Twitter @ShaunGalNews or Facebook at https://www.facebook.com/ShaunGallagherTMJ4