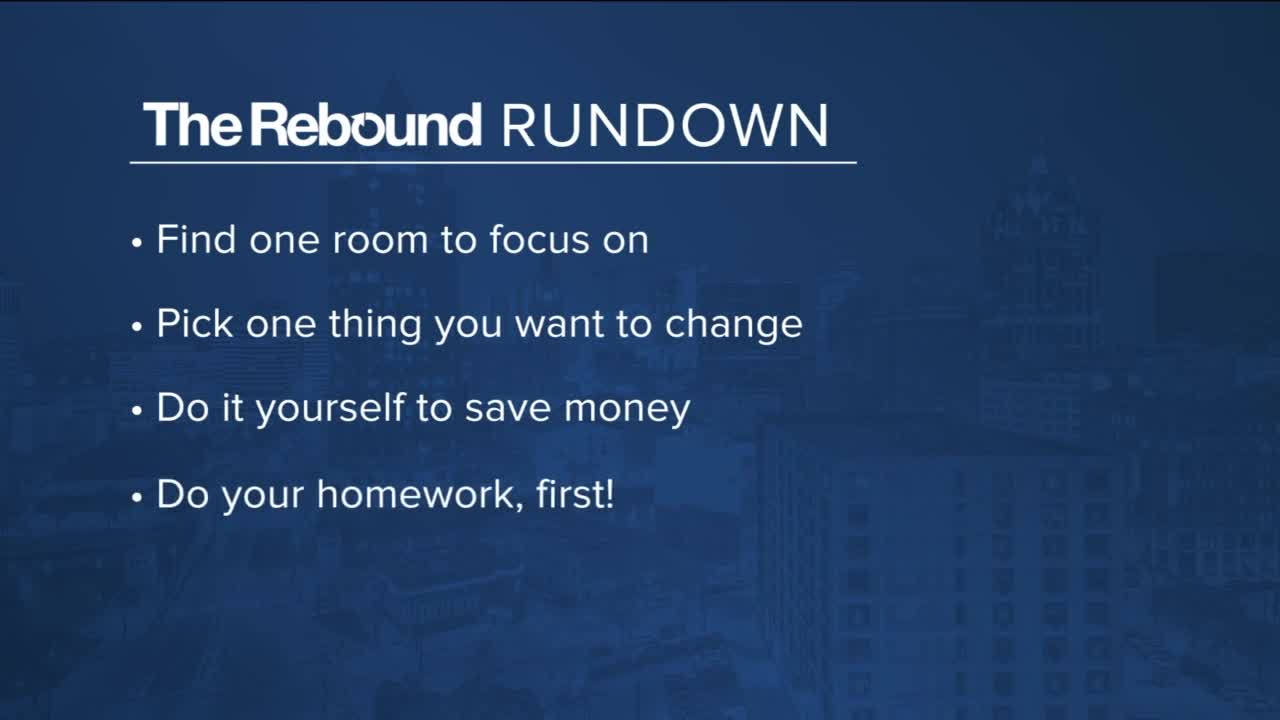 Having cabin fever might sound like a contradiction during summer, but COVID-19 has done that to many of us.

NEW BERLIN — Having cabin fever might sound like a contradiction during summer, but COVID-19 has done that to many of us.

You may be sick of looking at the same four walls at home. One New Berlin mom decided to do something about it.

Mother of two Kerry said she needed to do something when she made this realization, “Wow, we’ve been here 17 years and we haven’t updated pretty much at all.”

She loves it, adding, “It’s like an inner peace now. I sit down and I look out and I’m in my kitchen and I’m like that’s so much better!”

If Kerry were to replace her cabinets entirely, it would have cost her tens of thousands of dollars. The refresh which included new cabinet knobs, flooring and wall paint. Instead, it was a fraction of the cost.

“We could have torn out cabinets, blown out the walls, but we just don’t have the budget for that,” said Kerry.

Andrew Wilson with Color Wheel Painting says more people like Kerry have been calling him. The company typically receives about 20 calls each week this time of year and now he says, “We’re getting 30 at least,”

With time and the help of a friend, Kerry put in a new backsplash herself, “It was nice to complete a project to be able to sit back and say wow we did that a sense of accomplishment.”