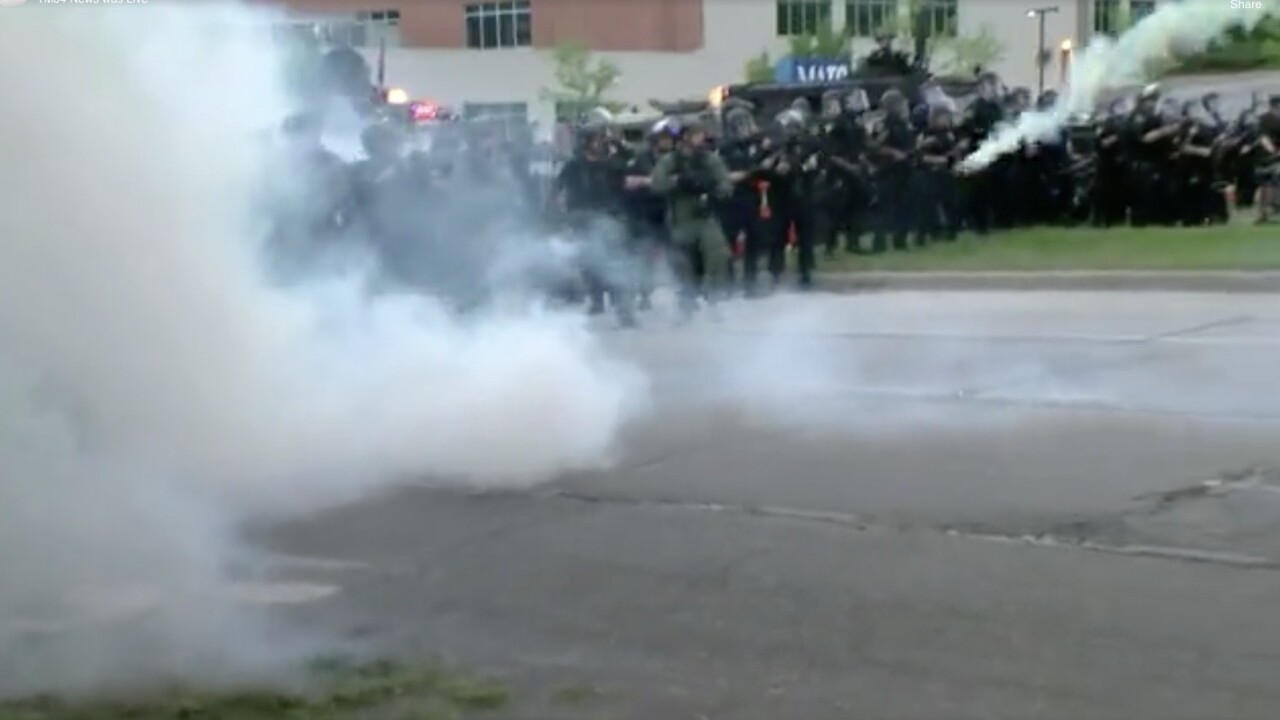 Milwaukee protestors and Milwaukee Police clash at the corner of 6th St. and McKinley Ave. on June 2, 2020. Milwaukee Police fired canisters of smoke and gas, though what kind is not clear, at the crowd.

MILWAUKEE — Milwaukee Police Chief Alfonso Morales has released a video explaining the use of "chemical agents" during protests.

Chief Morales said there have been over 100 protests in Milwaukee over the past few months, and police have used chemical agents for crowd control purposes six times.

This video is in response to the Milwaukee Fire and Police Commissions' first directive towards the police chief which mandated he explain the use of chemical agents during protests. Had he not fulfilled today's deadline, he could have been suspended, demoted, or fired.

In the video, police officials describe the situations that led up to the use of crowd control measures like tear gas to disperse the crowd.

The six incidences that police discuss are:

"We encourage people to exercise their rights but we want them to do that within the confines of the law," Assitant Chief Michael Brunson said towards the end of the video.

Chief Morales has a meeting with the FPC on Aug. 6 to discuss how he has fulfilled or working on the other 10 directives given to him.

The Milwaukee Police Department has come under fire in recent months for how it has handled protests. Some have even called to defund the police.

In response to Directive #1(f.), the Milwaukee Police Department is providing a “full, public and accurate explanation” of the use of chemical irritants during recent civil disturbances.

Standard Operating Procedure (SOP) 910 – Civil Disturbance and Crowd Management was approved by the Milwaukee Fire and Police Commission on March 5, 2020. This SOP defines a civil disturbance as an unlawful assembly that constitutes a breach of the peace or any assembly of persons where there is potential of imminent danger of collective violence, destruction of property, or other unlawful acts. These are typically, but not always, spontaneous occurrences requiring the emergency mobilization of police forces and related emergency services.

Over the course of the past several months, there have been at least 100 protests in the City of Milwaukee; however, there have been 6 instances when members of the Milwaukee Police Department have had to use chemical irritants to disperse unruly crowds.