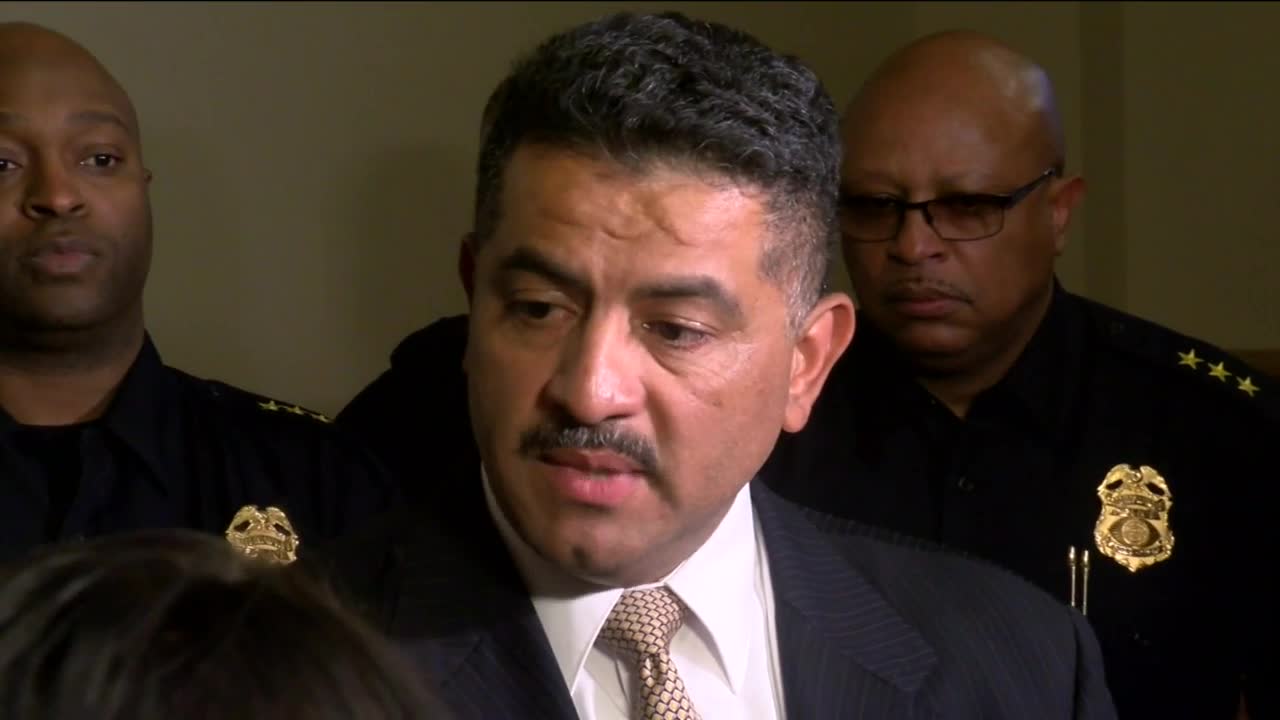 Alfonso Morales was given 11 directives in order to make changes about the Milwaukee Police Department. If he doesn't meet those standards, he could be fired, suspended, or demoted.

The first directive gives the commission the “Authority to Obtain Department Records.” Among the cases mentioned in the directive are; the 2018 arrest of Milwaukee Bucks Player Sterling Brown, the recent arrest of community activist Vaun Mayes, and the use of tear gas on demonstrators at 6th and McKinley during last month’s protests, and evidence related to sensitive crimes. This is likely targeted at a recent video leak involving FPC Chairman Steven Devougas.

Directives #2-4 ask for policies and plans related to Community Oriented Policing, Discipline for officers, and the department’s COVID-19 plans.

Directive #5 addresses the chief’s re-appointment. It calls for an evaluation of the chief’s job performance every 6 months and requests that the chief be accessible to commission members through an open door policy.

Directive #6 requests a full explanation of the hiring process for upper-level positions in the department.

Directive #7 asks the chief and his command staff to reply to FPC requests within 7 days.

Directive #8 asks that the department responds to all open records requests from the FPC.

Directives #9,10, 11 all directly relate to the chief. Asking that he attend all FPC meetings unless he can provide a 24 hour notice as to why he can’t appear. That he have open communication with the Executive Director of the Commission, and that he respond to this request for directives by August 6th.

Morales commented on the meeting through his attorney Frank Gimbel.

When asked if the board was setting Chief Morales up for disciplinary action, Executive Director Griselda Aldrete said “the board has spoken. We just want the Milwaukee Police Department to comply, and we’ll build a better city.”

Aldrete, who has been on the commission for a year has announced she will not be seeking re-appointment.