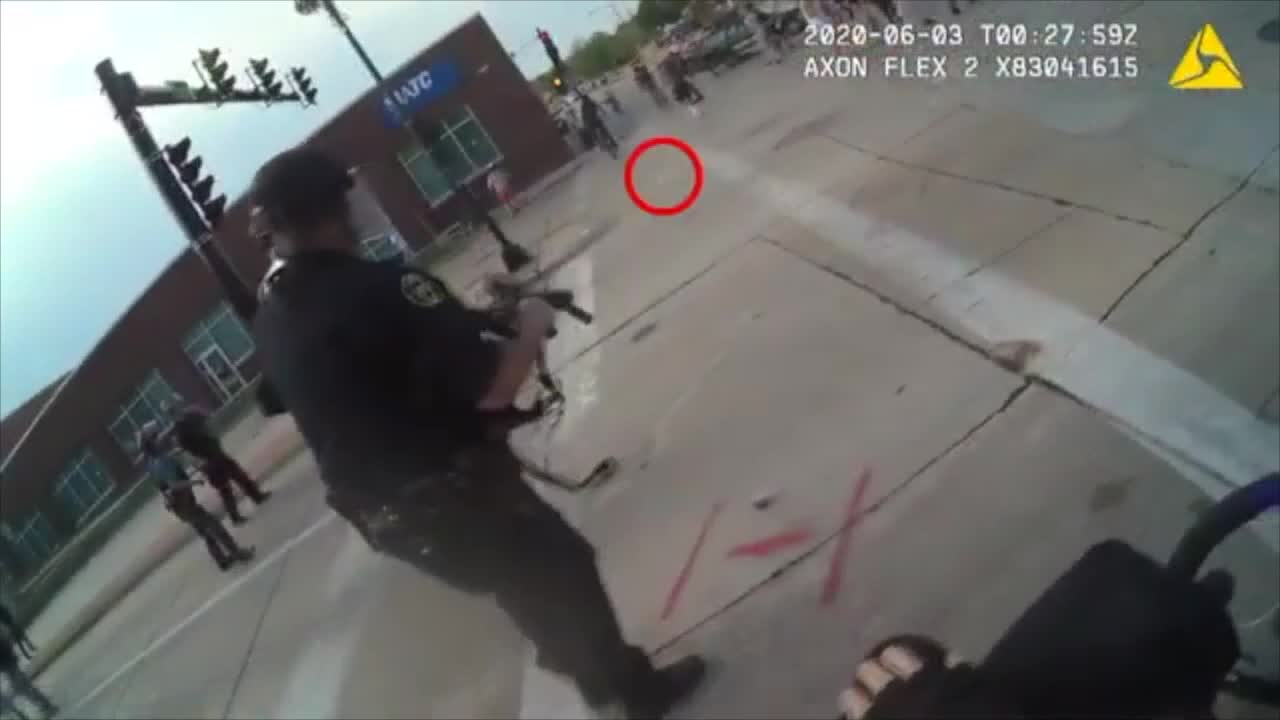 MILWAUKEE — Milwaukee police have released body camera footage from the altercation that happened between police and protesters Tuesday night at 6th and McKinley.

MPD said that a protester threw a Molotov cocktail at their line of law enforcement. The video shows various projectiles being thrown in the direction of police. It's unclear what those objects were.

This happened after hours of peaceful demonstrations throughout the city. Milwaukee police told protesters to leave when they reached 6th and McKinley around 7:30 p.m. The protesters did not leave which is when Milwaukee police called the group "unlawful" and began to use smoke to disperse the crowd.

In an emailed statement, police said the assembly was declared unlawful after protesters were "throwing rocks and glass at our officers." They also said a man in the crowd with a gun was taken into custody.

TMJ4 crews caught the whole thing on video as well: