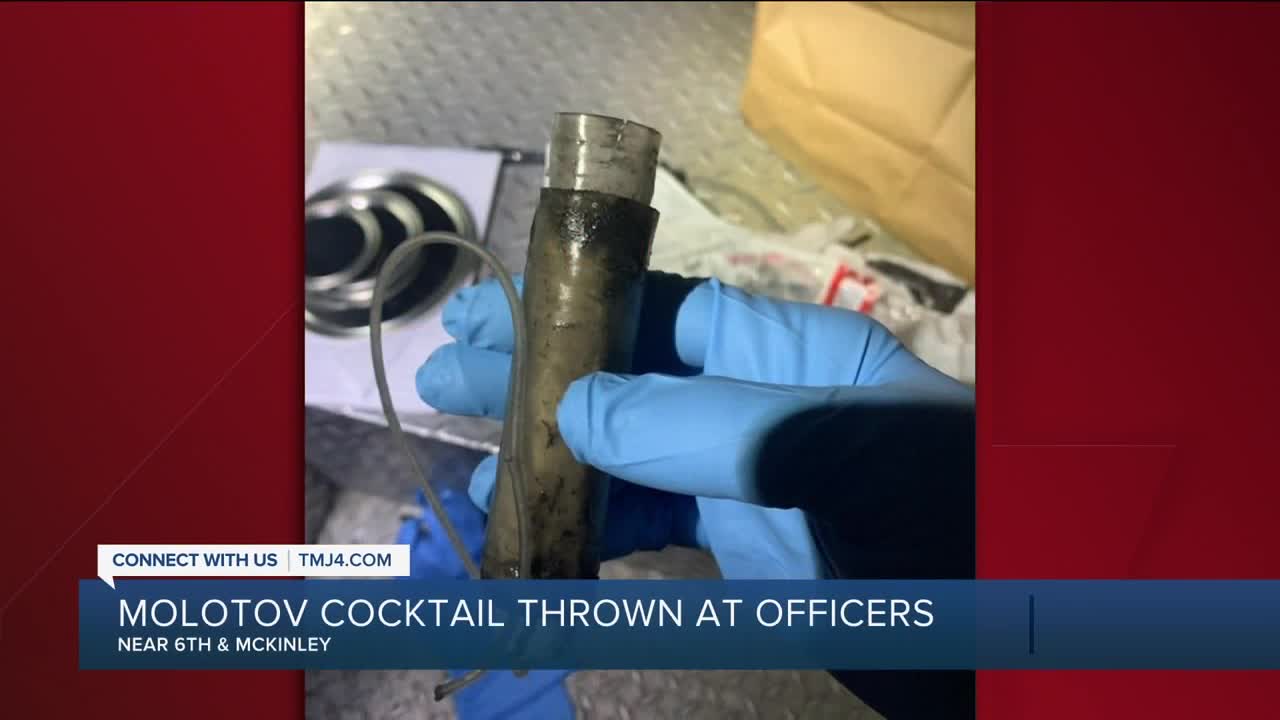 Police are saying that they had a molotov cocktail thrown at them near 6th and McKinley during overnight protests.

Milwaukee police are asking for any information from the public after they say a Molotov cocktail was thrown at police officers Tuesday evening.

Police said it happened after 8 p.m. in the area near 6th and McKinley. They say a Molotov cocktail was thrown at uniformed police officers, but it did not ignite.

"MPD would like to thank the protesters who continue to voice their frustration peacefully and we are requesting that all protesters remain peaceful," said a department spokesperson.

President Donald Trump responded to a tweet telling police to "get tough" after the Molotov cocktail was thrown: