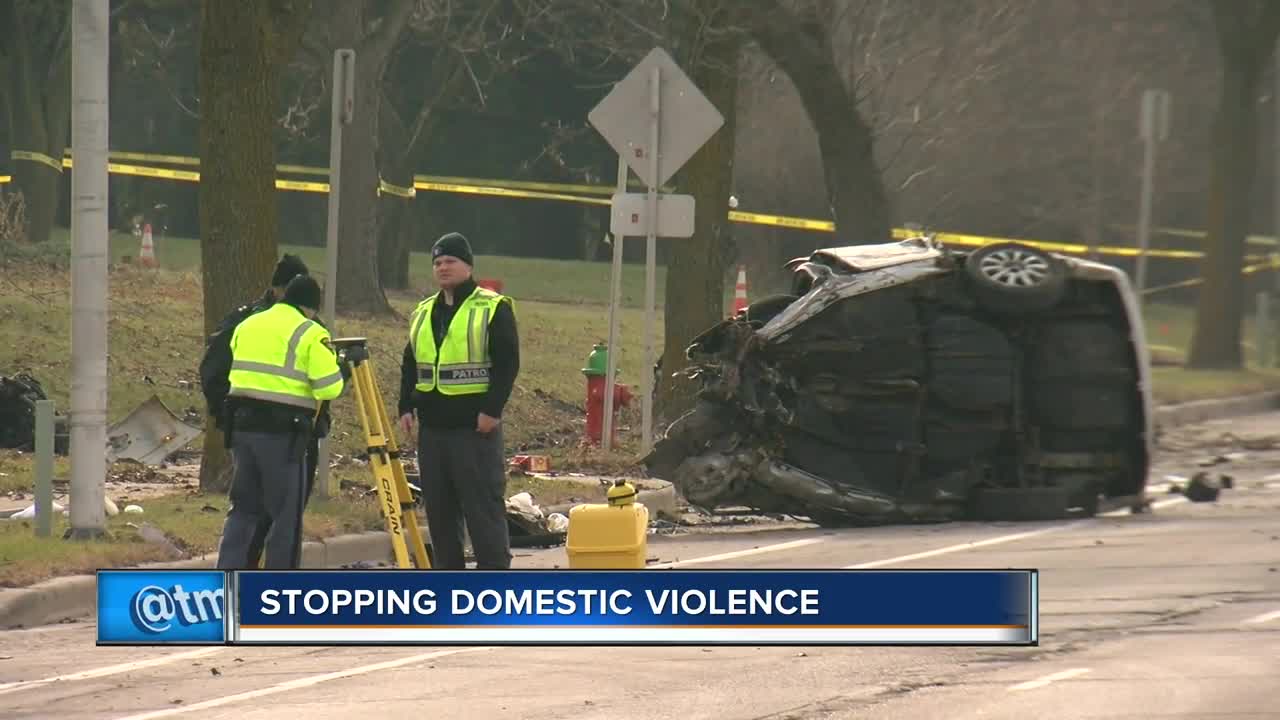 On Sunday afternoon, about 20 people came to hear her, a psychologist and Milwaukee Police officers discuss the impact of domestic violence on the community.

MILWAUKEE-- Local community members gathered to discuss the impact of domestic violence just after the Milwaukee Police Department confirmed that such an incident lead to a fatal police pursuit.

Authorities said that a man crashed his vehicle during a pursuit and died Sunday, after they were called to respond to a domestic violence incident.

Situations like this mean a lot to Sandy Smith.

"I remember a couple of years ago, it was a teenage girl who was in the car with her boyfriend, and she was shot in the head," Smith said. "It just clicked. That was you, it could have been you. You could have been a victim," she said.

Smith is a survivor of domestic violence. She founded the non-profit Survivor's Journey to Peace, an organization that provides support for those in abusive situations.

On Sunday, nearly two dozen people came to hear a panel of professionals discuss the impact of domestic violence on the community.

According to this year's report from End Domestic Abuse Wisconsin, 47 people died in domestic-related incidents across the state in 2018, down from 62 in 2017, according to the study.

Dr. Williams says that her clients often aren't aware that they are in abusive relationships.

"They not recognize, 'Oh, you used to watch one of your parents hit your other parent. Oh, you were sexually assaulted in a relationship with a boyfriend who was controlling, who told you he was going to do this to you in order to put you in your place,'" Williams said. "They don't label it as abuse."

Dr. Williams and Smith want to make sure that people are aware of ways to get help, whether that's going to police, finding an agency like Sojourner Family Peace Center or attending a support group meeting.

"Just hear the information," Williams said. "So that information can get you to a place where you feel comfortable enough saying, 'Hey, this is happening to me and I'm ready to do something about it.'"

"And help others who are in darkness come out and see there is life after abuse," Smith said.