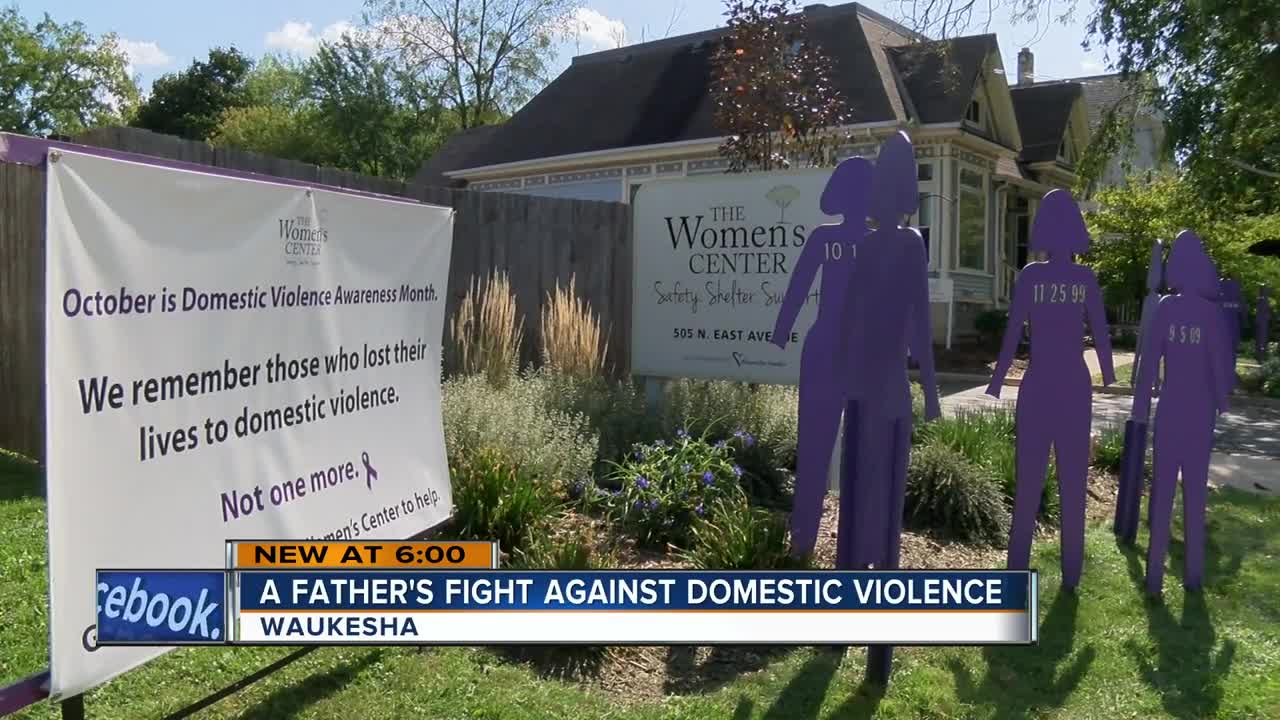 Nearly 50 people were killed in domestic violence-related incidents in Wisconsin in 2018, according to a new report by End Domestic Abuse in Wisconsin.

Nearly 50 people were killed in domestic violence-related incidents in Wisconsin in 2018, according to a new report by End Domestic Abuse in Wisconsin.

The organization discussed the findings at the Waukesha Women's Center on Monday morning.

According to the report, 47 people--victims and perpetrators--died in domestic violence-related incidents in 2018. In 2017, there were 62 deaths. The report shows 65% of the incidents involved firearms.

"Excessive jealousy, sexual assault, threats to use a weapon or actual use of a weapon, threats to kill, strangulation...these are the things that are happening, These are the common thread we see in the best majority of these cases," said Patti Seger, the executive director of End Domestic Abuse Wisconsin.

These statistics hit home for Buck Blodgett, a Hartford man who lost his daughter Jessie in 2013.

"She was smart, she was brilliant," Blodgett said. "Musically gifted. Music was going to be her vehicle to change the world."

In July 2013, 19-year-old Jessie Blodgett was murdered in her Hartford home by a friend from high school.

"After six years, I'm still sometimes at a loss for words to figure out myself what happened and why," Blodgett said. "But we need to get to root causes."

Domestic violence is a problem advocates are seeing locally.

The Waukesha Women's Center said it provided help and services to about 2,000 people in 2018.

These groups are working with local law enforcement groups to implement a program called Lethality Assessment Program, which helps connect victims to safety through a series of questions when police respond to calls.

"Getting to the end of the questions and looking them in the eye and saying, 'individuals in your situation get killed.' I've seen people break down, and it's incredibly powerful," said Delafield Police Lt. Landon Nyren.

Blodget will forever honor his daughter by sharing her story and spreading a message of peace and love.

"Now it's my turn to show the world what I'm bringing into this world, and it's Jessie's turn," Blodgett said. "And it's your turn, it's all of our turns, the question is, what are you bringing?"