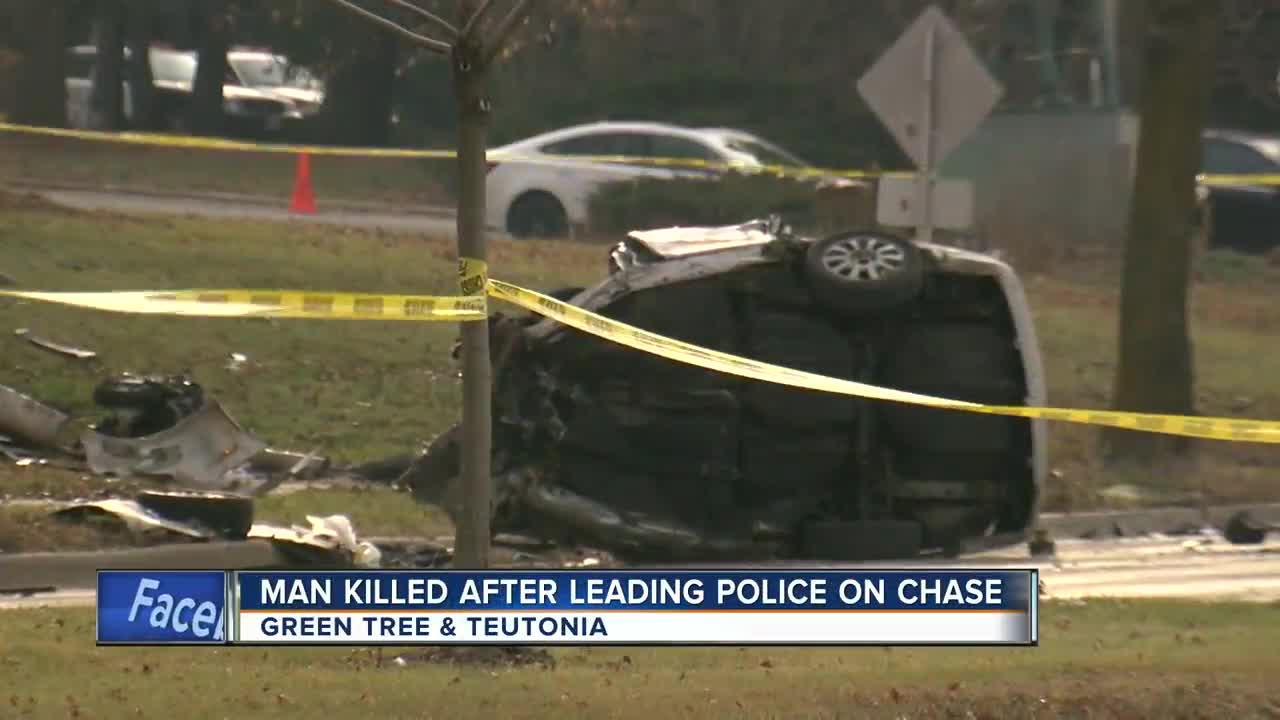 The incident unfolded about 1 a.m. Sunday when the Milwaukee Police Department was called to respond to a violent domestic incident.

MILWAUKEE-- A man is dead after leading police on a high speed chase and losing control on Milwaukee’s North Side Sunday morning.

The incident unfolded about 1 a.m. Sunday when the Milwaukee Police Department was called to respond to a violent domestic incident.

Later in the morning about 6:30 a.m. officers found the 28-year-old suspect in a car near the intersection of 33rd and Custer.

When officers approached the vehicle, the suspect sped off leading police on a short chase until he crashed in front of the Milwaukee Police and Fire Academy.

One person from those vehicles had minor injuries and was taken to a local hospital.

The suspect died on the scene, according to authorities.

Sylvia Williams ran into the tragic site on her way to open up Faith and Hope International Ministry, across from the street.

“It’s just sad all the way around,” Williams said. “It’s awful. You know Milwaukee, the drivers just need to be careful.”

A car the suspect was driving was split in two, barely recognizable, with its parts scattered all over Teutonia.

Williams said something needs to change when it comes to reckless driving in the city.

“Let people live,” Williams said. “Wake up. You know life is too precious for this.”

She along with Sylvia Sonny, who lives in the area, feel those that are causing trouble and driving recklessly need to realize the impact they have on the rest of the community.

“It’s unfortunate people get hurt, but we can’t continue to let these people get away with all this crime and this fast driving, this reckless driving, killing people and children,” Sonny said.

The Wisconsin State Patrol is investigating the crash.

Authorities haven't released any details on the domestic violence incident