"Not something kids need to see," Children find human remains in West Allis 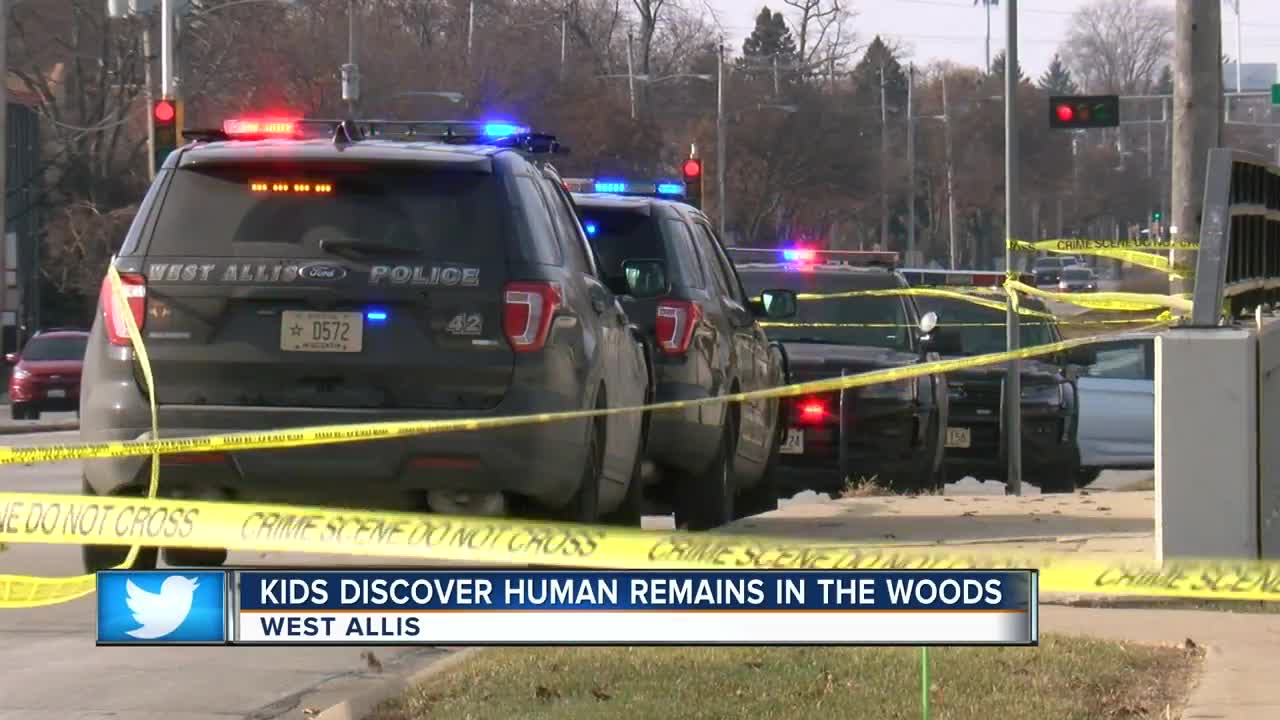 West Allis Police are investigating after they say three kids found human remains in a wooded area in West Allis on Saturday morning.

Investigators responded about 9 a.m. to the intersection of 74th and Oklahoma for reports of the call. Neighbors said that authorities quickly taped off a block and the drainage area nearby.

Authorities said that the remains "were in an advanced state of decomposition," according to police. Families who live in the area quickly became concerned.

"Upset at first because we have a small daughter now and this is going to be our home for a while," said Molly Wirnsberger who lives nearby.

"That's not something that kids need to see," Wirnsberger said.

The Milwaukee County Medical Examiner was also called to the scene to support the investigation.

"It's a little creepy because we walk down in that walkway and had never come across anything, but thinking we could have walked right past that," said Heather Hitcher.

Authorities continue to investigate the circumstances of the discovery. If you have any information, contact the West Allis Police Department.