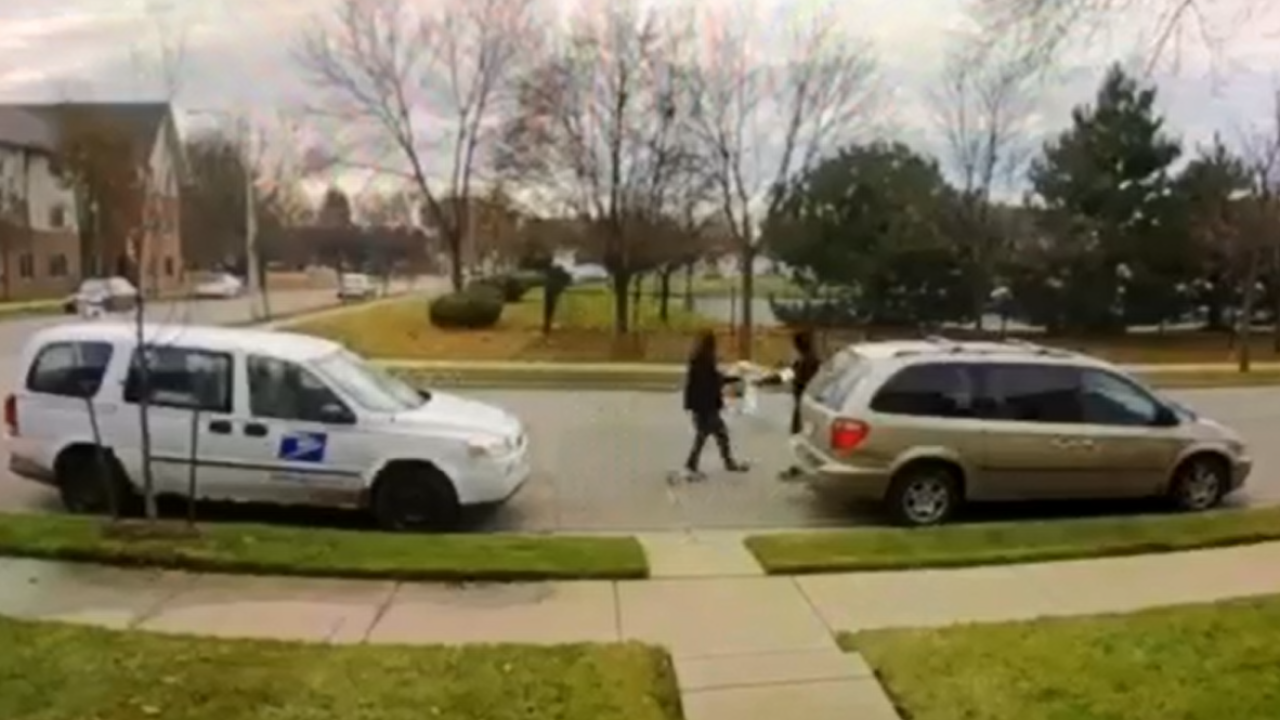 Milwaukee police are still searching for the suspects involved in the entry of a United States Postal Service vehicle after retrieving the vehicle they used during the time of the crime.

Police say there are five suspects involved in the incident.

The first suspect is a black male, 17 to 22-years-old, 6 ft. to 6 ft. 4 in. tall with a thin build and medium brown complexion. He was seen wearing a bright orange winter hat, grey hooded jacket with black sleeves, dark pants and bright blue shoes with white soles.

Suspect #2 is described as a black male, 17 to 22-years-old, 5 ft. 8 in. tall with a medium build, medium brown complexion and medium length hair. He was wearing a 'very distinct' black hooded zip-up jacket with white fabric surrounding the elbow portion of the sleeves, according to police. He was also wearing black pants with white coloring in the outer calf area and black shoes with white soles.

The third person is a black male, 5 ft. 11 in. to 6 ft. tall, 17 to 24-years-old with a medium brown complexion, medium build and short hair. He was wearing a black Polo Ralph Lauren jacket with the gold emblem on the left portion of the chest area. The jacket also has the number '3' in white on the right sleeve. He was also wearing torn designer-style blue jeans.

The last suspect is a black female, 5 ft. 3 in. to 5 ft. 6 in. tall, 17 to 24-years-old with a stocky build. She was wearing her hair in a bun on top of her head at the time of the incident, as well as a black Polo hooded sweatshirt with the word 'POLO' on the front in red and dark pants.