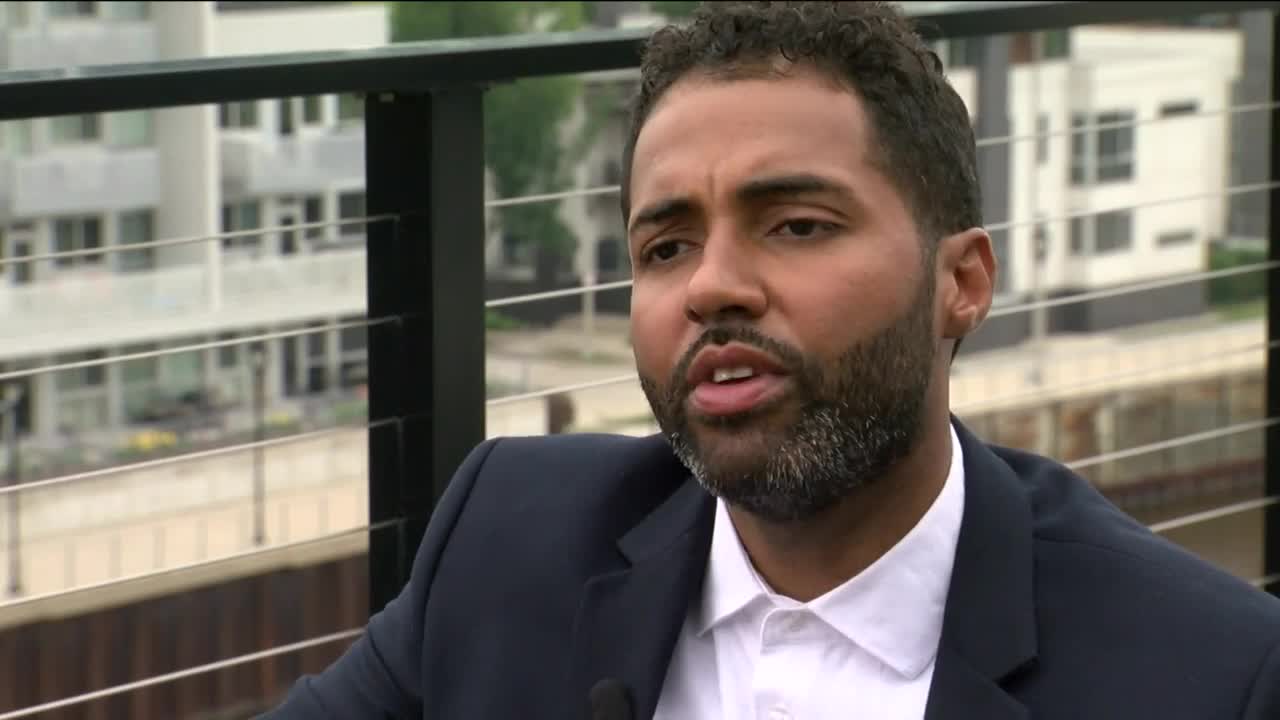 A Milwaukee born filmmaker is helping shine a light on the disparities facing the Black community because of COVID-19.

MILWAUKEE — A Milwaukee born filmmaker is helping shine a light on the disparities facing the Black community because of COVID-19.

In addition to the health disparities, Theo Rogers is trying to help people understand the myriad of other issues that are disproportionately affecting in the Black community through the documentary Milwaukee in Pain.

Rogers works professionally as an audio technician for a company in Las Vegas who focuses on live events. Because of restrictions put on by the pandemic, he's been out of work. However, when he discovered how the virus was impacting Black Milwaukeeans like him, he felt like he needed to do something to help.

"What really hurt me was Milwaukee was suffering some of the highest rates of Coronavirus, especially in our inner city," Rogers said. "I really wanted to get to the bottom of the story."

Rogers says five members of his extended family have died from COVID-19. He's seen first hand how it can have an impact.

"Once I got here, the victim list kept growing," Rogers said. "The more I spoke to people, the more I realized this is real and more people passed away."

"It was trying emotionally, mentally, physically," Adrienne Lathan said. "It's something I really can't even describe."

Lathan survived COVID-19. She spent nearly a week in the hospital back in March with, what she described as, unbearable pain.

"It was excruciating pain," Lathan said. "I just didn't know what to do."

Lathan's emotional pain was increased just four days after she was released from the hospital. Her father, who was suffering from a number of health complications, was diagnosed with COVID-19 and died.

Even in her suffering, both physically and emotionally, she recognized the systemic impact facing people in the community.

"Adequate healthcare is not available to African Americans," Lathan said. "I think that plays a big part in why so many people of color are becoming victims of COVID."

"When I saw the numbers, I was a little shocked, but also worried," Lathan said. "A lot of other people who have fallen victim to it, the accessibility to adequate healthcare, that plays a big part for them."

"We need to make sure we're doing more and one of the other things that we just highlight is the misinformation that was shared around this pandemic that was shared," Rep. David Bowen said. "It hurt our community even greater as there were all types of unfounded untruths that were shared."

Bowen also survived COVID-19. He knows others weren't so lucky with their health, but his focus is also on the chain reaction this could have on people of color beyond just their health.

"As our communities have been dealing with an economy that has been harder on us to have access to living wage jogs and jobs where you don't have to come in contact with the public, you don't have the luxury to work from home," Bowen said. "A lot of people from our community do not have access to primary healthcare physicians or relationships with doctors. Rather, we are in a position where we are reliant on emergency room care and urgent care. It's really time for our federally qualified health centers to continue to invest in them so that they can expand their reach."

The economic hardships put on everyone by the pandemic are also having greater impacts in communities of color.

Milwaukee has low African American homeownership rates. Pair that with higher unemployment rates and a poverty rate over 40 percent, it can decimate a community.

Another factor Rogers focuses on in the documentary is the impact on education. Wisconsin has the largest achievement gap in the country for African Americans. There are concerns that the gap could widen with Milwaukee Public Schools proposed plan to keep students at home in the fall due to the pandemic.

"When we go back to educating our children, we're going to have to find out what's the best way," Rogers said. "If these teachers do not know how to adapt to virtual classroom settings and students don't have tools to succeed, how are we going to move it forward? Everyone needs to have the proper equipment to succeed, period. That's a bare minimum. If you grow up in the area code 53206, you still need what the Oak Creek School District has or what the Wauwatosa School District has in order to be successful."

In growing up on the city's northside, Rogers says this documentary allowed him time to reflect on his own life and how it would have been impacted by the virus. He frequented corner stores for a bite to eat as a kid. Neighborhoods he grew up in are considered food deserts, with no supermarkets or access to healthy foods. This, paired with the prior issues mentioned, can lead to health conditions later in life.

Add in the pandemic, and it's created a bullseye for the virus.

"You're not taught in the culture to go to the doctor on a regular basis," Rogers said. "You're not going to do it once you become an adult. These things have been plaguing my community for a long term before me and they were plaguing the community before my parents."

Milwaukee in Pain is finished, but Rogers says they're working on a release date. He says you can visit their website for updates on when the film will officially be released.

The website will also provide resources to help Black businesses and those impacted by healthcare disparities.

"People were really hurt," Rogers said. "We were getting a lot of emotional feedback in the beginning. Because of those emotions, I knew I needed to build a message of hope at the end of it."