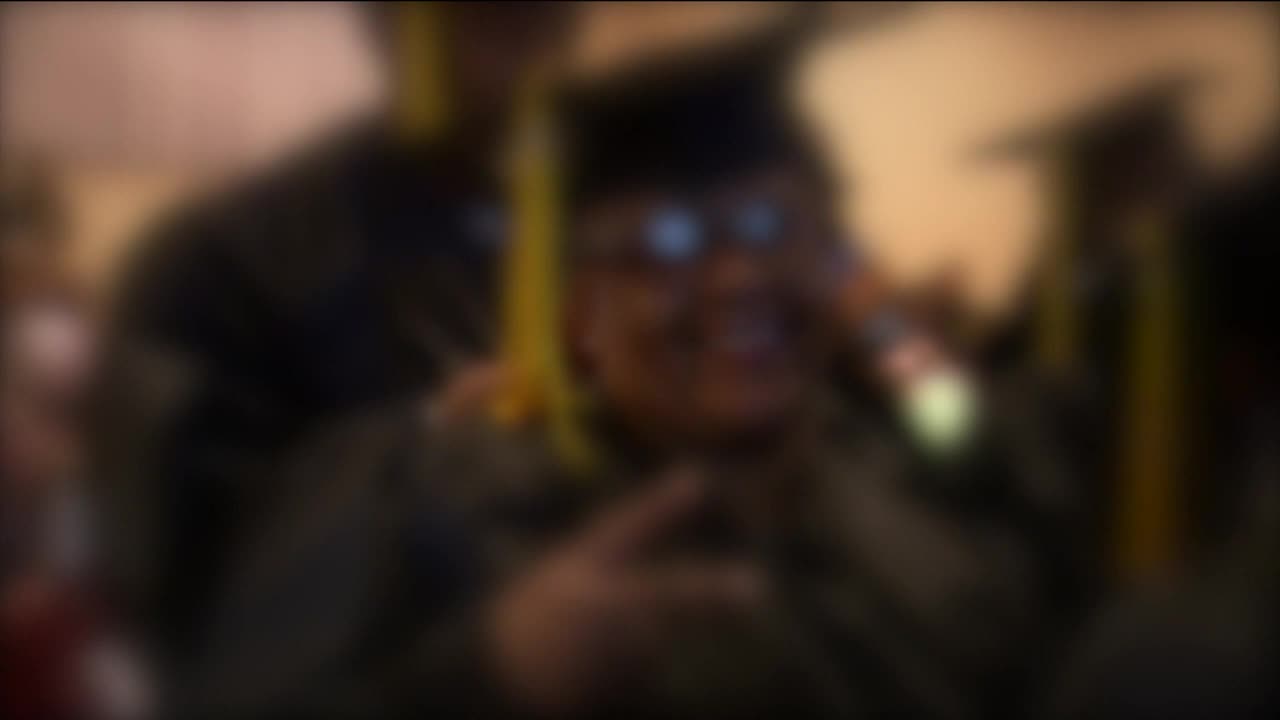 How to fix the education gap in Milwaukee.

MILWAUKEE — Despite schools being desegregated over six decades ago, African American students face significant hurdles in receiving a quality education.

Wisconsin faces the largest gap in graduation rates between white and black students. The National Center for Education Statistics said 94 percent of white students graduated from high school in Wisconsin as compared to 70 percent of black students, in 2018. Furthermore, the Postsecondary National Policy Institute said as of 2017, just 13 percent of undergraduates in the United States are African American.

"I like to look at it from the perspective of an opportunity gap, based on things happening systematically in the city," Kanika Burks, Principal of Milwaukee College Prep said. "Do all of the children in the City of Milwaukee have the same opportunities to be successful in school?"

"Education plays a huge role in that puzzle," Burks said. "When you talk about barriers being put up, you talk about redlining, where someone can live. That also impacts where someone can go to school and also impacts if the tax base is not okay and where you go to school. It's not equally funded. It's all connected. We're seeing how disconnects impact our children."

"We can talk all we want," Dr. Howard Fuller, a distinguished professor at Marquette University said. "There is only so much education you can do with the person who is fundamentally racist if you don't see me as a human. Those inequalities bubble up to the surface at different moments in time and then people say, I didn't know these existed. Well, they've existed forever. This has been a reality ever since we were brought here as indentured servants. "

Fuller has a long history in education in Milwaukee. He was Superintendent of Milwaukee Public Schools from 1991 to 1995. While one of the biggest changes in education happened during Brown v. Board of Education, he says that didn't solve the issue facing African American students.

"What Brown versus the Board of Education never solved and could not solve was the economic dilemma," Fuller said. "That impacts the capacity that kids have when they arrive at school. So it was only addressing the school issue. It was not addressing all of the attendance issues that we're sitting here talking about that impacts what happens in the school."

In order to battle against the opportunity gap, Burks and other education experts say the key is to get started young.

"We're trying to make sure that when they enter kindergarten, they do have the skills to problem solve, manage those emotions and so that they can be in the classroom and get the learning that they deserve," Felicia Saffold, Director of Educational Services with Next Door said. "That's the foundation and we need to create solid foundations for these kids at an early age, especially between three and five."

Next Door has a number of services for younger kids to learn. Saffold said, their program is not a daycare service, but rather an educational experience for kids.

"It's good that the kids are taken care of all day," Saffold said. "But what we are doing is helping them gain the skills and knowledge to set them up for success."

Burks suggested, even if you can't get your kids into a program like Next Door, to make education a priority at a young age.

"I absolutely believe the key factor is the mindset around education at an early age," Burks said. "It's important we're reading to our children and exposing our children to all opportunities. It's never too early to start talking to children in ways we want them to communicate with other people. Too often, we look at our youngest babies, when they're three years old and say, 'that's my baby.' That child is already listening to language. That child is already beginning to pick up sounds and that's the beginning of that foundation of what they're hearing turn into the way they speak which turns into the way they write and impacts their love of literature. We pour into that foundation, it could change the trajectory for all of our young people."

Foundations like that lead Emauri Stewart to become the first student in his family to attend college. He's graduating soon and will start at Concordia in the fall.

"It means a lot to me," Stewart said. "I'm in this position because those before me never got the chance that I did. I just feel like I have to make the most of this situation."

It's time for celebration for Stewart and his family.

"I feel very happy for that family," Fuller said. "Then, I flip back and know that in this country, if you include associate degrees, only eleven percent of first generation low income students complete college after six years."

Many colleges offer programs to help with this. The University of Wisconsin-Milwaukee offers a program called Upward Bound and Marquette University has a Minority Retention Grant to help students financially.