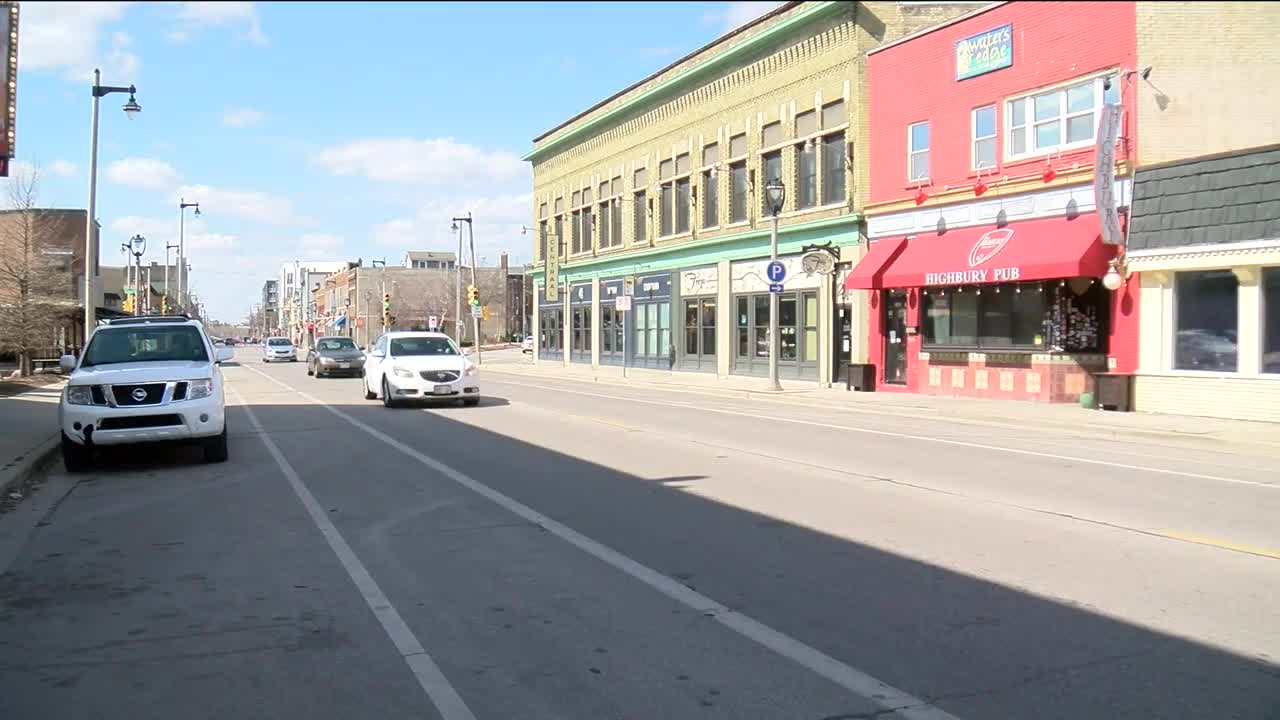 Restaurant industry experts in Wisconsin fear half of the restaurants in the state could be forced to close permanently because of the "Safer at Home" order extension. MILWAUKEE — Restaurant industry experts in Wisconsin fear half of the restaurants in the state could be forced to close permanently because of the "Safer at Home" order extension.

"I'm already hearing from members saying they can't survive," Kristine Hillmer, President and CEO of the Wisconsin Restaurant Association, said. "We're thinking half of the restaurants statewide can't survive. I've had emails already, people saying, I cannot make it until May 26th. I should just close my doors right now."

Thursday, Governor Tony Evers announced the extension. However, Hillmer says this could change the landscape of the food scene around Wisconsin forever.

"We have a really strong and unique food scene," Hillmer said. "We have a lot of independent restaurants and great chefs. You'll see that impacted. You'll see a lot of that rich food culture disappear."

Places like The Packing House in Milwaukee. General Manager Chris Wiken says they've been open for 46 years but don't know if they'll see 47.

"It is a true concern whether or not we can weather this storm," Wiken said. "We've weathered a lot of good economies and bad economies in the last 46 years but nothing like this before."

Wiken says they've had to get creative to stay afloat. They've offered at-home Wisconsin brandy old fashioned kits and curbside fish fries. However, with the Lenten season over, he's not sure how much longer they can last.

But he's still supporting the extension. If The Packing House survives this shutdown, he does not think they could withstand another, if another wave of COVID-19 surfaces.

"If we ease restrictions too soon and we see another outbreak of this, and we're in the same boat in late summer or fall, we can not survive another thing like this again," Wiken said. "This has been hard enough. It's going to be harder and harder to see the finish line and get through to the other side."

Losing restaurants like this could have detrimental impacts to Milwaukee long-term. Hillmer says unique places like these are what make cities attractive.

"One of the things we see is when there is a revitalization of a neighborhood or a city, a lot of times, that's driven by a restaurant coming in," Hillmer said. "They become a place for people to socialize, where they gather with family and friends. It becomes part of the glue that makes a community special. When you lose that element, you lose personalization."

Hillmer says the restaurant industry can be fickle in typical scenarios. Right now, there are some 280,000 people in the leisure and hospitality industry who are on unemployment.

"For every 95 to 97 cents that comes into a restaurant, it's spoken for," Hillmer said. "It's spoken for in terms of staffing costs, food costs, overhead, and so on. All of this change is in the context of a very slim profit margin, to begin with. It's a lot of those independent restaurants, those small Mom and Pops, or somebody who has not changed business models to go with the times. Those are the ones we're going to see closing. It's going to be brutal. I'm not going to sugar coat it. It's tough out there."

Hillmer says this isn't an indictment on the decision to keep doors closed.

"We have to protect the citizens of Wisconsin," Hillmer said. "We have to slow the spread and make sure it's safe. But when everyone's livelihood is impacted, and they can't feed their families, is that cure worse than the actual virus? A lot of people are debating that. I see [the] business impact to restaurants, it's brutal. It's a small business extinction event."

To help struggling restaurants, Hillmer suggests ordering from the restaurants directly and not using third-party applications.

She also suggests, if purchasing gift cards to use when these places do open back up, doing that directly as well.

"Call them to see how to best do it through them," Hillmer said. "If you go to a local store and you see a bunch of gift cards, that's through a third party company too. They don't get all of those dollars. A marketing agency gets those dollars. If you want to support a restaurant, go through them. I get the convenience from third-party deliveries, but unfortunately, it's being harmful to our operators."

Because the support they've already received has been overwhelming, but they'll need it to continue now more than ever.

"We've been very blessed to have a lot of community support the last few weeks," Wiken said. "We hope that continues. We're confident we'll be the ones to survive, but it will require continual community support in coming out and dining with us as often as possible and not just enjoying the Friday fish fry but looking at us for other dining options."