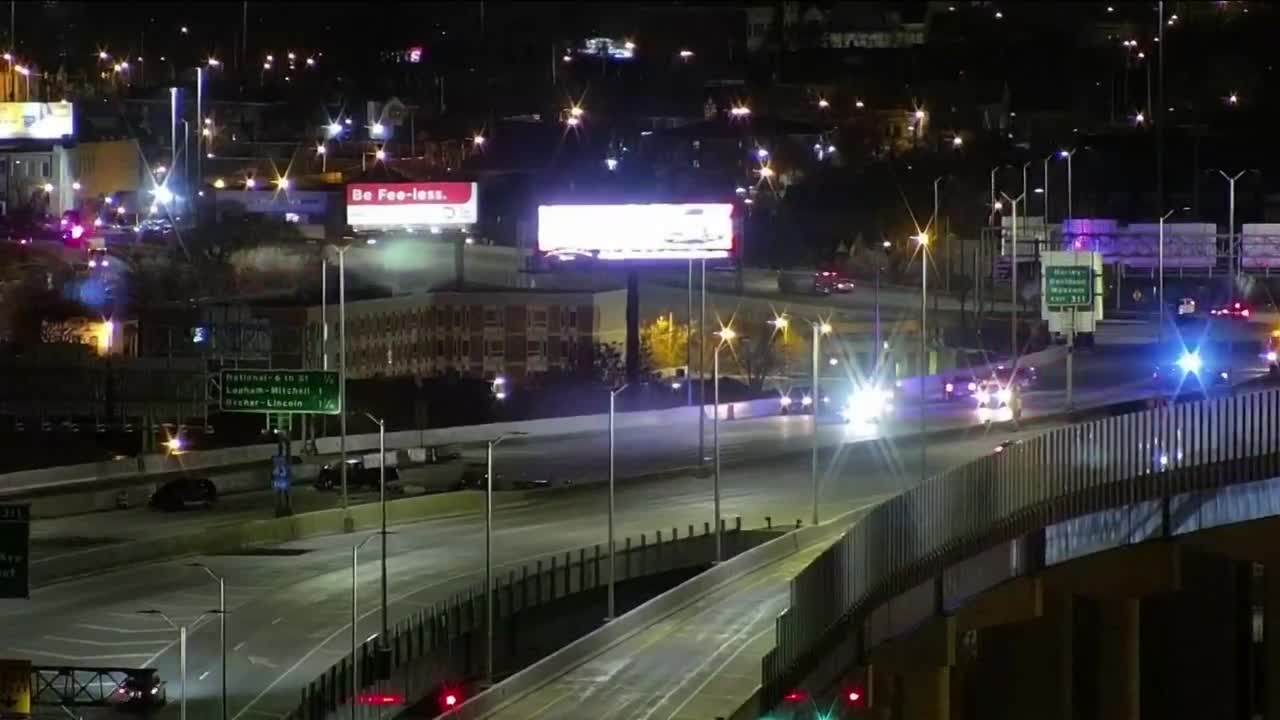 All lanes on northbound I-43/94 west of Canal Street are closed due a crash, the Milwaukee County Sheriff's Office said Monday morning.

The Office's investigation report concludes that a driver of a Jeep Wrangler was heading at a high rate of speed when he lost control and struck a median along I-43. The vehicle rolled about 100 feet, giving another driver of a GMC Sonoma no time to stop. The second driver then collided with the first vehicle. A third vehicle, a Toyota Sienna, then crashed into the first two vehicles, according to the office.

The drivers of the first two vehicles involved in the crash were pronounced dead at the scene.

They are identified as Harjot I. Kumar Nunez, 23 of Milwaukee, and Adalberto Sanchez, 31 of Milwaukee. Investigators believe the force of the crash forced Sanchez through the window of the car.