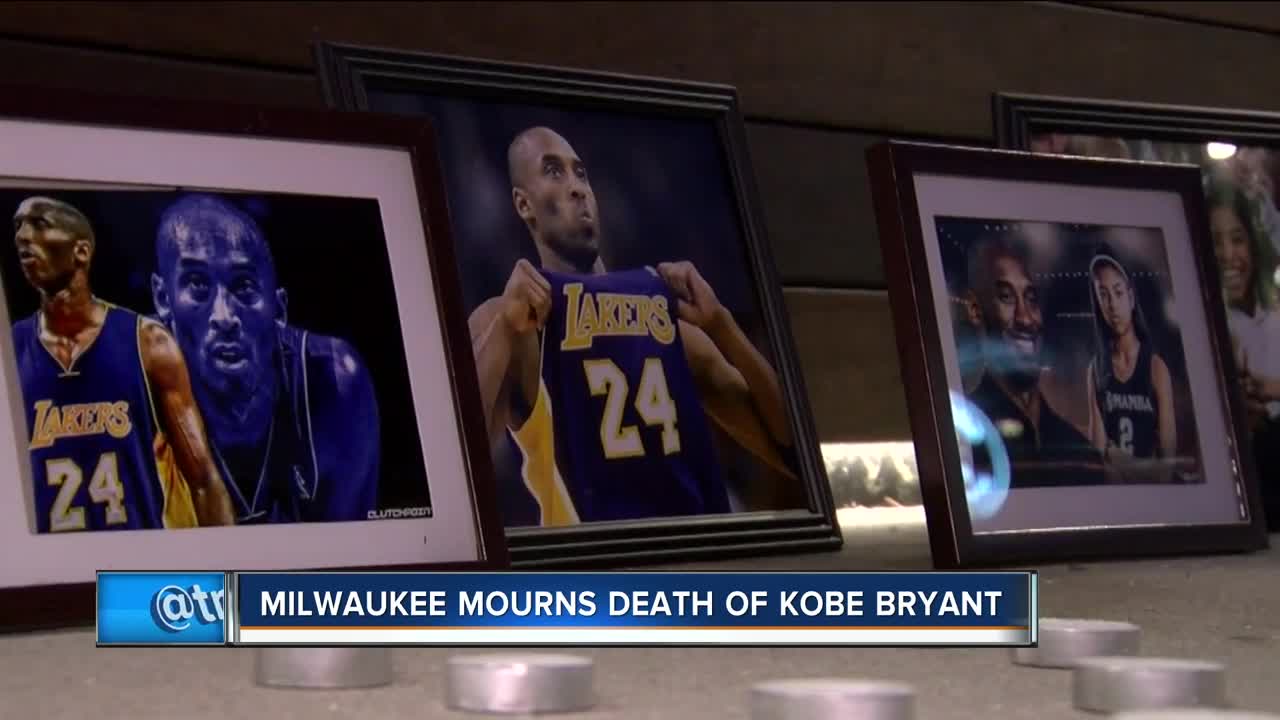 Kobe Bryant and one of his daughters were among the nine people killed in a helicopter crash in southern California on Sunday, NBA Commissioner Adam Silver confirmed.

The 41-year-old was killed alongside his 13-year-old daughter and seven others in a helicopter crash Sunday morning in Calabasas, California.

The news rattled Bryant’s fans in Milwaukee, making Robert Haskins feel compelled to set up a memorial outside Fiserv Forum. Several people turned out to reflect on the star’s passing with candles, flowers, balloons and pictures. Fiserv Forum was lit with purple and gold lights in honor of the Lakers, the team to which Bryant dedicated his career.

“It’s Kobe, it’s like, we got to show love for Kobe,” Haskins said. “One of the greatest players to touch a basketball has passed, and not only has he passed, he passed at 41 years old. Kobe had a whole…he got coaching in him. He had so much more to give to the game, he gave to the game of basketball so much.”

“I remember being a kid watching him beat the Celtics in the finals, and the Magic,” said fan Ryan Graham. “And he made me fall in love with basketball.”

Meanwhile, across town at the Riverwest Community Outing Association, a group of lifelong friends gathered on the court to honor the legend.

The group plays for hours every Sunday they say in part thanks to Bryant’s legacy.

“We grew up in this neighborhood, and for us to still have this camaraderie to this day, is come from seeing Kobe play,” said Andre Cohen.

“He’s an idol to me,” said Johnny Benson. “He’s the reason I picked a basketball up.”

Not only was Bryant a star on the court, fans say he was a role model with strong work ethic who inspired everyone to be their best.