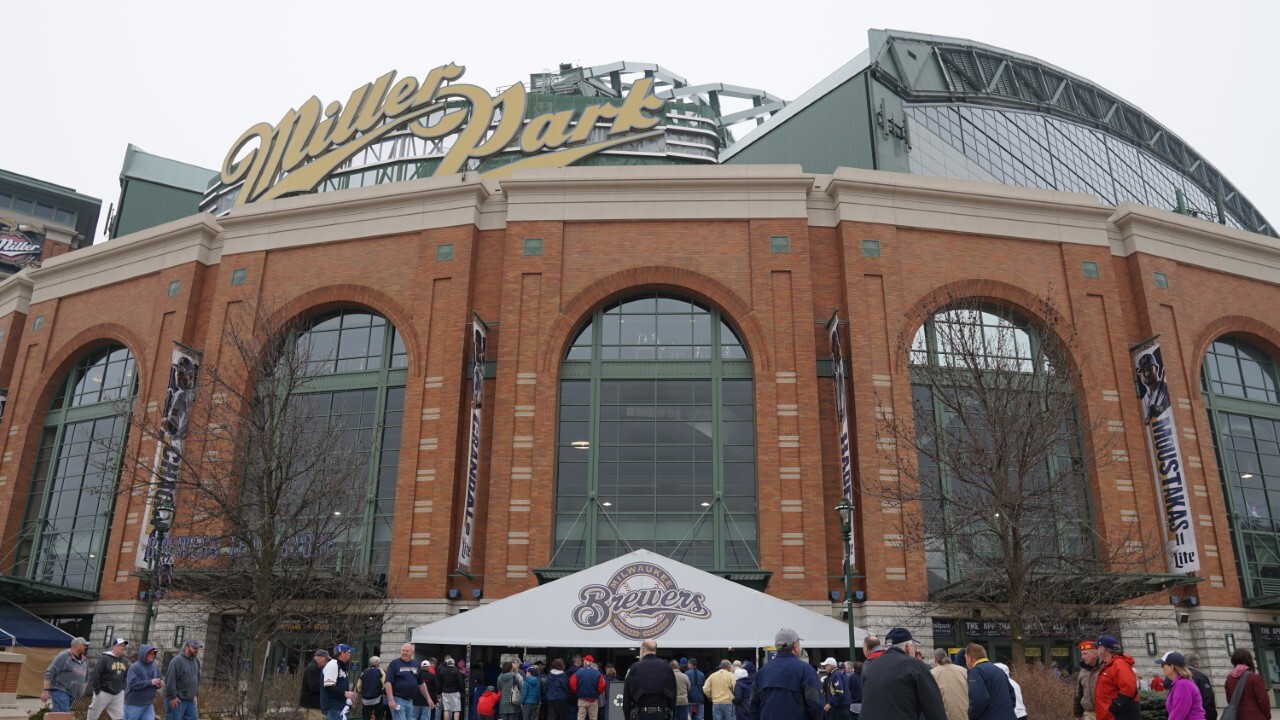 Wisconsin sports fans were happy for a Milwaukee doubleheader: the Brewers in action in the afternoon against the St. Louis Cardinals and the Bucks taking on the Detroit Pistons in Game 2 of the NBA Playoffs in the evening.

For fans Ron, Chad and Bill, they were happy they didn't have to choose between watching the Brewers or the Bucks. After the Brewers game, they were running home to change into their Bucks gear, then heading to Fiserv Forum.

"You got to figure you’re taking a day off for the Brewers game so you’re off already, why not just roll into the Bucks game and make it a Milwaukee day," Ron Beam said.

For Chad Miller, this will be his first Brewers and Bucks games in two years.

The Brewers-Bucks support can be seen all around the city and over in Walker's Point. Shawn DeKay, owner of Dream Lab, is working on painting a mural that will feature two of Milwaukee's MVPs.

"With Giannis (Antetokounmpo) doing just as well and us seeing something I have never seen with the Bucks, it’s only right that I put him on the other side," DeKay said.

The mural will feature Giannis side-by-side with NL MVP Christian Yelich. A mock picture of the finished product made its rounds on the internet, and DeKay said people have been supportive of the idea.

"I can’t remember a time in my life where it’s been this exciting for both teams," DeKay said.

DeKay is confident Giannis will win the NBA's MVP award.

"I can’t remember a time in my life where it’s been this exciting for both teams." — Shawn DeKay, owner of Dream Lab

"I think he should get it. I think he will, and if he (doesn't), still he’s Milwaukee’s MVP, for sure," DeKay said.

DeKay is hoping to finish the mural by next week.