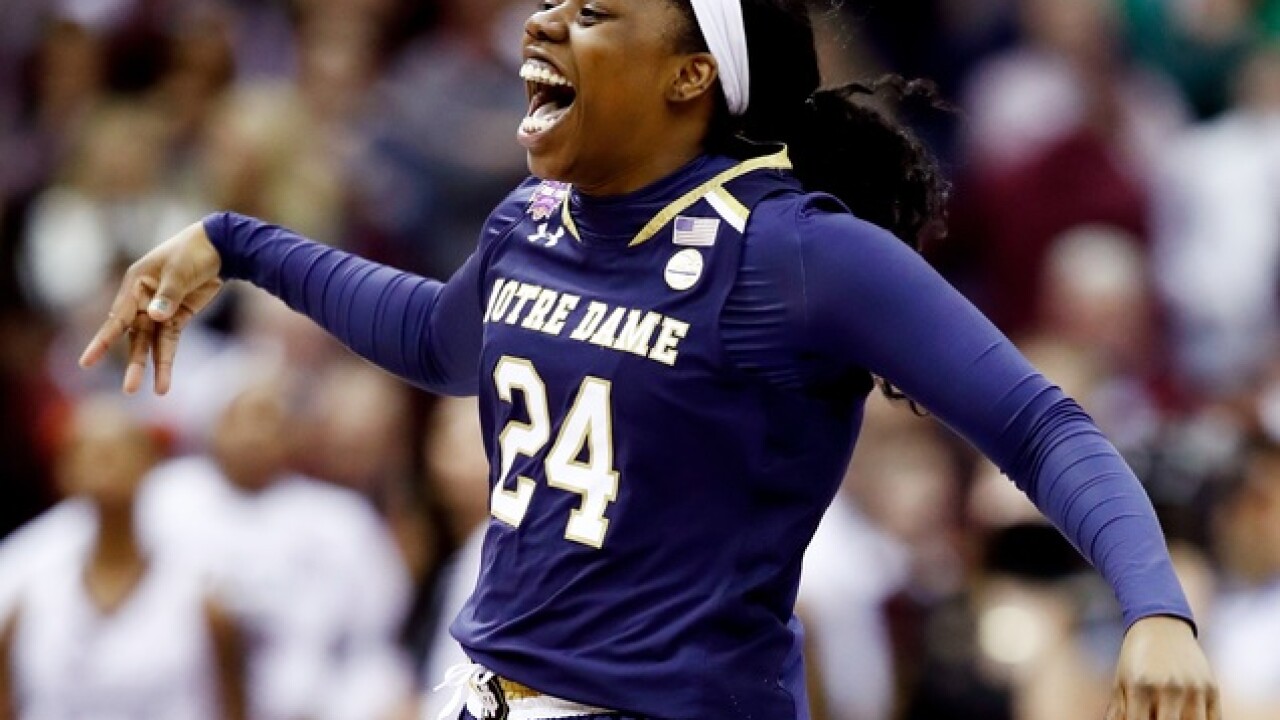 Image copyright 2018 Getty Images. All rights reserved. This material may not be published, broadcast, rewritten, or redistributed.
Andy Lyons

Milwaukee native Arike Ogunbowale will be on the April 9 issue of Sports Illustrated after making the game-winning shot in the NCAA Women's National Championship .

Win a natty, make the cover of @SInow .

Yep, we could get used to this.

The Divine Savior Holy Angels graduate helped Notre Dame beat Mississippi State  with less than three seconds left in the game. She also hit a buzzer beater in the semi-finals against undefeated Connecticut.

"Can anyone name another player who's done it back to back in semi-final and a final game - I've not heard anybody come up with somebody who's equaled that feat," Bartel said.