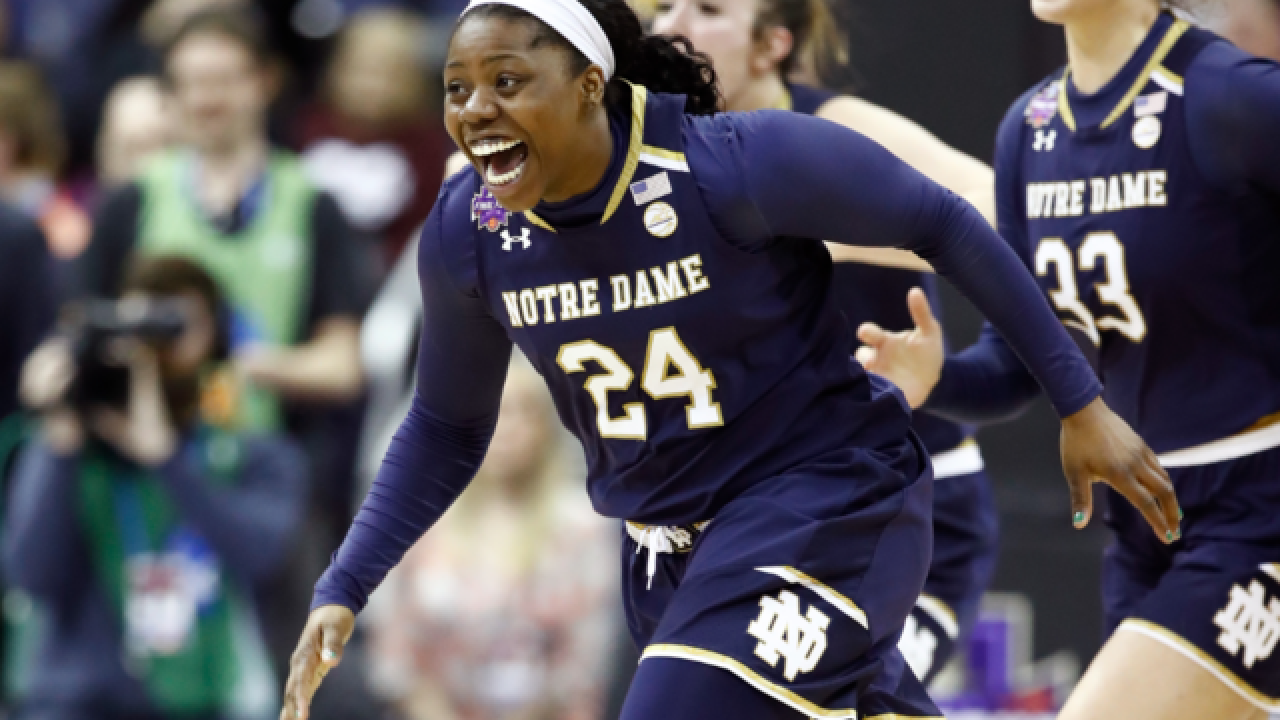 Image copyright 2018 Getty Images. All rights reserved. This material may not be published, broadcast, rewritten, or redistributed.
<p>COLUMBUS, OH - APRIL 01: Arike Ogunbowale #24 of the Notre Dame Fighting Irish celebrates after scoring the game winning basket with 0.1 seconds remaining in the fourth quarter to defeat the Mississippi State Lady Bulldogs in the championship game of the 2018 NCAA Women's Final Four at Nationwide Arena on April 1, 2018 in Columbus, Ohio. The Notre Dame Fighting Irish defeated the Mississippi State Lady Bulldogs 61-58. (Photo by Andy Lyons/Getty Images)</p>

She hit the game-winning shot against Mississippi State with less than three seconds left in the game. Some are calling it the greatest last second shot in championship game history.

But it's nothing new if you talked to people at her alma mater Divine Savior Holy Angels in Milwaukee. They say Ogunbowale is made for the big stage.

The school's president Ellen Bartel told TODAY'S TMJ4 she always comes through in the clutch.

"Ice water in her veins," said Bartel. "She's worked so hard that she knows when push comes to shove she can do it."

Ogunbowale actually hit two-game winning shots in the Final Four this past weekend, her first against UConn to put the Fighting Irish in the championship game.

"Can anyone name another player who's done it back to back in semi-final and a final game, I've not heard anybody come up with somebody who's equaled that feat," Bartel said.

This weekend's performance even got her a shout out from NBA legend Kobe Bryant.

As her name hangs in the rafters of the DSHA gym, Bartel can only imagine where Ogunbowale’s career will go.

“If the WNBA wasn't already looking at her they have to be looking at her now. I know that she'll be successful with whatever she does because of that incredible work ethic and that ability to focus is so valuable no matter what you do," Bartel said.

Along with hitting the game-winning shot Ogunbowale was also named the tournament's most outstanding player.