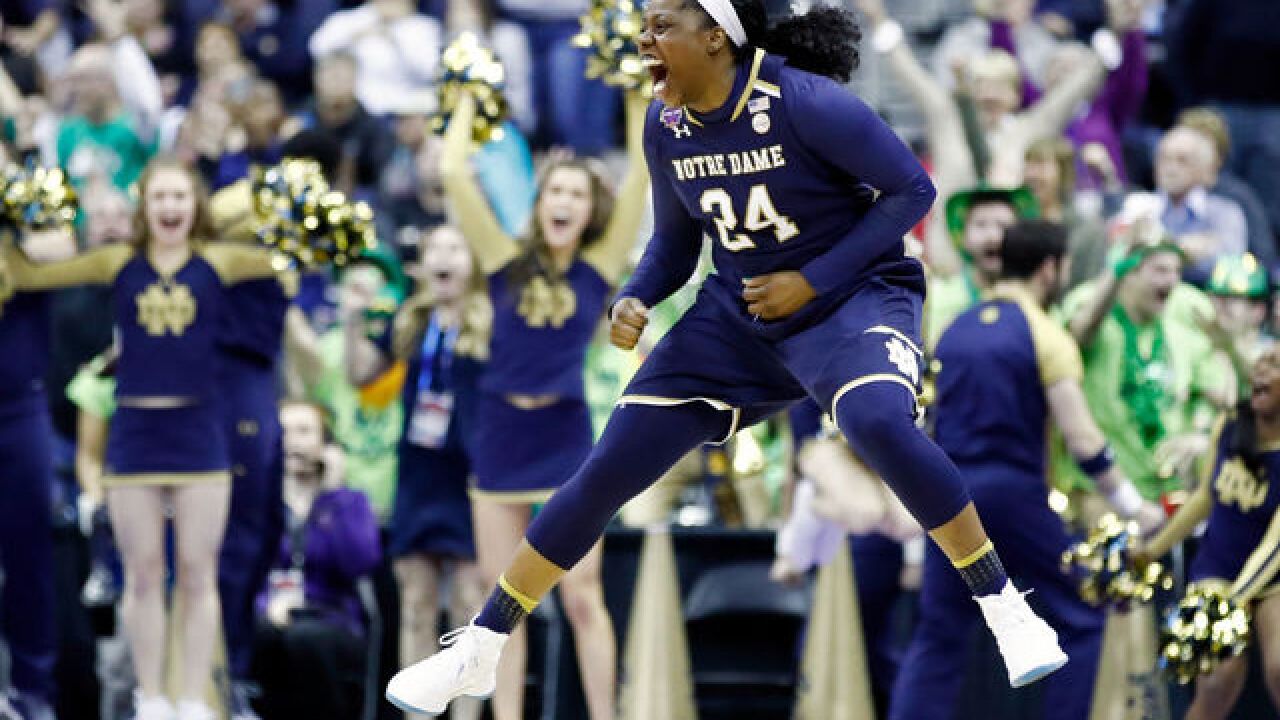 Image copyright 2018 Getty Images. All rights reserved. This material may not be published, broadcast, rewritten, or redistributed.
Andy Lyons
<p>COLUMBUS, OH - MARCH 30: Arike Ogunbowale #24 of the Notre Dame Fighting Irish celebrates her game winning basket with one second left in overtime against the Connecticut Huskies in the semifinals of the 2018 NCAA Women's Final Four at Nationwide Arena on March 30, 2018 in Columbus, Ohio. The Notre Dame Fighting Irish defeated the Connecticut Huskies 91-89. (Photo by Andy Lyons/Getty Images)</p> 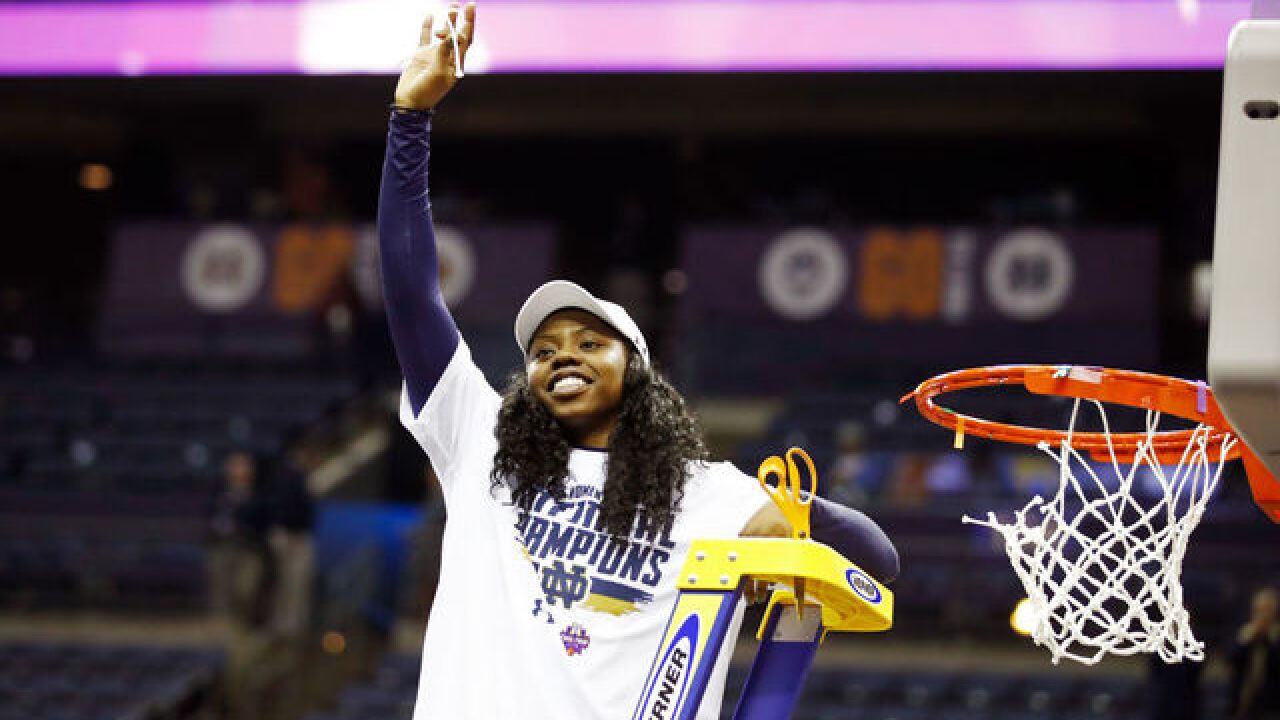 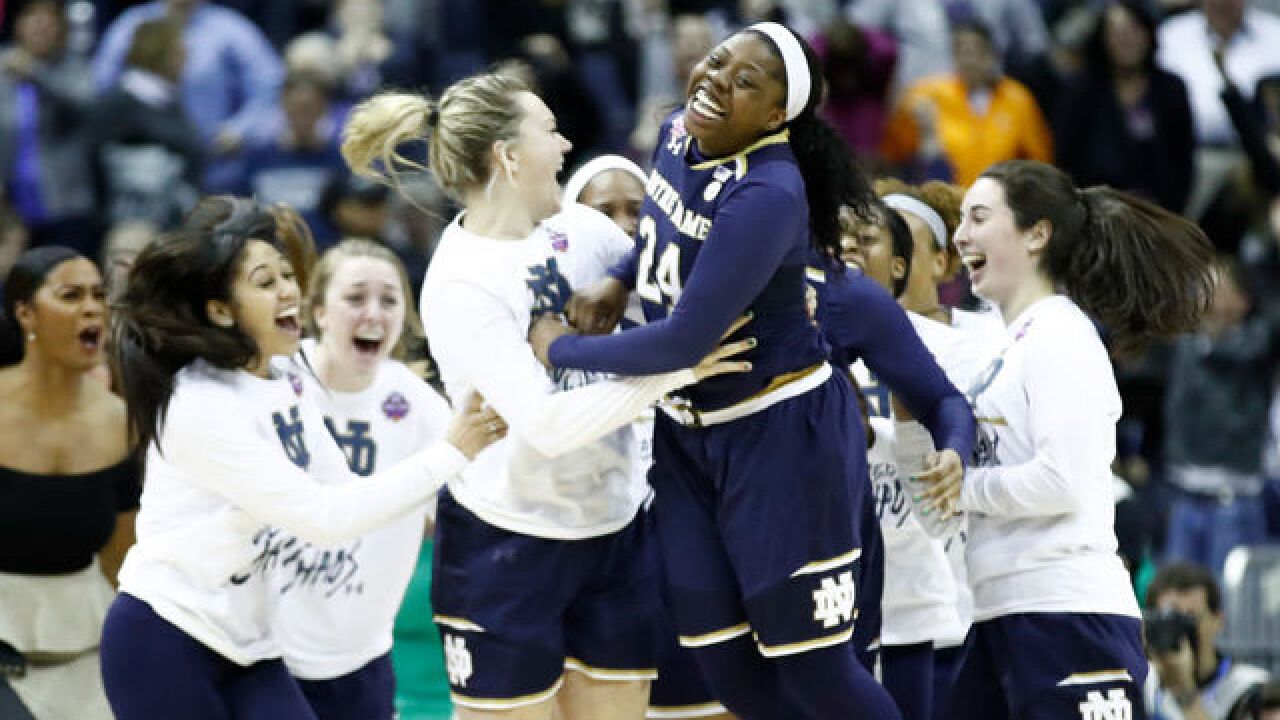 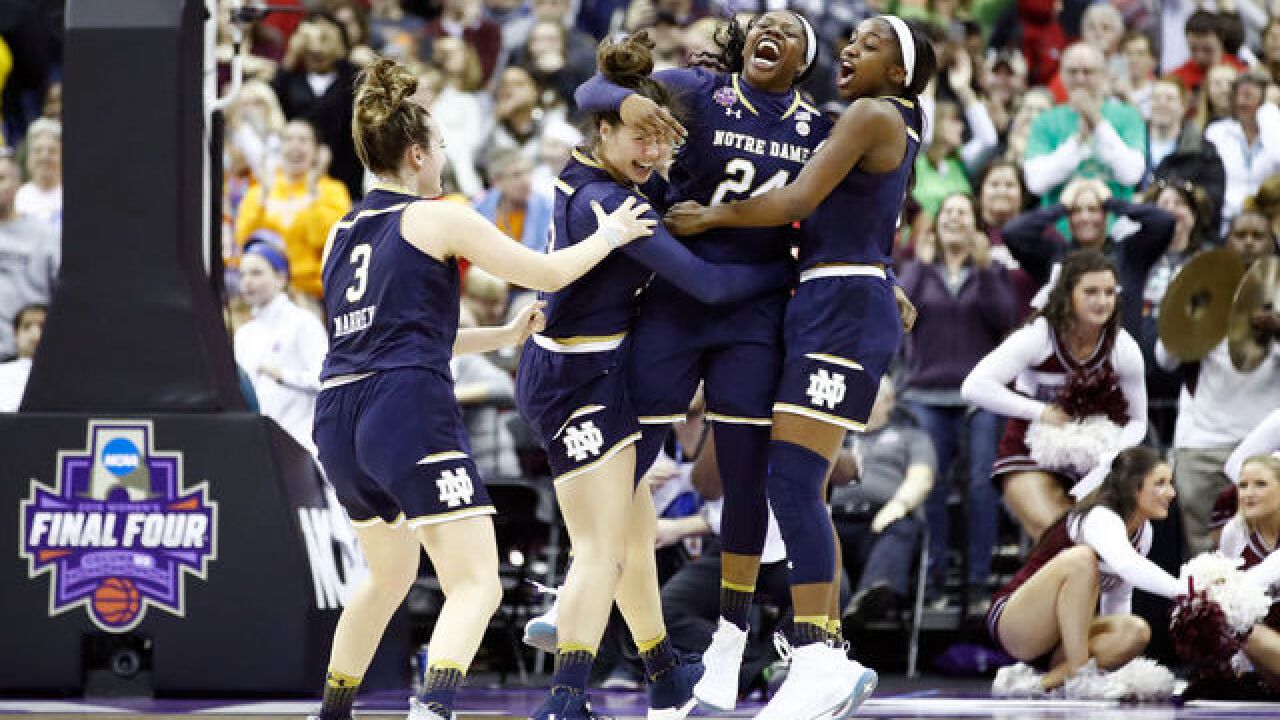 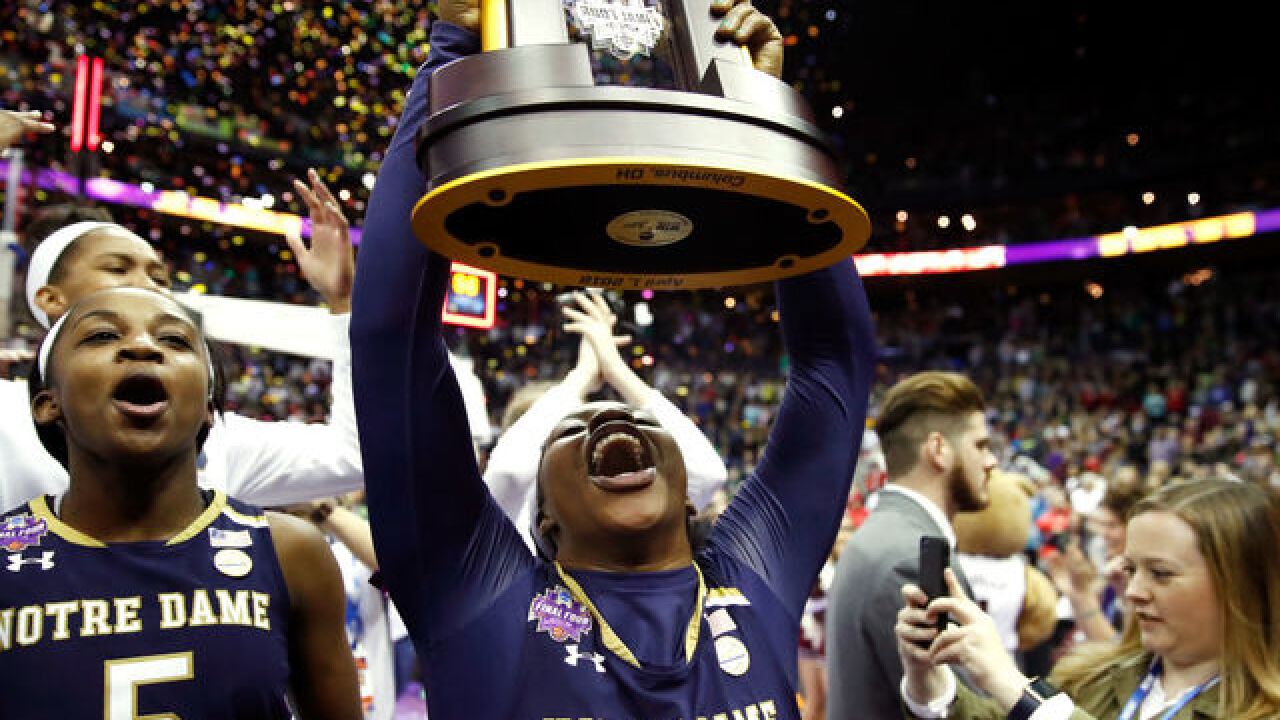 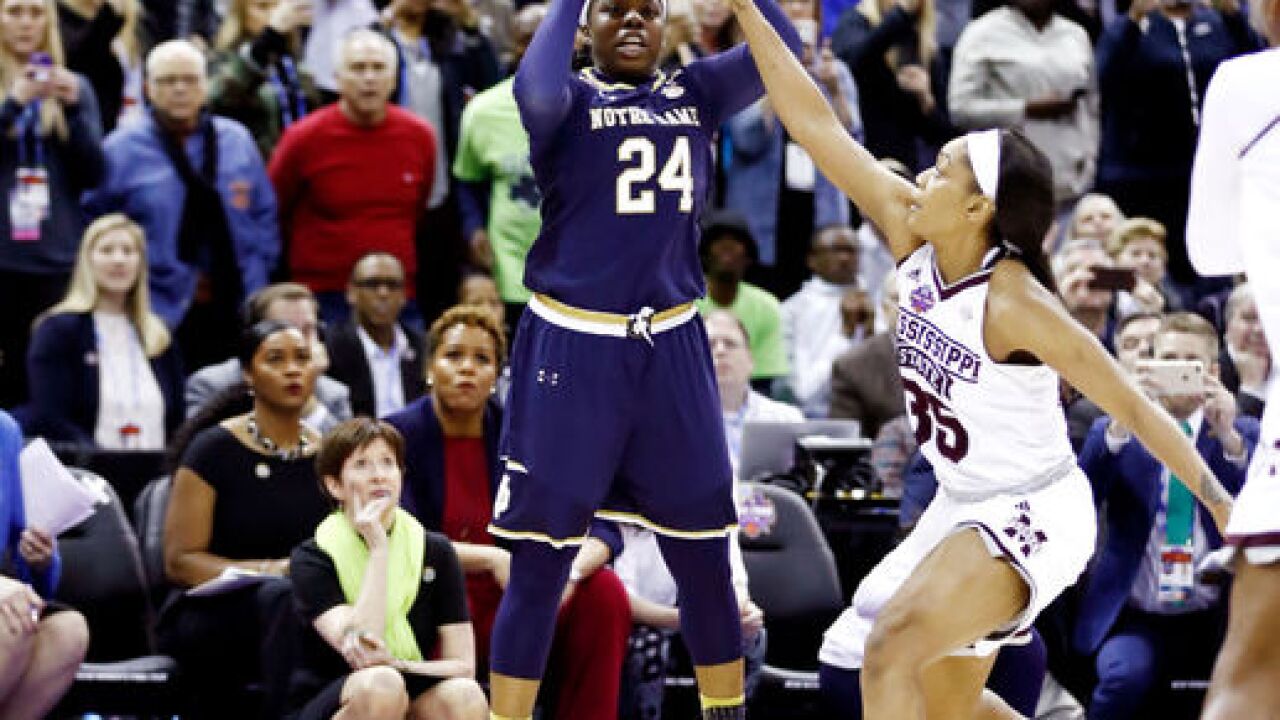 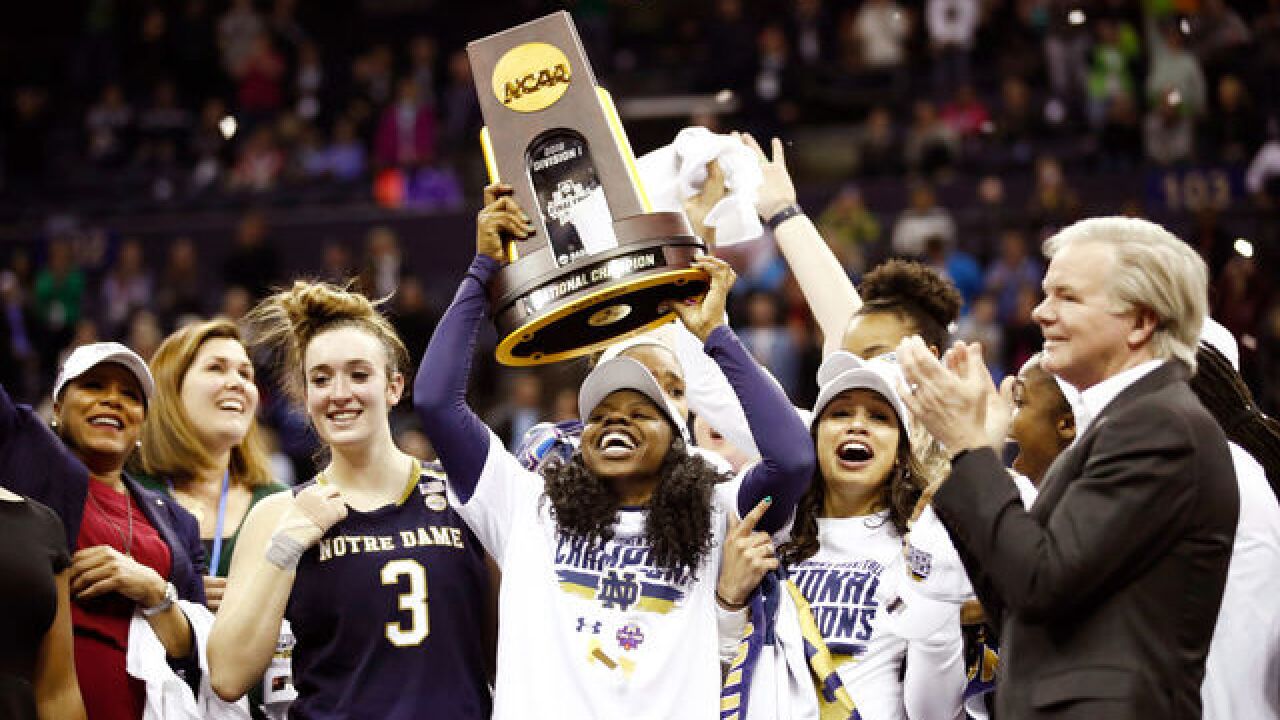 COLUMBUS, Ohio (AP) — Milwaukee native Arike Ogunbowale hit a 3-pointer from the corner with a tenth of a second on the clock to lift Notre Dame to its second women's basketball title, a 61-58 victory over Mississippi State in the NCAA championship game on Sunday night.

It was the second straight game that the junior guard hit a shot in the final second to carry the Irish. Her jumper with one second left knocked off previously unbeaten UConn in the semifinals.

With the game tied, Ogunbowale took the inbounds pass and dribbled to the corner, hitting the game-winner.

"It just felt right," said Ogunbowale, who scored 14 of her 18 points in the second half. "I practice late-game all the time. I just ran to Jackie and said, 'Throw it to me, throw it to me.'"
Ogunbowale earned most outstanding player honors for the tournament.

The title came 17 years to the day after the Irish's only other championship in 2001.

It’s been a whirlwind weekend for Ogunbowale, that included a Twitter back-and-forth with Kobe Bryant, who was in the stands for Friday’s game.

Bryant congratulated on Ogunbowale on Twitter, and she responded that her life was “complete” after receiving the compliment.

Bryant responded that her “life would be complete by finishing the job on Sunday.”
Consider that job complete.