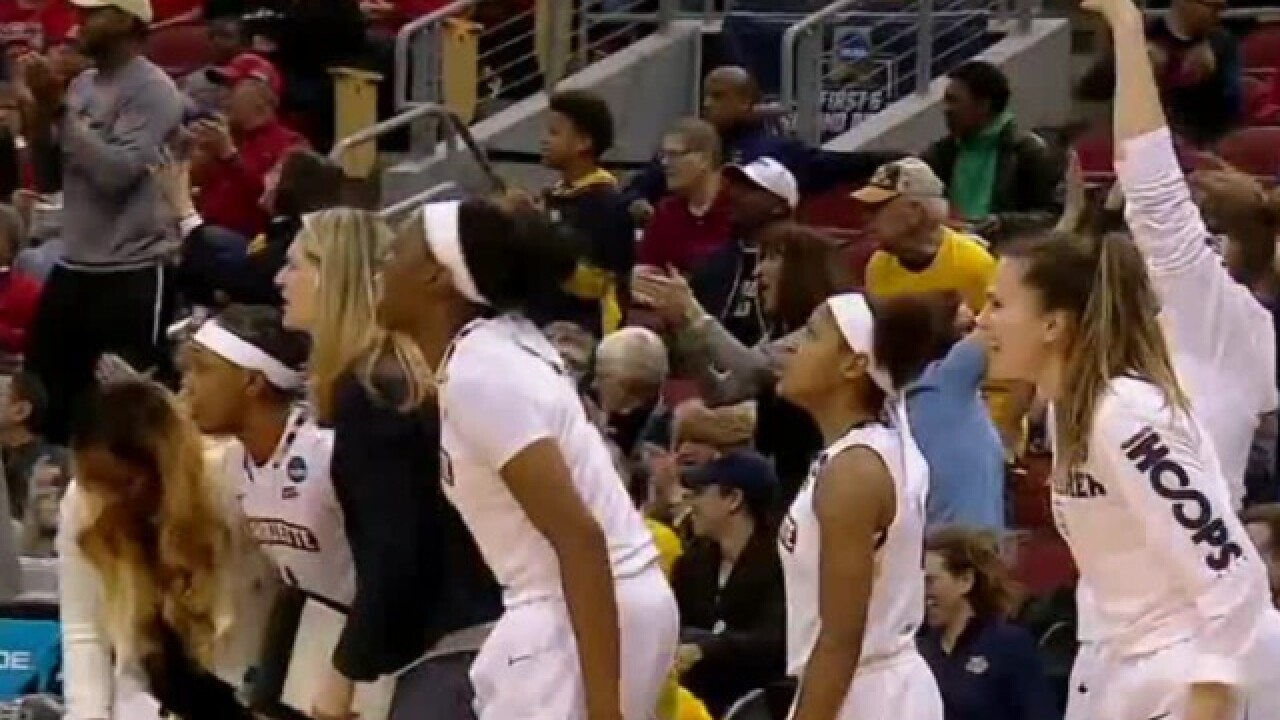 The Marquette Women's Basketball Team will keep dancing in March Madness after they took down Dayton 84-65 Friday afternoon.

Marquette's campus was quiet during the game as students are off on Spring Break, but those who had to stay for athletics brought the noise to the Al McGuire Center to cheer on the Golden Eagles.

"Here at Marquette we just love to support each other," said Assistant Athletic Director of Marketing Torrey Ball.

A group of around 20 Marquette staff members filled the women's basketball team's film room inside the Al McGuire Center to watch the game.

"We have a little bit of everybody, all of our administration," Ball said. "We had a couple of our coaches here."

A slow start for the Golden Eagles brought tense faces in the crowd, but cheers prevailed.

"When you have a big play you want to, 'let's go!'" Ball said. "Get really, really loud and excited. It's just a fun environment to be a part of."

After winning the Big East regular-season championship, and a runner-up finish in the conference tournament, Marquette Senior R.J. Boehman admits, he was somewhat surprised by their 8 seed.

"I was kind of expecting a six or a seven," he said.

"I would be remiss to say nothing but all the way," he said. "We only expect Final Four or more."

The Marquette women move on to the round of 32. They take on Louisville on Sunday. On that same day the Marquette men will be filling up the Al McGuire Center to play Oregon in the NIT.