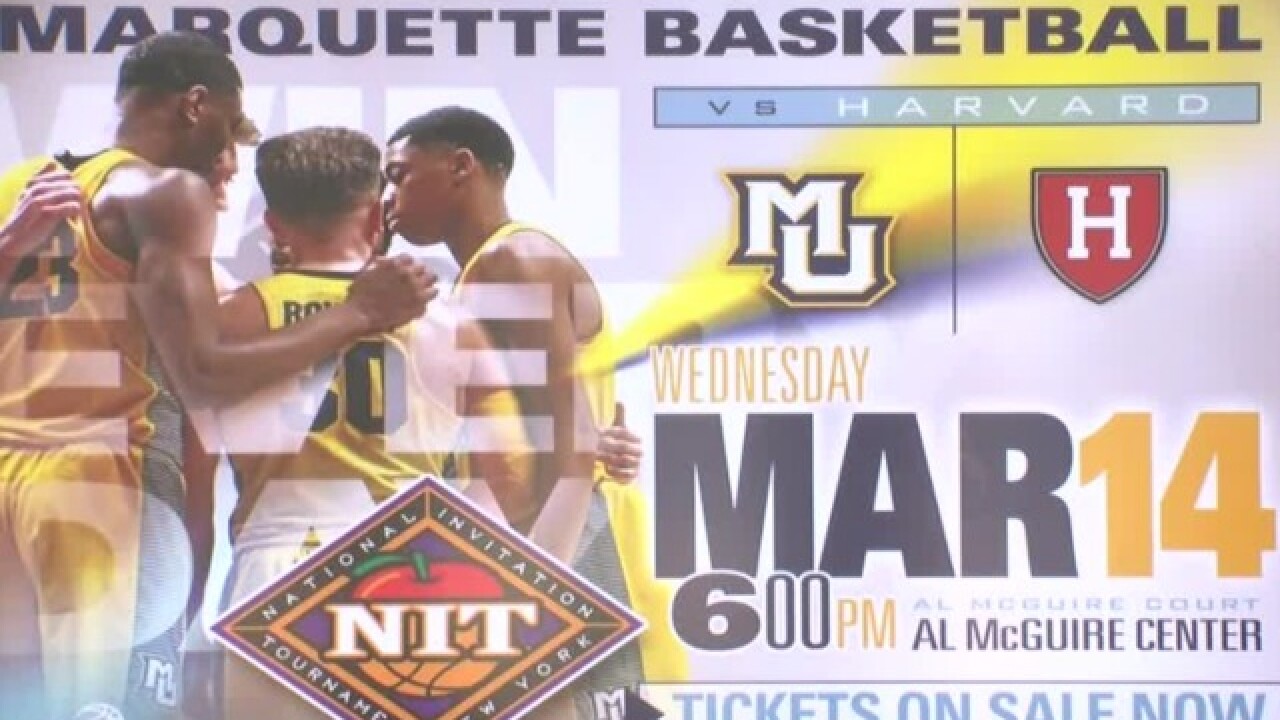 It's a first for the Marquette Men's Basketball Team, hosting Harvard in the opening round of the National Invitation Tournament.

The other first for Marquette, the game will not be played at their usual home, the BMO Harris Bradley Center.

On top of many firsts, the good news is that the Golden Eagles will have a packed house at The Al McGuire Center on Wednesday night. Season ticket holders were able to start purchasing their tickets, for the now sold out game at 9 a.m. Monday.

Paul Rogers was able to purchase four tickets for Wednesday. He says this game is bittersweet because Marquette isn't in the NCAA tournament, but they're still playing.

"I'm not ready to stop watching now and seeing Rowsey one more time is worth the price," said Rogers.

The Assistant Athletic Director of Ticket Sales and Distribution, Brian Morgan, says the lower level sold out earlier in the day on Monday. The men's head basketball coach Steve Wojciechowski make sure The Al was packed by purchasing 500 tickets to give away to Marquette students for free.

"If you have general admission seating, the earlier you get here the better seat you get. There's not a bad seat in the house, here at the Al McGuire Center, but there's only 3,700 seats," said Morgan.

Morgan wouldn't comment on why the tournament is being hosted at the Al McGuire versus BMO Harris. But he did say that Marquette is excited to host the tournament on campus.

By having the game against Harvard at Al McGuire it should bring a heightened level of excitement and high energy that both players and fans during the game.

The good news for those worried about parking on campus, Marquette is on spring break. Therefore, fans could have some more availability when it comes to parking spots. But that doesn't mean too much.

The sold-out game starts at 6 p.m. Wednesday, and doors will open at 5 p.m. The game will also be live on ESPN 2.