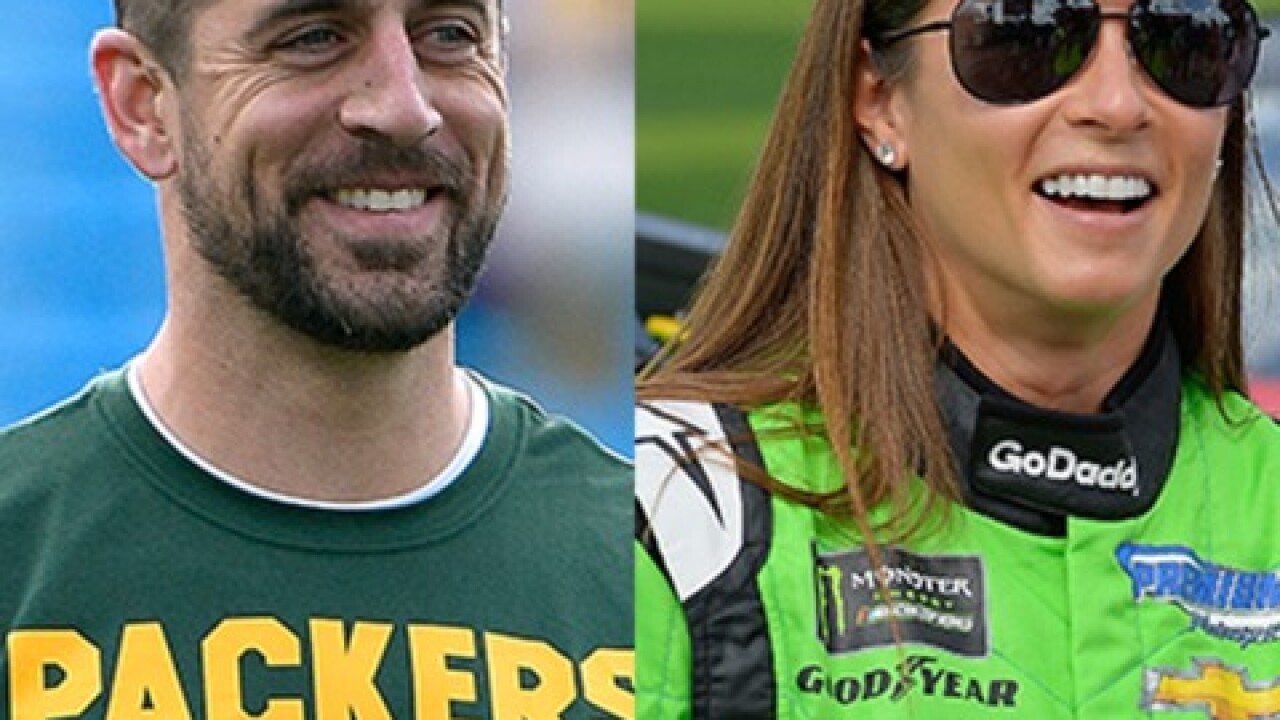 It's Daytona 500 day, and as Danica Patrick prepares for the final two races of her racing career, her new boyfriend, Packers quarterback Aaron Rodgers, is there right beside her.

Doing Daytona with all the people that mean the most to me. 💚 . . @jonferrey 📸 follow @playerstribune and @godaddy for more pics. #danicadouble

Patrick posted a series of pictures on her Instagram with the caption, "Doing Daytona with all the people that mean the most to me," with the last of the five pictures featuring Rodgers standing in a selfie with Patrick and her family.

The couple officially revealed they were dating in January, but said they have been friends for a while.

“We’ve just been sort of friends the whole time, kept in vague touch and seen each other at the ESPYs almost every year, and other places,” she told ForTheWin.com.

Rodgers has been involved in all of Patrick's Daytona festivities, even being spotted climbing down from her pit box Thursday.

Aaron Rodgers climbs down off Danica Patrick's pit box after the second Duel. Rodgers did not speak to reporters as he left. pic.twitter.com/DJDAr2bX3Y

Patrick, 35, split with her long-time boyfriend Ricky Stenhouse Jr. earlier this year, and it appears the new couple is moving along fast.

After racing the Daytona 500 today, Patrick has one more career race, the Indianapolis 500 in May. It will be the second leg of her Danica Double before she officially calls it quits for her racing career.