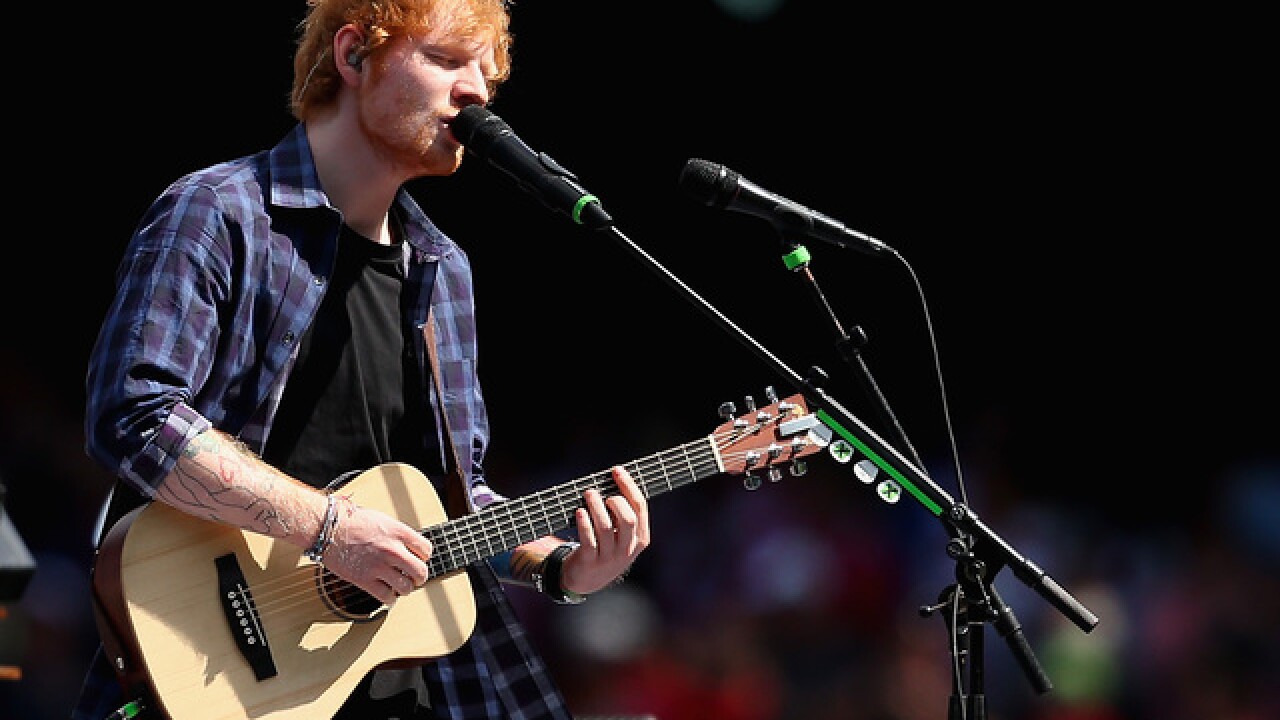 Copyright 2018 Scripps Media, Inc. All rights reserved. This material may not be published, broadcast, rewritten, or redistributed.
Quinn Rooney
MELBOURNE, AUSTRALIA - SEPTEMBER 27: Ed Sheeran performs during the 2014 AFL Grand Final match between the Sydney Swans and the Hawthorn Hawks at Melbourne Cricket Ground on September 27, 2014 in Melbourne, Australia. (Photo by Quinn Rooney/Getty Images)

MILWAUKEE -- Ed Sheeran's scheduled stadium tour this fall had a big impact on NFL scheduling, according to ESPN's Adam Schefter.

Outside of NFL Scheduling mavens Howard Katz and Michael North, here’s the man that might have most influenced the NFL schedule: pic.twitter.com/yxXu9MFB80

Thinking out loud on Twitter, Schefter pointed out that eight teams who had a Sheeran concert scheduled on a Saturday night, did not have a home game scheduled the next day. It lines up perfectly.

In total, Sheeran disrupted the Lions in week one, Patriots in week 2, Giants/Jets in week 3, Titans in week 5, Chiefs in week 6, Vikings in week 7, Cowboys in week 8 and Falcons in week 10.

Sheeran also has a Milwaukee show at Miller Park this Fall -- which is during the MLB playoffs.

The 27-year-old singer, songwriter from the United Kingdom was the best-selling global recording artist of 2017 with his hit singles "Shape of You" and "Castle on the Hill" on his third album "Divide."

Divide went multi-platinum in 36 markets and was the best-selling album of the year.