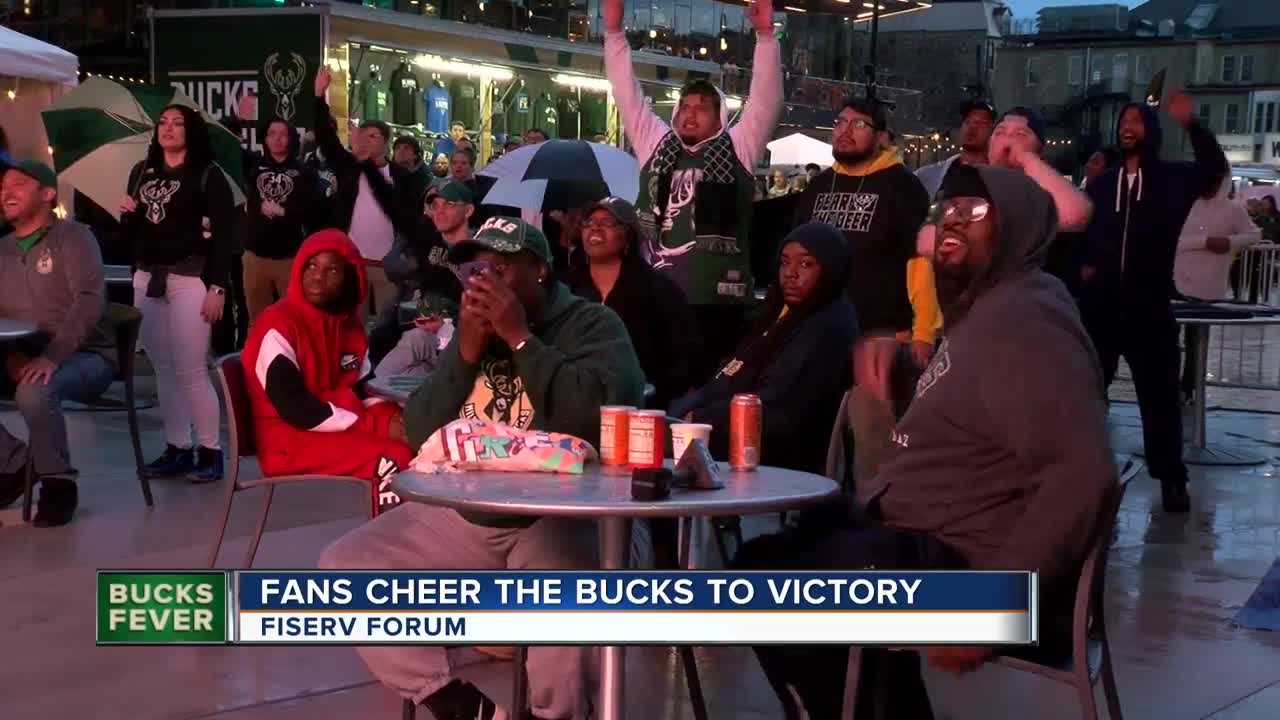 The Milwaukee Bucks fans show out in full force despite rain storms. 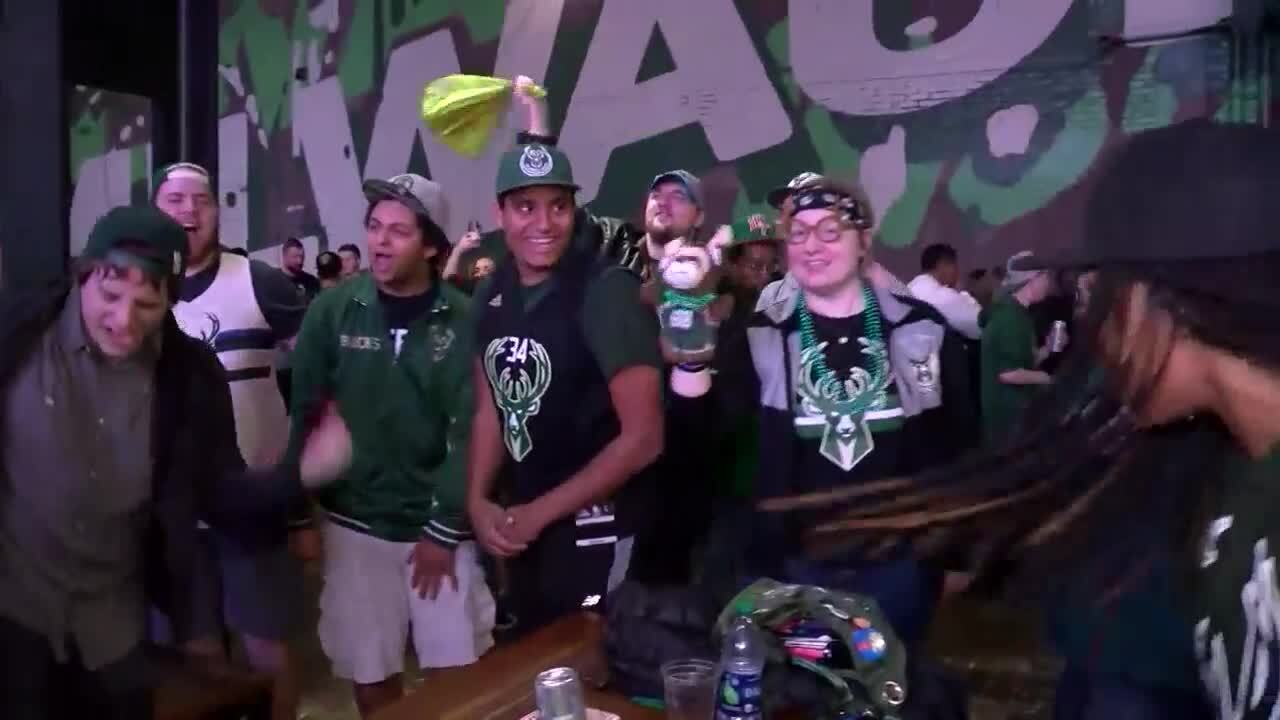 Despite the rain, fans packed into the Deer Plaza just outside of Fiserv Forum to witness the Bucks sweep the Pistons.

Fans brought umbrellas and ponchos to block the rain but for Madeline and Max, Mother Nature wouldn't dampen their spirits.

“It’s not that bad,” Madeline said.

Eric Ellis, and Kathy Rami, used their dance skills to show support for their team as part of the Bucks Grand Dancers.

At age 55, Ellis is the youngest Grand Dancer, he said he has waited three years to be a part of the dance team and for this being his first year, it's been nothing short of amazing.

"We are on top of the world right now," Ellis said.

During the third quarter, fans were forced to evacuate the plaza due to the weather.

The crowd made their way over to the beer garden and chanted “MVP” as the Bucks swept the Pistons 127-104.