'One of the reasons I started playing basketball:' Giannis shares memories of Kobe Bryant [VIDEO] 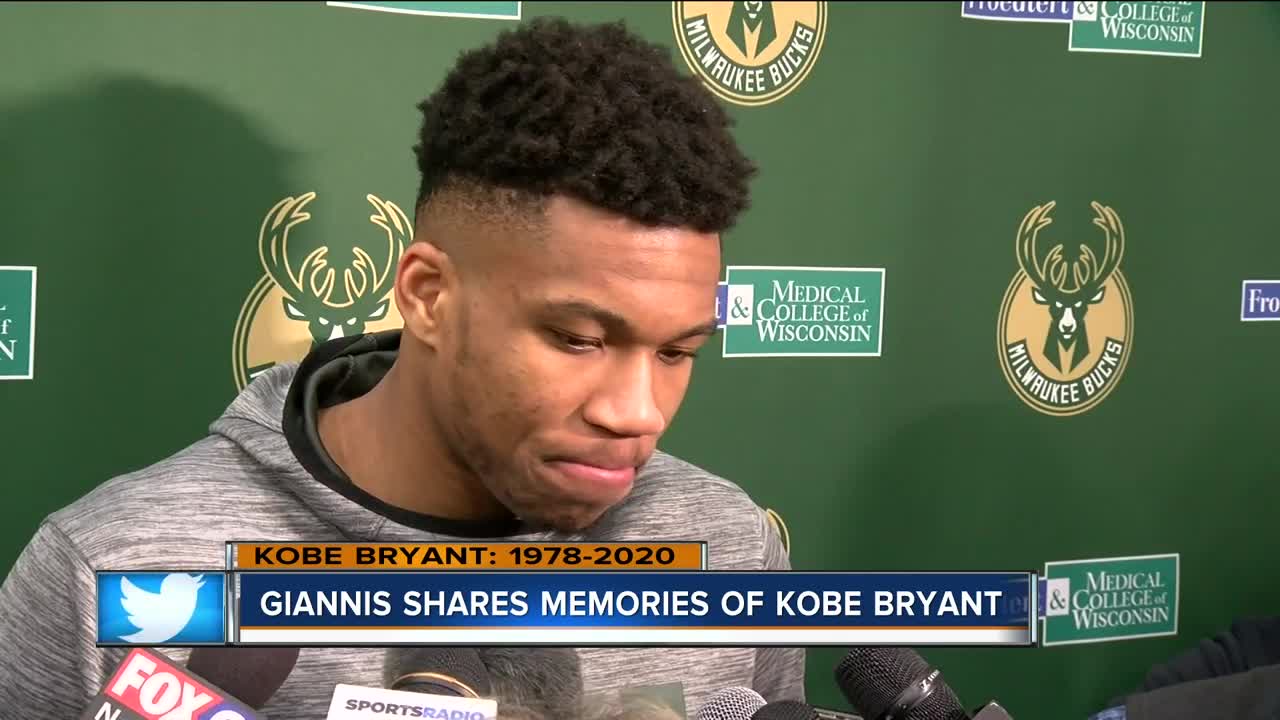 MILWAUKEE — Kobe Bryant is being remembered by fans all over the world, and across the NBA, after tragically dying in a helicopter crash on Sunday.

Giannis Antetokounmpo shared some of his memories of Kobe Bryant, including how Kobe influenced Giannis to play basketball in the first place.

"Kobe means greatness," said Giannis. "Kobe's two different people, the basketball player and the person off the court. He always had that smile, the always had that charisma that he carried with him. I think he touched a lot of people in the world. Touched my family, touched a lot of families that never had the chance to meet him. It's a sad day."

Giannis also said Kobe Bryant was one of the reasons he started playing basketball in the first place.

It's unclear how the Bucks will honor Kobe Bryant when they play on Tuesday against the Washington Wizards. There's no question he will be in their thoughts and prayers when they play.

You can watch the full interview here:

'One of the reasons I started playing basketball:' Giannis Antetokoumpo shares memories of Kobe Bryant