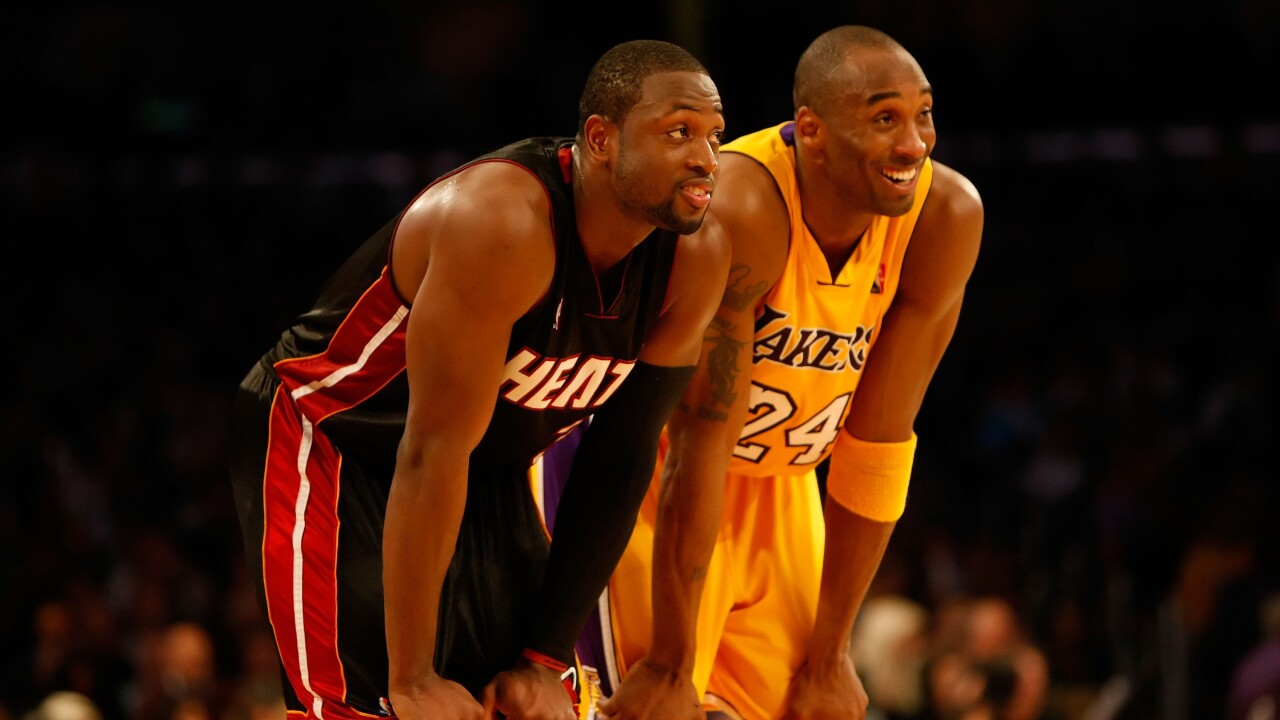 Jeff Gross/Getty Images
LOS ANGELES, CA - DECEMBER 04: Kobe Bryant #24 of the Los Angeles Lakers and Dwyane Wade #3 of the Miami Heat share a laugh in the fourth quarter at Staples Center on December 4, 2009 in Los Angeles, California. The Lakers defeated the Heat 108-107. NOTE TO USER: User expressly acknowledges and agrees that, by downloading and/or using this Photograph, user is consenting to the terms and conditions of the Getty Images License Agreement. (Photo by Jeff Gross/Getty Images)

MILWAUKEE — Following the death of Kobe Bryant, former Marquette basketball star Dwyane Wade spoke out on his Instagram about his friendship with the former NBA star.

In a nearly three minute video, Wade fought through his tears to talk about his friendship with Bryant and the life that he leads.

Wade posted the video to his Instagram Sunday night, just a few hours after Bryant's death.

"Today is one of the saddest days in my lifetime. It seems like a bad dream that you just want to wake up from. This is a nightmare," said Wade on Instagram.

Wade goes on to talk about his family and how they've been sharing stories about Bryant.

"He had so many moments that he has given us. We're so thankful for those moments," said Wade.

Wade mentions that Bryant was one of his favorite players. The two had a friendship within the league and Wade said he's going to miss their friendship.

"When I came in the league I chased him. That's who I chased. I wanted to be respected by him," Wade said.

The former Marquette star continues by thanking Bryant for the memories. Finally, Wade ends the video with this:

"We're going to miss you and it's not leaving today, a week from now, a month from now, a year from now. We will forever miss you, man. You're our legend, you're our icon, you're a father, you're a husband, you're a son, you're a brother. You're a friend. Thank you for being my friend. I love you, brother."