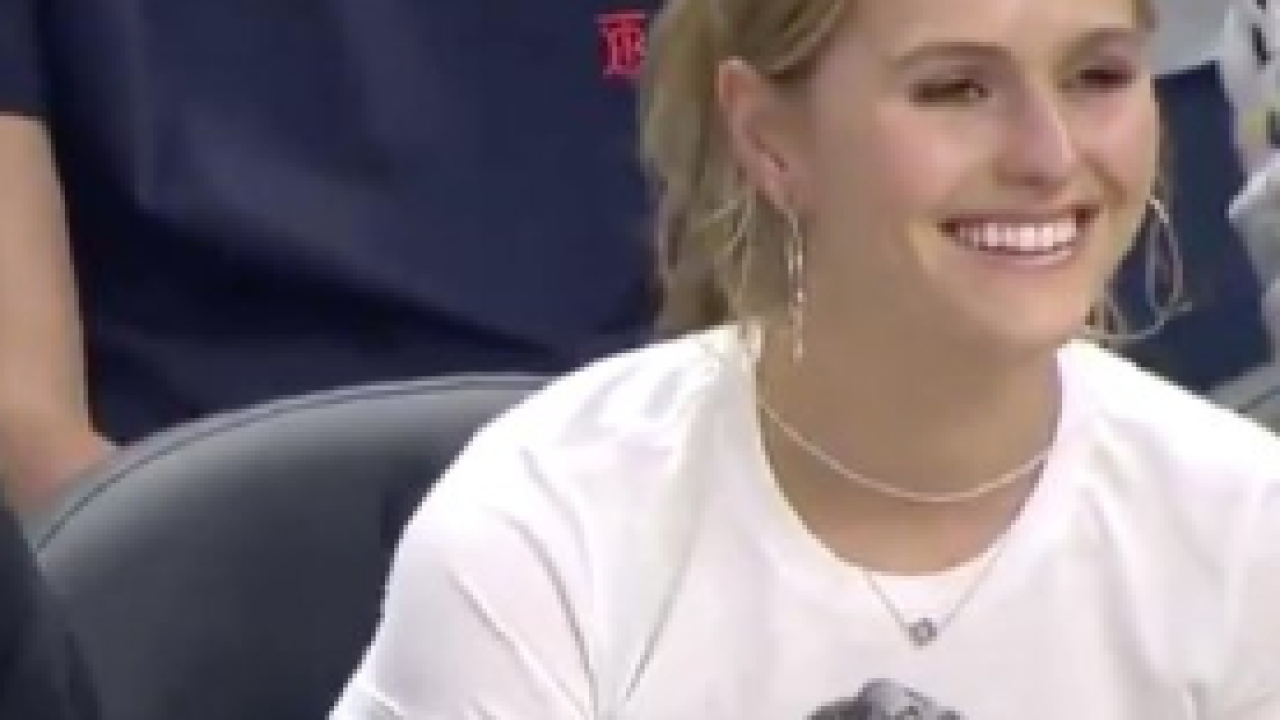 It didn’t take Bucks fans nemesis Drake too long to respond to Mallory Edens after Toronto’s 105-99 Game 5 victory in the Eastern Conference Finals on Thursday night.

Drake, the Raptors superfan who irked Milwaukee fans with his Game 4 on-court antics, changed his Instagram profile picture to Edens, the daughter of Bucks owner Wes Edens, after she showed up courtside wearing a T-shirt bearing the likeness of Pusha T.

Pusha T is a rapper known for engaging in a feud with Drake.

The Raptors lead the best-of-seven series 3-2, and Game 6 is scheduled Saturday night in Toronto.

Drake added a picture of Edens in the shirt courtside at Game 5 to his Instagram story, with the message, "All is fair in war and war and trust me I'll still get you tickets to ovo fest."

OVO Fest was started by Drake nine years ago but has been on hiatus since 2017.

Drake, who likely will be back on the sidelines for Game 6 on Saturday, became the center of attention after parading on the court and giving Raptors coach Nick Nurse a massage during Game 4.